Tyrion Lannister says "I have a tender spot in my heart for cripples and bastards and broken things." Well, buddy, meet Game of Thrones.

Game of Thrones, the popular HBO series following politics and romance in the high fantasy kingdom of Westeros, has plenty of water-cooler moments. Like, how about when you find out that he and she and he have been doing it this whole time, or when that weird lady gave birth to a stab-happy shadow demon? Those are the days you make a few extra trips for free water in the hopes of bumping into someone else who watched, and you don't even like water.

Game of Thrones, the belligerently unimaginative RPG developed by Cyanide and published by Atlus, is the anti-water cooler moment. It is, in fact, largely without moments. It is a long, dull, dreary droning game that you'd have a hard time summoning up the energy to chat about even if the water cooler was stationed directly next to your living room couch.

So, why am I recommending that some of you play it?

It's not Game of Thrones' combat. What may appear in screenshots to be an action-based system is in fact just the opposite, allowing players to queue up three attacks a piece for their lead character and his partner. It's not unlike Dragon Age: Origins, with frequent pauses to load your hero up with commands from a radial menu.

The system works when you're able to create some interesting combinations, like ordering your character to knock an enemy down while his partner performs an attack that does extra damage on a fallen foe. But you can't map abilities to face buttons, so you spend half of battles in menus, which isn't a recipe for fluid, enjoyable combat. Even when Game of Thrones works as intended, it's anything but satisfying, providing neither the thrill of one-to-one combat nor more strategic pleasure of turn-based systems.

But the lackluster combat system actually fares pretty well when compared with the rest of the game. Graphically it ranges from artistically uninspired to technically broken. It's bad enough that everything is so poorly animated, but when characters appear and disappear at will from cutscenes? Unacceptable.

"EVEN WHEN GAME OF THRONES WORKS AS INTENDED, IT'S ANYTHING BUT SATISFYING." 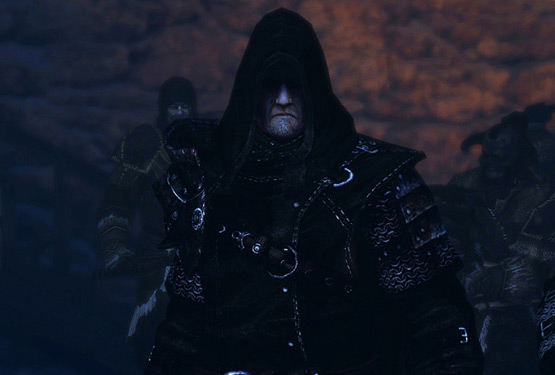 TEven when individual characters aren't bugged, the environments are so devoid of features or charm that it actually makes navigation a problem. Visiting a franchise landmark like King's Landing should be a thrill, but if not for the quest text informing you, you'd never know you were there and not in Lower Browncastleville.

Structurally, it's a largely linear affair that has you hacking and slashing your way from A to B, with only a handful of sidequests to divert you from the path. There are some brief early flirtations with missions based on navigating conversations rather than swordfights, but they're poorly constructed and promptly jettisoned.

Game of Thrones attempts to start atoning for its many sins of blandness with its story. Though named for the first book in the Song of Ice and Fire series, the game largely predates the events of the book (and the first season of the HBO series). Smartly avoiding the twice-trod ground of the book and first TV season, the game's story is told from the perspective of two men who've abandoned a life of warfare in drastically different ways.

The first, Mors Westfold, has for 15 years been a member of the monastic Night's Watch, protecting Westeros from the horrors that lie to its north and swearing off practically all of life's pleasures and attachments. Alester Sarwyck has taken up with the Red Priests who serve the Lord of Light, R'hllor, and let's just pretend for the sake of my dignity I had to Google that spelling (I did not).

The game's story weaves in between these two gruff, dour men, often shifting focus when the narrative action heats up and creating some killer cliffhangers. Perhaps showing the influence of franchise creator George R.R. Martin (who consulted on the game's story) both the pacing and tone ofGame of Thrones will be comfortingly recognizable to fans of the books and TV series.

In fact, it's exactly that group that may want to consider givingGame of Thrones a shot. The game provides some interesting backstory for the events of the series and even creates some tantalizing other threads that haven't been explored in other media. 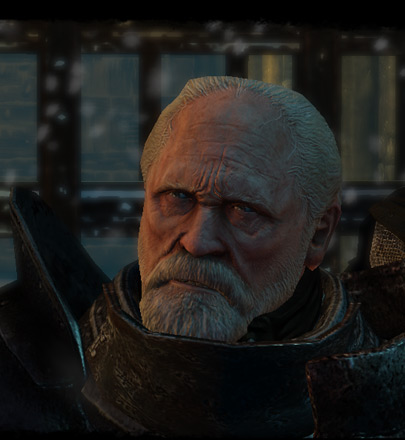 FICTION SUPERFANS MAY BE ABLE TO PUSH THROUGH GAME OF THRONES

If you're able to relish all the subtle nods and cameos from established characters, you may, may be able to find the energy to push yourself through the rest of Game of Thrones' blandness. And even then, it's a little like licking a ceiling clean of mayonnaise to reveal the trompe l'oeil underneath. Yeah, sure, it's pretty, but how's your tummy doing? Because you look terrible, and we're all really worried about you.