Heroes of Ruin fails to make good on its initial promise of a worthy portable substitute for Diablo.

Heroes of Ruin's best moment comes before you start the game. Judged on its pre-startup options, this is one of the most ambitious 3DS releases yet - a portable action-RPG that borrows all of the online openness and scale expected of PC-native releases like Diablo III and Torchlight II. A drop-in/drop-out co-op loot-fest on the go? It sounds like a dream come true.

But Heroes of Ruin serves as a cautionary reminder of the incredible amount of work and polish that goes into such a seemingly simple concept as a hack-and-slash game. Heroes of Ruin is overflowing with potential, but developer N-Space fails to deliver on some of the most basic requirements. 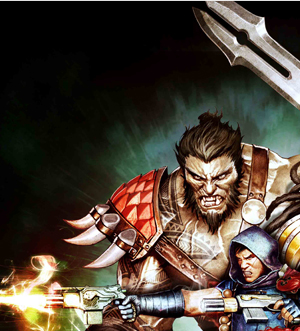 Heroes of Ruin's structure is classic, tried and true. You choose one of four classes, each of which has three separate skill trees to swap between. Each time you level up, you'll gain a single skill point as well as three stat points to pump into basic qualities like "Might" and "Vigor."

Whether you choose a melee class like the Vindicator (i.e. warrior) or a ranged class like the Alchitect (i.e. mage), you'll put some serious wear on your 3DS' "B" button. The three other face buttons are assigned to mana-draining Skills, but you'll fight so many lesser opponents that more powerful skills often feel unnecessary.


Heroes of Ruin breaks briefly out of the mindless button mashing cycle in its boss battles. Encounters against powerful wizards and gigantic dragons require patience and attention wasted anywhere else in the game. I was at least the tiniest bit engaged figuring out how to topple pillars onto one dungeon boss' skull, which is more than I can say for the rest of the game. 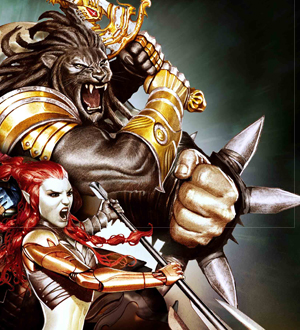 Then again, in most hack-and-slash games, it's the drive for more loot that keeps you going rather than complex game mechanics, but Heroes of Ruin screws that up as well. The equipment menus are a pain to navigate, and the colorfully mismatched gear doesn't change in appearance often enough.

Part of the blame for look-alike loot belongs to Heroes of Ruin's ugly, low-detail engine, which also makes a mess of the game's generic fantasy environments. Dungeons are distinguishable only by whether they are a muddy splotch of green (forest!) or a muddy splotch of white (mountain!).

But problems with the loot are more than skin deep. Diablo-style games have a finely-tuned economy - an expertly-crafted series of interlocking systems dictating how fast you gain new gear, money, and upgrades. Even with wise considerations like the ability to sell unwanted armor while in a dungeon, Heroes of Ruin's economy is hopelessly broken. The flimsiest enemies drop mountains of goods and gold. With upgrades few and far between and very little worthwhile to spend money on, I sold off most of what I found and built my fortune to the maximum the game would allow (99,999 gold) by the halfway point. 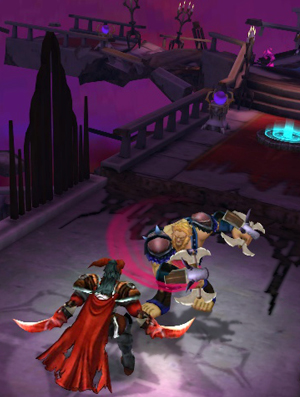 In addition to full coffers, I spent the majority of the game carrying an unmoving stack of 20 health potions and 20 mana potions. I almost never blocked or dodged and still only died a handful of times. The only roadblocks that exist in Heroes of Ruin are of the cheapest variety - such as an enemy type that can one-hit kill in one of the final dungeons. Even in those cases, you lose nothing from dying and respawn nearby -there's no meaningful feedback.

Let's say you can get past all of these problems. Let's say you're fine with terrible graphics, bad loot implementation, and dumbed-down gameplay that barely requires being conscious. You're willing to forgive all for the sake of the classic co-op hack-and-slashing.

You're clearly more patient than I am, but Heroes of Ruin will still let you down. While four-player, drop-in/drop-out co-op is an impressive feat on the 3DS, it doesn't work as advertised. Connecting to another player's game takes well over a minute of loading. Once in, I wasn't able to find a session that lasted longer than five minutes before a connection was lost or an error booted me to the 3DS home screen.

Even if you're able to get the online working consistently, it won't last long. Heroes of Ruin only has one difficulty setting, no new-game+ option, and the level cap rests at 30. In a genre known for longevity and replay, N-Space's choices here are dumbfounding.

That level 30 cap comes quickly too. I didn't do every sidequest but still made it to level 26 by the end of the game. Or at least it would have been the end of the game, had I not encountered a progress-blocking bug in the final act. Chalk up another disappointment on Heroes of Ruin's long list.

HEROES OF RUIN IS FULL OF FRUSTRATION AND FAILURE

And so the dream of a functional portable loot-based RPG shimmers just out of reach, like that next sword upgrade you've been hunting for hours. Heroes of Ruin has noble enough goals, but all the best intentions can't make up for such a total failure of execution. Diablo's formula may seem simple, but within that simplicity Heroes of Ruin finds plenty of room for frustration and failure.