At its core, Mario Open Tennis mandates a certain level of skill to be played competently. And why shouldn't it? Sports don't characteristically hinge on luck, chance, or happenstance.

Professional athletes are paid mind-boggling sums of money supposedly because they're skilled, not because they're luckier than their amateur-league counterparts. The draw of sporting events - aside from the history of a good ballpark or respective savoriness of a seven-dollar bratwurst - is that we get to revel in athletic prowess that few of us will ever have the perseverance to possess.

Mario Tennis Open has its strengths and weaknesses, and a skilled player who's familiar with the shots and where to place them will almost always best a total novice. Unfortunately, once you and your opponent possess equal shares of tennis prowess, that competence yields to chance in a big and unsatisfying way.

The vanilla tennis experience is just as strong as it has been in Camelot's other sports entries into the Mario franchise. Between flat shots, lobs, drop shots, topspin, slices and dives, players have a lot of tools in their arsenal to befuddle their opponent. Mechanically, Mario Tennis Open is pitch-perfect: whether you're playing singles or doubles, your mind always races to determine how to best put a shot somewhere your opponents can't reach while simultaneously maintaining your own court position.

MORE OFTEN THAN NOT THE OUTCOME IS DECIDED BY CHANCE SHOTS

The opponent's AI scales beautifully, giving you room to learn the art of ball placement in your first few tournaments without punishing you too much. In later tournaments, the difficulty spikes; but by that point, you're well prepared to face it.

But neither of those things matter very much. In nearly every match I played, victory or defeat didn't hang on my ability to read and return shots or even the skill of my opponent. More often than not, the outcome was decided by Mario Tennis Open's most regrettable feature: Chance Shots. 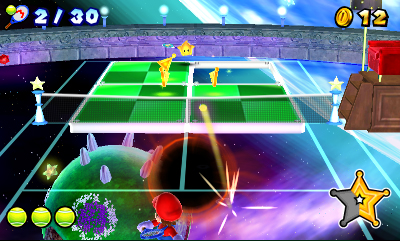 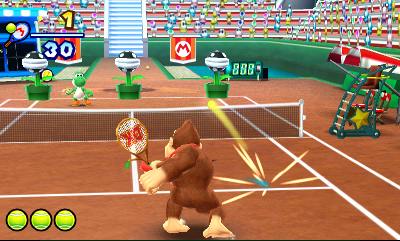 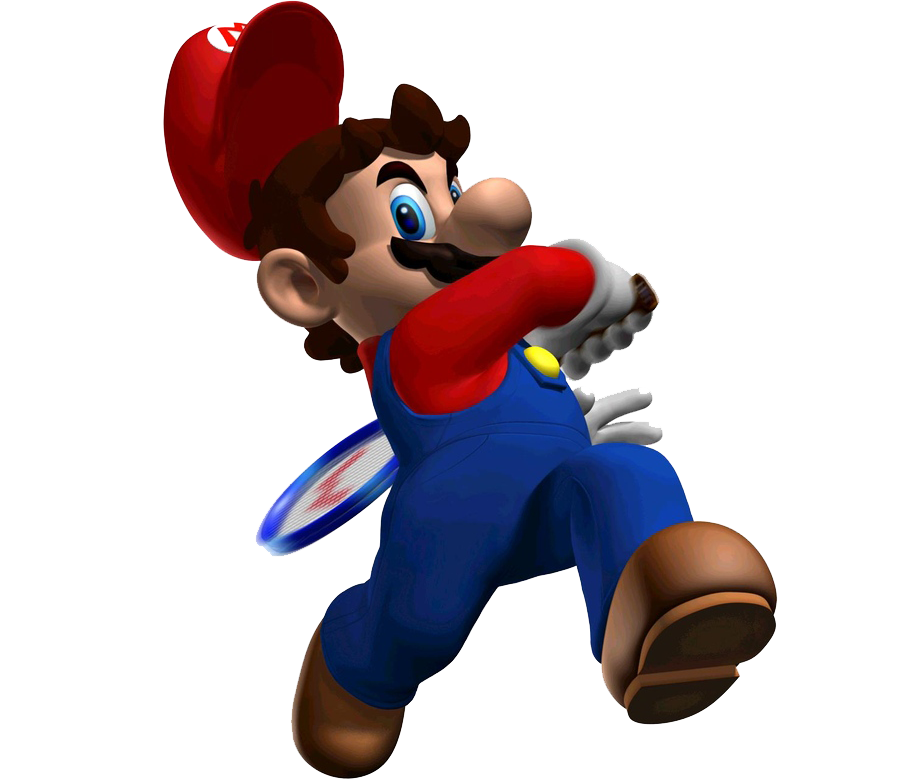 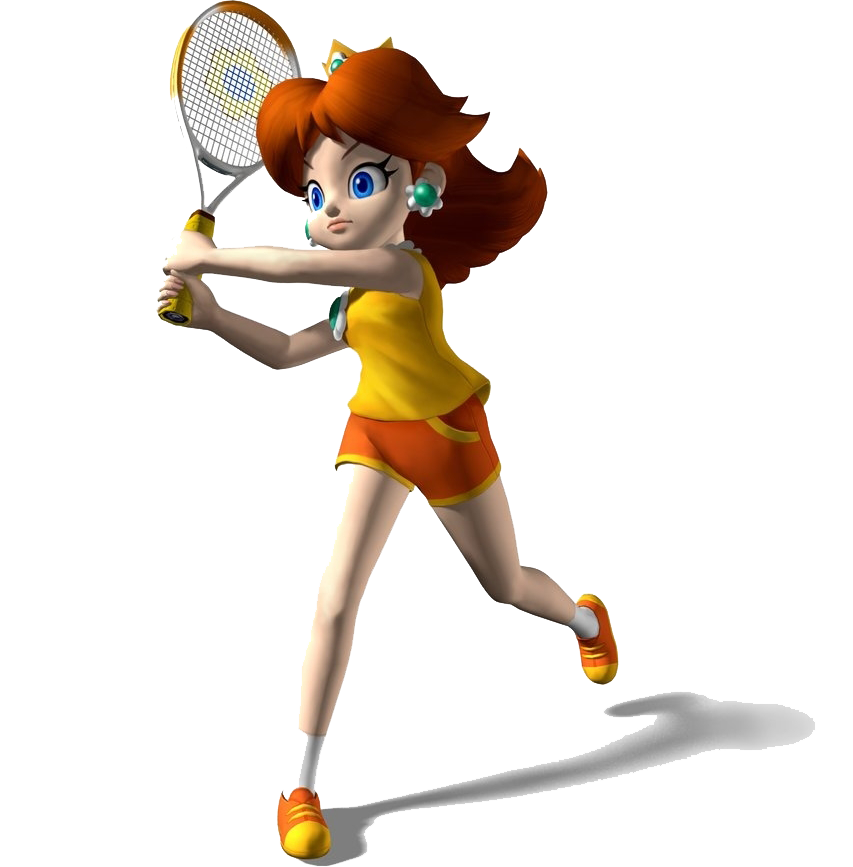 Chance Shots appear randomly on either side of the court, showing up at the point of impact of the incoming volley. There's one bonus already - they show you exactly where to stand to return your opponent's shot. Each of these hot spots has a color which corresponds to one of your different shots (blue for slices, red for topspin, and so on).

By hitting the matching color's shot - or by hitting the Simple Shot button, which automatically does the appropriate command with lessened power - you launch a super-powered version of the shot back at your opponent. Drop shots lose their inertia instantly, leaving your opponent diving for the net. Lobs shoot into space before painting the back line. Flat shots break the sound barrier. If you're tricky, you can run to the Chance Shot, but do a different shot, effectively juking your opponent.

99 percent of my victories in Mario Tennis Open were thanks to Chance Shots. The normal arsenal of shots seems pathetic by comparison. My opponents, easy or hard, returned regular shots with very little effort, but the correct sequence of Chance Shots more or less assured me the win.

It's a system that begs for some semblance of balance or reason, because, at the end of the day, it's still pretty fun. When they're scarce or evenly distributed, figuring out how to place your Chance Shots (and how to properly counter your opponents) is genuinely engaging. But when streaks of one-sided Chance Shots pop up, which they so often do, it leads to unearned victories and frustrating defeats. After a couple hundred of those, the shine comes right off the apple.

And no, you can't turn Chance Shots off. They pervade all eight of the singles and doubles tournaments, all the exhibition matches, and even the local and online multiplayer modes, of which there are few.

The only area of the game without Chance Shots are the mini-games, which - possibly as a result of this deficiency - are delightful across-the-board. All four modes - from the classic Ring Shot to the clever Super Mario Tennis (in which you play Super Mario Bros. with well-aimed tennis shots) - challenge dexterity and familiarity with the different kinds of shots, rewarding Coins which you can spend on new stat-boosting items for your playable Mii.

Of course, after completing the different challenge levels of each mini-game - a process which took a little under two hours - I didn't feel much desire to return to them. All of Mario Tennis Open's single-player offerings are surprisingly brief, actually. Compared to Camelot's earlier Mario Tennis titles, some of which were deep and rewarding tennis RPGs, the experience here feels anemic.

MARIO TENNIS OPEN IS COMPLETELY BETRAYED BY A SINGLE MECHANIC

What little content is here doesn't reach the heights that it should. I can't remember the last time an otherwise superb game was betrayed so completely by a single mechanic. Instead of making the whole of Mario Tennis Open about strategically countering your opponent's volleys â a system which is fully and brilliantly implemented â Camelot has made it an afterthought. It's something you do to stay alive while you wait for the stars to align.