Pokemon Conquest comes close to giving the franchise a much-needed conceptual shake-up, but falls flat in nearly every strategic consideration.

Pokemon Conquest is the franchise's latest attempt at something different over its decade and a half-long reign - Pinball tables, roguelikes, Puzzle League remakes, safari sims, and so on. It's surprising, then, that wasn't untilPokemon Conquest that the series dabbled in a genre that it's seemingly perfectly tailored for: The tactical SRPG.

On a very broad level, it's inspired. The measured six-on-six battles of the series becomes something brilliant when all twelve combatants are on the field at the same time. Instead of building strategies around swapping out monsters to surprise enemies and exploit elemental weaknesses, you have to maneuver assets to exploit those same weaknesses while defending your own. It's exciting in a way that Pokemon has never, ever been.

But games have to be more than the realization of broad concepts with no consideration for the mechanisms underneath. The ideas poweringPokemon Conquest are genius, but the scaffolding that holds them up is rotten to the very core. 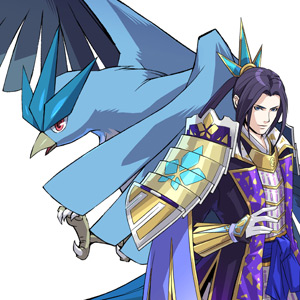 Pokemon Conquest tasks you with conquering the 17 kingdoms of the Ransei region by building an army of Warriors - who in turn have their own ranks of Pokemon - and waging war against your neighboring regions. You're able to take six Warriors' Pokemon onto the grid-based battlefield with you, each of which has access to just a single attack with varying range and elemental type. In true Pokemon fashion, much of the game is exploiting the weaknesses of a kingdom's Pokemon, which almost always adhere to a single element (much like the gyms in Pokemon proper).

In addition to their one-move arsenal, each Pokemon is supported by a passive ability and a special ability belonging to their Warrior. It's enough to give combat depth and variety - and it's good that Pokemon Conquest didn't shoot for the four-move arsenal of the core Pokemon games, because it possesses some of the most laborious macro and micro-management I've ever seen in a strategy game.

Your army never feels like a cohesive unit, largely because it isn't. They're spread out across the land of Ransei in up-to-six-person clusters, and if you want to equip them or move them to a more strategically beneficial kingdom, you'll have to find them and do it manually. There's no "Army Menu" to speak of - only a list of all the Warriors in the region, which is really only used as a filing cabinet for keeping tabs on which Warriors are where.

The problem might just be the unnecessary layer of Warriors themselves. See, each Warrior in Pokemon Conquest can have multiple Pokemon in their thrall by "linking" with a wild monster in battle. Pokemon become stronger as they fight with or perform odd jobs with their master, enhancing those links. The issue: Each Pokemon can only reach a 100 percent link - their maximum potential - with their "perfect master," and there's absolutely no way of telling who that's going to be.

Once you enter a battle with a wild Pokemon, a bronze, silver or gold indicator over its head shows how strong of a link a Warrior can hope to achieve with it. But if you see a rare or desirable Pokemon on the overworld map before engaging in battle, there's no way of knowing which Warrior to bring into the fight to capture it, and train it to its pinnacle. The result is an unimaginably tedious guessing game.

Even after you've made some worthwhile links, readying your troops for battle is a total nightmare. 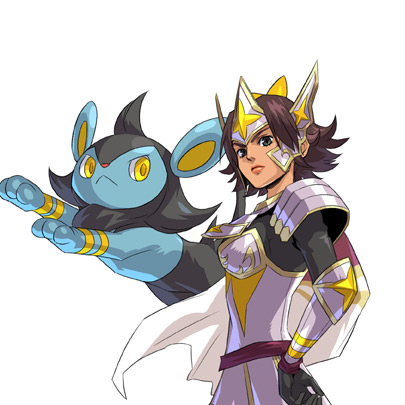 Say you're about to launch an assault on a neighboring kingdom, whose denizens all use Fire-type Pokemon. You want to bring in an aquatic heavy hitter, so you sort through the list view to peruse your Warriors' Water-type Pokemon. You select a Warrior with just such a monster, set it as his or her active monster, then take note of which city they're located in. You find them in Pokemon Conquest's map view, and enter the kingdom's menu to equip him with a Potion or other special item. You then have to "march" that Warrior to a kingdom neighboring the one you're planning on attacking - assuming you don't already have six Warriors in that kingdom. In that case, you'll need to march one away to make room.

It's an unbelievably clumsy method of party management masquerading as a much more complex global war simulator. The game suggests that you strategically place your Warriors throughout the map to maximize their growth and establish defensive strongholds. It's not necessary - apart from a single, scripted encounter, my enemies never attempted to invade any of my kingdoms so long as I left one or two Warriors on them. Each Warrior can also be set on automated training regimens, making defending your kingdoms a strictly set-it-then-forget-it affair.

And that whole motive is betrayed by the fact that you can't even attack a rival kingdom without your main character and Oichi, his constant companion, in your party. You're not making tactical, month-by-month decisions to ensure the even, thoughtful spread of war assets. You're always collecting your strongest Pokemon for their next big fight, just like you would in any other Pokemon game - only now you have to dig through a hundred feet of unnecessary bullshit to do so.

Pokemon Conquest wants you to collect Pokemon â just like in the core series â but has made doing so a chore. It wants you to raise an army, but tasks you with managing it one soldier at a time. It wants you to strategically position your troops around the world, but also makes it unnecessary. It wants to be so many games, and for each of its inspirations, it delivers a different demand. As a logical and unfortunate result, Pokemon Conquest is just too damned demanding.