Review and information for Shoot Many Robots

Shoot Many Robots' conceit is so obvious, so peanut butter and insert-your-beloved-food-item-of-choice, that it's hard to understand how it hasn't been run into the ground already.

A side-scrolling shooter with leveling and loot, Shoot Many Robots combines the old school, arcade charm of four-player twitch action with the persistence of modern titles. And magically, Demiurge didn't take that idea and trip over itself screwing it up.

The story exists as a contrivance to have a dude shoot a lot of things, which isn't a problem. While the hero of Shoot Many Robots doesn't have a personality to speak of, the game itself has charm leaking out of every orifice. Demiurge doesn't just nod to the absurdity of its hillbilly-hunting-robots premise, it runs a marathon with it. Homebase is your RV, the gunstore is in your bathtub, and beer is pretty much the only thing of any concern. That and shooting (many) robots, that is.

You'll want help, though. Shoot Many Robots scales its enemy density based on the number of players, and it doesn't really click properly solo. The pacing just feels off — I either felt like I wasn't given enough to shoot, or I was totally overwhelmed.

With multiple players, fallen allies can be revived, there are more robots to shoot, and life is good. The basic design encourages teamwork. Nuts, the currency of Shoot Many Robots, are shared between players from level to level, and everyone contributes to a single score multiplier. You'll all be laughing together, murdering robots, and SMR balances the good-natured impulse to screw over your friends by grabbing power-ups with loot drops designated for each player.

Shoot Many Robots gets the hook of good loot perfectly. Sure, there are better guns, and there's enough variety in how guns work, their range, and their weaknesses that experimentation is encouraged. But it's not just about finding better stuff. It's about making tough choices with regards to the benefits that seem like they might pan out best. Fishnet stockings might give a massive bonus to damage and speed, but result in reduced health and fewer beers. A diving bell helmet might double your bullet damage but disable your character's slide move, which is especially useful against large groups of robots. And a pair of butterfly wings might massively increase your damage, but make jumps more floaty and difficult to control. 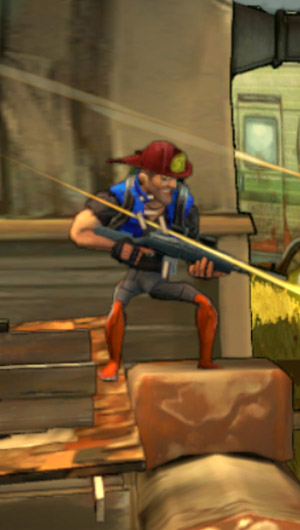 Also, all of those things look completely ridiculous by themselves, much less together. Shoot Many Robots' loot system is so over-the-top that it's immediately charming. An expectation is built that new gear will be more outrageous, and that the more powerful it is, the more absurd the visual that goes along with it. There's a sense of the chase in finding more ridiculous crap, whether you'll use it or not, because it's all unique, and it's all got a personalized blurb. But that uniqueness is a liability longterm.

More specifically, that liability is the finite nature of Shoot Many Robots' loot and levels. Once you clear Normal difficulty, you've seen SMR's bag of tricks. Hard and Nightmare modes will unlock "new" versions of those levels, with more powerful versions of the enemies you've already seen. At that point, SMR is all about grinding levels and finding more loot — loot that will run out. And if you don't have friends to play with, Shoot Many Robots borders on insurmountable two thirds through. To destroy enemies with any sort of efficiency, you have to equip items that multiply your damage, but those same items have a tendency to reduce your health, leading to repeated one-hit-kills and death-by-swarms.

IF YOU CAN GET SOME FRIENDS TOGETHER, SHOOT MANY ROBOTS IS A PERFECT WAY TO SPEND A WEEKEND

But that's OK. Shoot Many Robots doesn't try to be everything. It aims to be an arcade co-op shooter with hooks, and those hooks are sharp as hell thanks to some clever writing and thoughtful, diabolical loot design. That narrow ambition pays off in a game that might sound like a side-scrolling Borderlands clone on paper, but stakes out territory all its own in practice. If you can get some friends together, Shoot Many Robots is a perfect way to spend a weekend or two, traipsing through robot corpses in your prettiest propeller beanie and tutu.

Shoot Many Robots was reviewed using code provided by Ubisoft. You can read more about Polygon's ethics policy here.

Our review of Shoot Many Robots 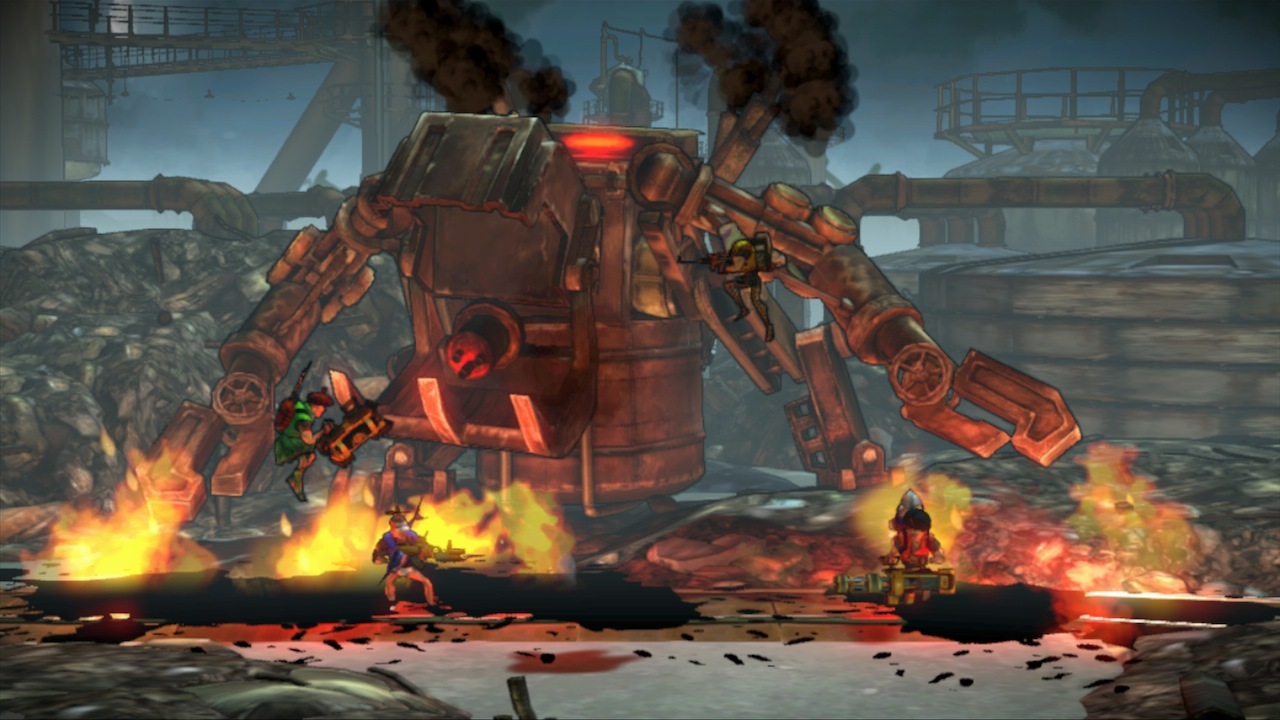