Share All sharing options for: Wreckateer review: under siege

Review and information for Wreckateer

Iron Galaxy finds some fun with 'Angry' projectiles, but Wreckateer's world can't always hold together the way it should.

Wreckateer makes it very hard to sound erudite. Even as different power-ups and bonuses are erratically layered onto the game's core formula, it remains straightforward: You need to make things fall down by throwing other things into them, and then you need to do it again.

In this sense, comparisons between Wreckateer and Rovio's Angry Birds are appropriate, though not completely fair. Sure, both have similar constituent features: precarious structures, snarling green-skinned foes and shots with varying trajectories and applications. However, for better or worse, Wreckateer sets itself apart with much slower pacing - a design choice which results in method and madness.

WHEN WRECKATEER WORKS, IT'S AWESOME

Regardless of which type of shot you fling castleward out of your ballista, that shot will hang in the air for much, much longer than the average Angry Bird. Firing a projectile inWreckateer is never a set-it-and-forget-it activity. The Flying Shot can be steered like a hang-glider, letting you pick up strings of bonus points scattered throughout a stage. The Bomb Shot can be detonated before impact to clear out multiple load-bearing pillars at once.

Even the "Basic Shot" is anything but - it can be slapped around in mid-air to alter its velocity, letting you curve it into valuable bonus pick-ups before curving it again into the base of a toppling tower.

TWreckateer demands that you play with your shots after they've left the ground, representing not only a clever alteration of the Angry Birds fomula, but a frank recognition of the Kinect's interactive limitations.

If the game was solely focused on aiming and firing siege weapons, it would be very, very bad, because it would be very, very boring. But also, Kinect-firing your ballista - a process which involves stepping forward to grab your shot, pulling back to determine power, then moving in 3D space to determine your firing solution - only works so well, thanks to the "firing" gesture of flinging your arms to your sides, which frequently screws up your alignment.

But you can fix it in mid-air! And you will, and you'll use your brain and eyes to find the weakest, most chainable parts of the level to destroy. And you'll study your shot types, and decide where to use them to their maximum efficiency. And you'll build multipliers, and you'll win, and you'll complete Famestar challenges, and you'll unlock new Avatar items, and you'll beat your Xbox Live friends' scores. And you'll keep playing, because when Wreckateer works, it's awesome.

But when it doesn't work, man, Wreckateer can go straight to hell.

WHEN WRECKATEER DOESN'T WORK, IT CAN GO STRAIGHT TO HELL.

Wreckateer is plagued by imprecision, but not for the reasons you'd expect. With little exception, the Kinect controls work without a hitch: it's the world you're controlling that operates in defiance of physics and logic and science. A shot you thought would be a clunker can level a whole building, and a shot you thought would take down an entire castle might just scuff the paint.

And when those latter scenarios occur, the artificial duration of each of the turns that preceded it will cut like a knife. You can earn Mulligans by taking out each castle's inhabitants, which will save you a bit of hassle - but when you run out, you'll have to do all of your meticulous planning, aiming, and cajoling all over again. As levels become more repetitive and score-based medals move further out of reach, the prospect of going through the motions again goes from unappealing to infuriating.

WRECKATEER IS WELL-SUITED TO PARTIES, BUT SINGLEPLAYER CAN FEEL LIKE PUNISHMENT

In small, small bites, Wreckateer's chaos is infrequent enough to be relatively inoffensive. It's actually well-suited for a party game, as its score-chasing design and habit of overstaying its welcome are built for frequent turn-passing. But trying to storm through a few dozen castles in one, single-player session is an invitation for dismay, because in Wreckateer, repetition isn't education - it's punishment. 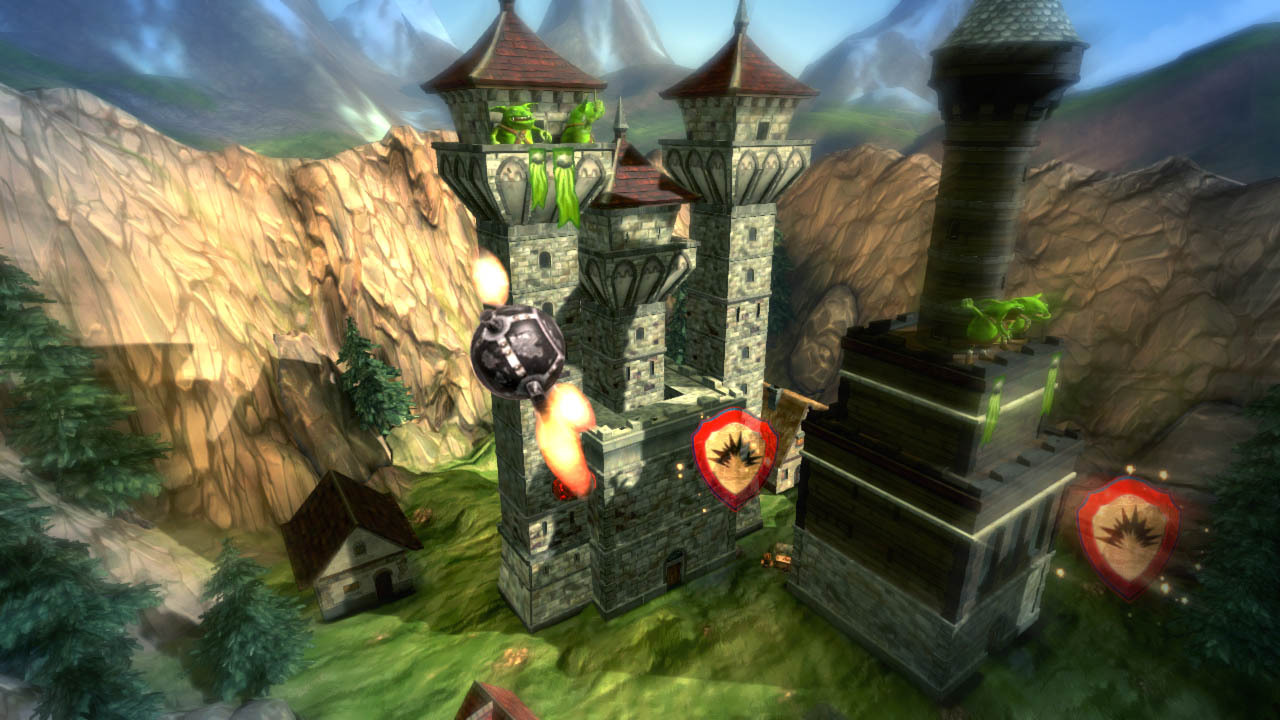