With Dance Central 3, Harmonix has pushed Kinect to new heights, and made its best sequel yet

Dance Central 3 represents the most profound understanding of what the Kinect is capable of to date.

While other titles are designed around the hardware's unique control limitations, Dance Central 3 doesn't sacrifice a modicum of quality at the altar of motion. Instead, Harmonix has used that motion in ways that no developer - not even itself, until now - has thought to in the lifespan of Kinect.

It's also the best sequel Harmonix has ever put together. 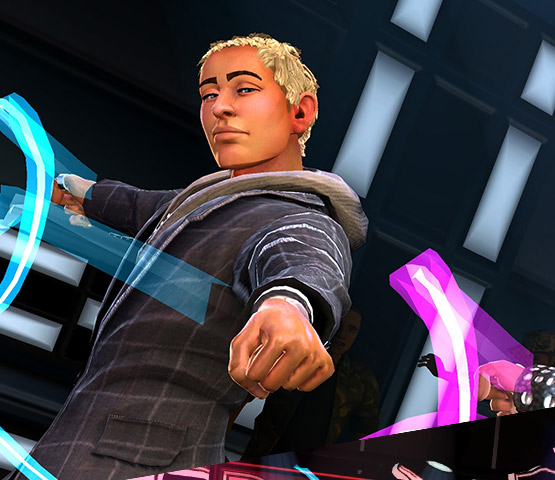 So much of the attention that's been paid to Dance Central 3has been placed on its campaign, which exchanges the Breakin' 2: Electric Boogaloo-esque crew battles of past games for a whimsical tale of time travel. You, an agent of Dance Central Intelligence, are tasked with leaping through the past in search of dance crazes with which the nefarious Dr. Tan is committing "dance crimes" in the present. (Or something.)

It never comes close to taking itself seriously. It's joyful and bombastic throughout, vaulting to a climactic finale before jumping into a second "Master Quest" full of unlockables. But there's something much, much more special lurking inside of this third installment: the option to make your own dances.

This option comes in the form of two mini-games, the first of which is aptly titled "Make Your Move." In it, two players take turns choreographing one move at a time, creating one of the series' iconic flash cards. After creating a move, your opponent has to attempt to perform it, and then they make their own. After four moves have been created, they're arranged into a routine for whichever song you picked before starting the match.
KEEP THE BEAT IS AN ABSOLUTE REVELATION

It's flabbergasting that nothing like this has ever appeared in a dance game. It worked perfectly with Kinect - provided the move-creator was able to do it the same way four times in a row. Failure to do that can result in losing your chance to make a move, giving the whole mode a sense of HORSE-esque tension.

Dance Central 3's second freestyle mini-game, which is called Keep the Beat, is an absolute revelation. 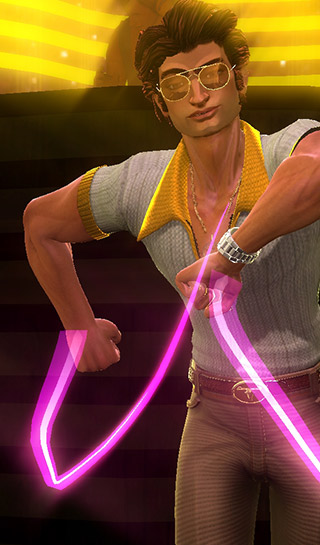 Rather than taking turns making moves, two players simply dance - with no flash cards or prompting of any kind - to the beat of a chosen song. Dance Central 3detects if you're moving rhythmically, and if you can stay in sync with the music for long enough, you'll go "In the Zone," multiplying your points.

It's a simple mechanic that achieves brilliance with its only other rule: If you can copy whatever freestyle moves your opponent is throwing down, you'll steal their combo, and knock them out of the zone.

You are, effectively, trying to mirror your opponent's moves as they're making them up. You're also making sure that they're not mirroring your own - a difficult multitask, as you're still trying to dance to the rhythm as you monitor your foe. If they start to cop your style, you'll throw in impromptu, erratic (but still rhythmic) flourishes to throw them off. It's a hilarious, ecstatic piece of folk gaming, engineered perfectly into the very fabric of the Dance Central experience. 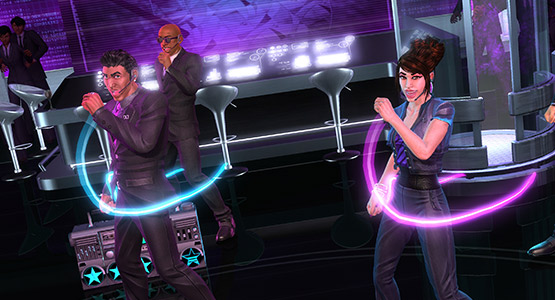 These gametypes, among others, are available in two different multiplayer modes, each wisely catering to two different audiences. Looking for a quick match? Party Time allows you to choose a song (either from the full list or a pre-determined playlist) and gametype with a few swipes, and a few seconds. Want a more in-depth tournament? Crew Challenge lets you form two teams of up to four players, who take turns participating in one-on-one battles, accruing points for their team.

For both modes, every song from the entire Dance Central franchise is forwards compatible; which is fortunate, because Dance Central 3's soundtrack isn't quite as strong as those of its predecessors. For every jam - Nicki Minaj's "Starships" and Usher's "Scream," for example, are verified mega-jams - there is a clunker. That's largely due to Dance Central 3's inclusion of across-the-board crummy "Dance Crazes" for its time-traveling story mode: Macarena, Electric Slide, Cupid Shuffle, The Hustle all rear their ugly heads.

But even the shame of the Macarena can't detract from Dance Central 3's infinite joy. Everything about the game â its preposterous storyline, its madcap multiplayer modes â peels away at the inherent, inextricable humiliation of dancing in front of your peers. To start a dance battle in one of those modes, you have to high-five your opponent in real life. Rest assured, you are in very, very good hands.