Whether you're looking at customization options or combat, Fire Pro Wrestling is a dumbed-down joke compared to its pedigree.

Fire Pro Wrestling's toughest competition is its own 2007 predecessor.

In 2007's Fire Pro Wrestling Returns, you could create and modify practically anything - from wrestlers and referees to belts, rings and rule-sets. In 2012, you can dress up your avatar. That comparison should set expectations for this latest grappler - an addition to its franchise in name alone.

Fire Pro Wrestling will be remembered in perpetuity as the franchises' most maligned heel, the opposite of its predecessors in practically every way. But would a game by any other name be such an abomination? Absolutely. 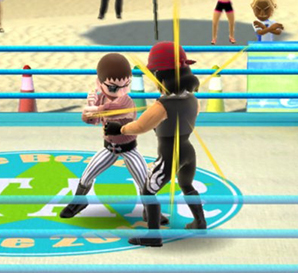 Grappling is the foundation of a wrestling game, and in Fire Pro Wrestling it is both limited and uninspired. Each interaction plays out the same: The player initiates a grapple, then selects a face button to launch one of four different moves. For genre outsiders, a wrestling game with four grapple moves is akin to a steak special that weighs 2 oz. and comes with no sides. Bon appétit. Opponents may reverse a grapple by guessing which of the four buttons the grappler chose. To translate, every player has a 25 percent chance of pulling off a reversal at any time. There's no skill here, just luck.

It's tempting to say the game's controls have been simplified to accommodate children, but kids aren't this clueless. The attack system - with one punch attack, one charge attack, one special attack and one rope attack - could be successfully controlled by a brainless pair of sentient thumbs. 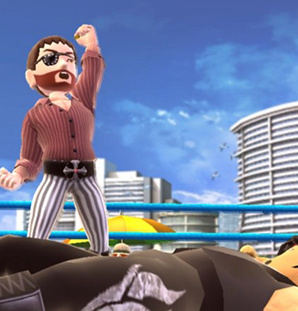 A WRESTLING GAME WITH FOUR GRAPPLE MOVES IS AKIN TO A STEAK SPECIAL THAT WEIGHS 2 OZ. AND COMES WITH NO SIDES

The flaws, which range from small to stupefying, are exhaustive: The game has no rope moves or audience interaction; taunts sometimes build up a special meter and sometimes don't; tag team matches remove all player control while their computer teammate is in the ring. Getting into an online match took 12 minutes. It was over in two minutes. Both online ranking and player levels are meaningless. As a level 20 brawler I went up against a level 99 heel and crushed him - and I wouldn't say I'm especially good at this game, so far as someone can be good at it.

Everything is executed with the skill of a retired luchadore. Fire Pro Wrestling knows what it wants to do but goes about the maneuver in the most disastrous way.

Between matches, the player can visit the locker room to buy clothes, change their online fighter photo, upgrade abilities, and select from a number of moves with unique strengths and weakness. The modifications are an ambitious throwback to other Fire Pro games, presented with the complexity of a tangled ball of twine. Some skills are unlocked but not usable, but most are simply lost amongst a nonsensical, impractical catalogue. Sifting through moves is a chore. Frustrated, I'd often skip the upgrade system, plowing from one match to the next with a weak character, if only to avoid the headache. 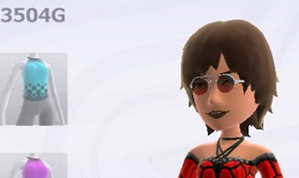 FIRE PRO WRESTLING IS OCCASIONALLY FUNNY BUT IT'S NEVER FUN

An audience exists for Fire Pro Wrestling, a game that's not fun, but is occasionally funny. Before a recent match, an opponent's avatar made a bold entrance dressed as Master Chief. He struck a muscular pose, then whipped out a Toy Story Woody doll and hoisted it in the air like a Championship Belt.

Fire Pro Wrestling is for my dad and other people who love seeing their Miis and avatars doing wacky things. They don't mind dropping a few dollars for the opportunity to pit their friends against each other in a neighborhood royal rumble.