It's impossible to talk about FTL without mentioning how much it relishes killing you. But dodging barrages of enemy missiles in your little space cruiser isn't the most difficult thing about the game. The real challenge is convincing anyone who hasn't played FTL that it's one of the most thrilling, compulsively playable games of the year.

Trust me, very few of those sub-genres pique my interest on the surface. I'd imagine you're a little like me, otherwise you'd already be playingFTL rather than indulging me as I try to sell you on it. 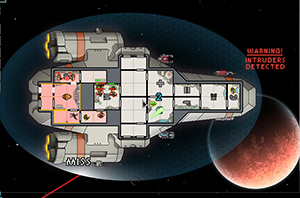 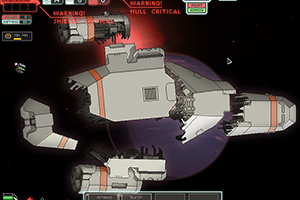 What FTL does so brilliantly is make all its complex elements easy to manage and understand by pinning every system to a physical segment of the ship. As you can see with a single top-down glance of your craft, shields are in one room, weapons in another and so on. As enemies damage those rooms of your ship, the corresponding systems shut down. If your shield room goes down, every shot will strike your ship. If you lose O2, your team will soon be gasping for their next breath. That's bad, because the crew is essential to repairing rooms, and even that carries a risk of death by fire or further enemy attack.

The only good thing about a damaged system is that it stops drawing power from the pool your ship's components share. Gradually, your abilities outstrip your engine's capability to power them and knowing when to turn off dodging to fully power your shields or open up all your weapons at the expense of your medical bay, for example, becomes key to victory.

The good news is you can deliver the same targeted punishment. Prioritizing enemy targets while still trying to keep your essential systems running is the core of the game.

Those are a lot of plates to keep spinning, and FTL loves nothing more than to bring them all crashing down around you. Your crew is on the run from rebels who want to recover some information they possess that's desperately needed by the federation you're aligned with. In practical terms, that means hopping from planet to planet and sector to sector as a giant wall of doom bears down on you. You'll also have to contend with pirates who'll go so far as to board your ship to take you down from the inside. Then there are the abandoned security drones that have an irritating habit of reactivating and taking out the only thing in their crosshairs.

Sometimes, you have no one to blame but yourself, like when you try to heroically rescue a transport ship in hopes of recovering some weaponry, resources or intel. Other times, it's just bad luck, like when you unwittingly steer into a nebula that robs your ship of half its power, turning it into an exceptionally large target for piracy.

You never know what you're going to encounter in a given playthrough, which is what makes the frequent deaths so palatable. It also helps that each attempt is typically 30 minutes to an hour long, so you're rarely investing enough time to be frustrated by starting over. You learn your lesson, you move on.

My response to seeing my ship explode was rarely to quit out in a rage. No, I'd simply restart - maybe renaming my ship or crewmates to shake off any bad juju - and try to keep in mind the dozen or so ways I knew I could be better the next time out.

"OK, I'll admit it," I'd say to no one in particular. "I wasn't ready for the mantis men to eat my whole crew. When I met that nice slug selling drones that would defend my ship's interior, I should have bought them. Next time, I'll be ready." 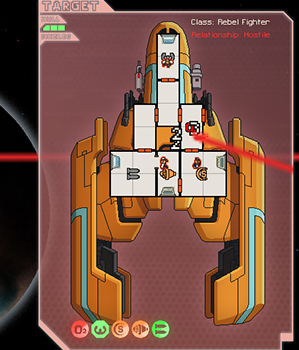 FTL IS A VITAL, SURPRISING GAME WHERE DEATH NEVER FEELS LIKE THE END

Of course it wouldn't be the mantis men next time. When those pensive synth strains of the soundtrack start seeping out of your speakers and you try to decide on what planet you'll start your journey, the only thing you can count on is the fiery death you're probably hurtling towards. Most playthroughs of FTL end the same way, but this pulse-poundingly vital, consistently surprising game manages to make death feel like merely the beginning of another great adventure.