Sega shows a loved classic plenty of respect in this remaster, but Nights doesn't stand the test of time.

Nights was an attempt to find a new face for Sega's Saturn console with a game that circumvented easy genre description and defied convention. This was always Sega's strength, but over time, it's proven to be one of their primary weaknesses.

Much like September's release of Jet Set Radio HD, Nights HD isn't just a faithful version of the original; it's a sort of historical document that celebrates the game, warts and all. It even includes the elusive Christmas Nights, a special holiday release distributed through certain magazines and rental outlets for the holiday period of 1997. But Sega can't change the game that released more than 15 years ago. Nights occasionally captures the dreamlike gameplay magic it aspires to, but it feels more like the seed of a great game that just never blossomed into something that fulfilled that potential. 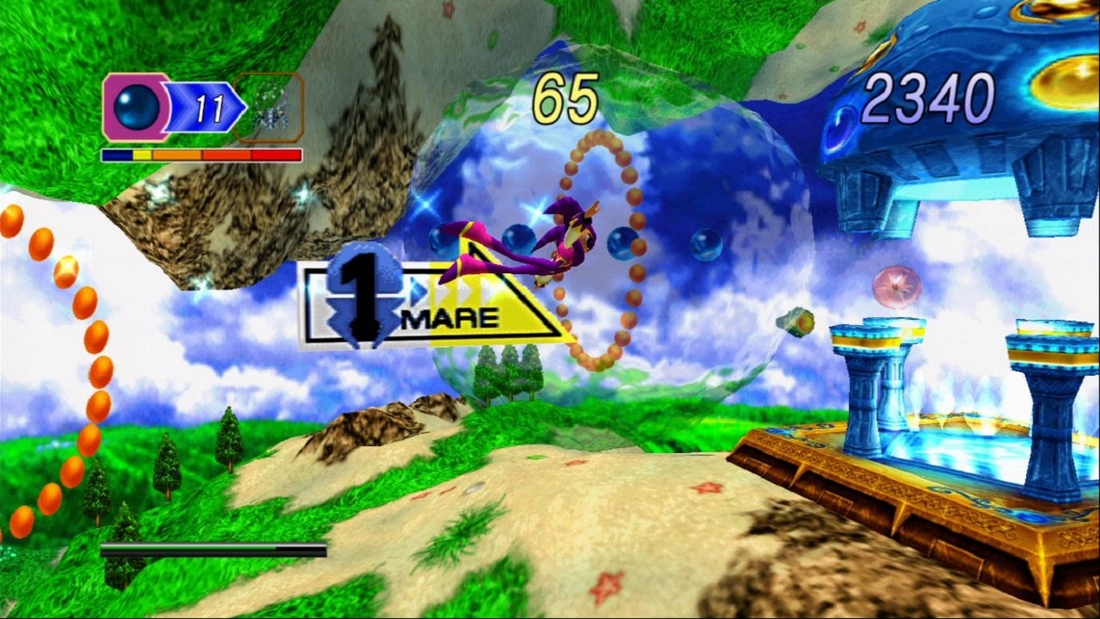 Nights is set in the dream world split between Nightopia and Nightmare. Teenagers Elliot and Claris join the renegade Nightmaren, Nights, in his quest to defeat the evil lord of Nightmare, Wizeman, and his plot to steal dream energy and take over the world. You'd be forgiven for playing Nights and never knowing any of that - there's not a drop of story in Nights itself. It's from a time when games came with instruction booklets that were 40 or more pages long, where storytelling in games was all but impossible for anything but RPGs, and the manual had all the context you would get.

While it first appears to be a 3D platformer, Nights is something much different. Each level is in fact a course with four laps, each taking a different path through the environment in question. The goal isn't to finish a lap as quickly as possible. Instead, Claris and Elliot take control of Nights and fly through each lap, collecting blue orbs and other pickups. A specific number of blue orbs is required to unlock a magical cage holding one of four Ideya, which represent different facets of the dreamer's personality.

Nights functions in two dimensions during the bulk of its play, but it remains complicated. Its hurt further by its opacity. A timer and a set number of orbs to collect each lap indicates that should finish as quickly as possible. This isn't the case. Instead,Nights expects you to use the time remaining to fly around the level scoring as many points as possible before flying through the finish line. Your score is graded at the end of each lap, and after four runs, you'll encounter a boss.

If it sounds confusing, it is, at least at first. Nights does an excellent job setting up its magical sensibilities and sense of place to buckle under the weight of its convoluted and confusing design. The underlying mechanics are sound - Nights was designed to take advantage of SEGA's "3D controller," a gamepad with an analog joystick, and movement is tuned for smooth turns and graceful loops. But the game designed around the possibilities of analog control struggles to contrive worthwhile reasons to put that control method to use.

Even the bosses only really succeed half the time at taking advantage of what were -- at the time -- the bleeding edge of nuanced controls. More often, they're exercises in frustration. They demand you figure them out with no suggestions byNights as to what it wants from you; do you need to bounce this boss of the floor like the last one, or do you need to throw it through a series of walls, or ... what?

This is Nights most consistent problem - a lack of clarity in goals and design. When Nights originally released, it coasted by on novelty and the then-stunning visuals that Sega was known for. That was enough for the limited number of Sega fans who owned a Saturn and could track the game down. But now, after 15 years, the gauzy veil of obscurity has been pulled away, and what's left is a scaffolding of a game, with little in the way of proper development of its own ideas. 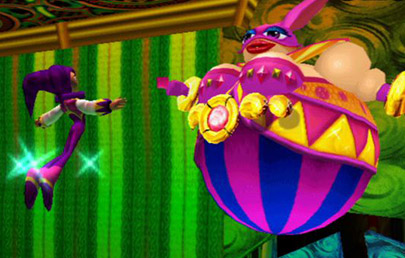 But ... sometimes, Nights works. Occasionally the world ofNights comes together with its particular kind of level design and the tacit encouragement of aerial acrobatics to create a game experience that is singular, and just a little bit magical. It was a rare kind of thing when it came out in 1996, and its even more rare now.

If you want that magic, you have a hard choice to make. This "HD remaster" of Nights contains a version of the Saturn original - complete with a mix of polygonal backgrounds and sprite-based enemies and aerial loops, and which runs in a bordered 4:3 presentation - and an HD port of the Playstation 2 version of Nights that released exclusively in Japan. The HD version is much clearer, and in widescreen, but there's a strange jerkiness to the controls that translates to a much less graceful titular Nightmaren.

This difference isn't obvious until you switch directly from one version to the other, but it's there, and it's odd, and unfortunately it makes Nights less fun as a result. Given how uneven Nights is at its most optimal, it's especially disappointing.

Our review of Nights into Dreams... 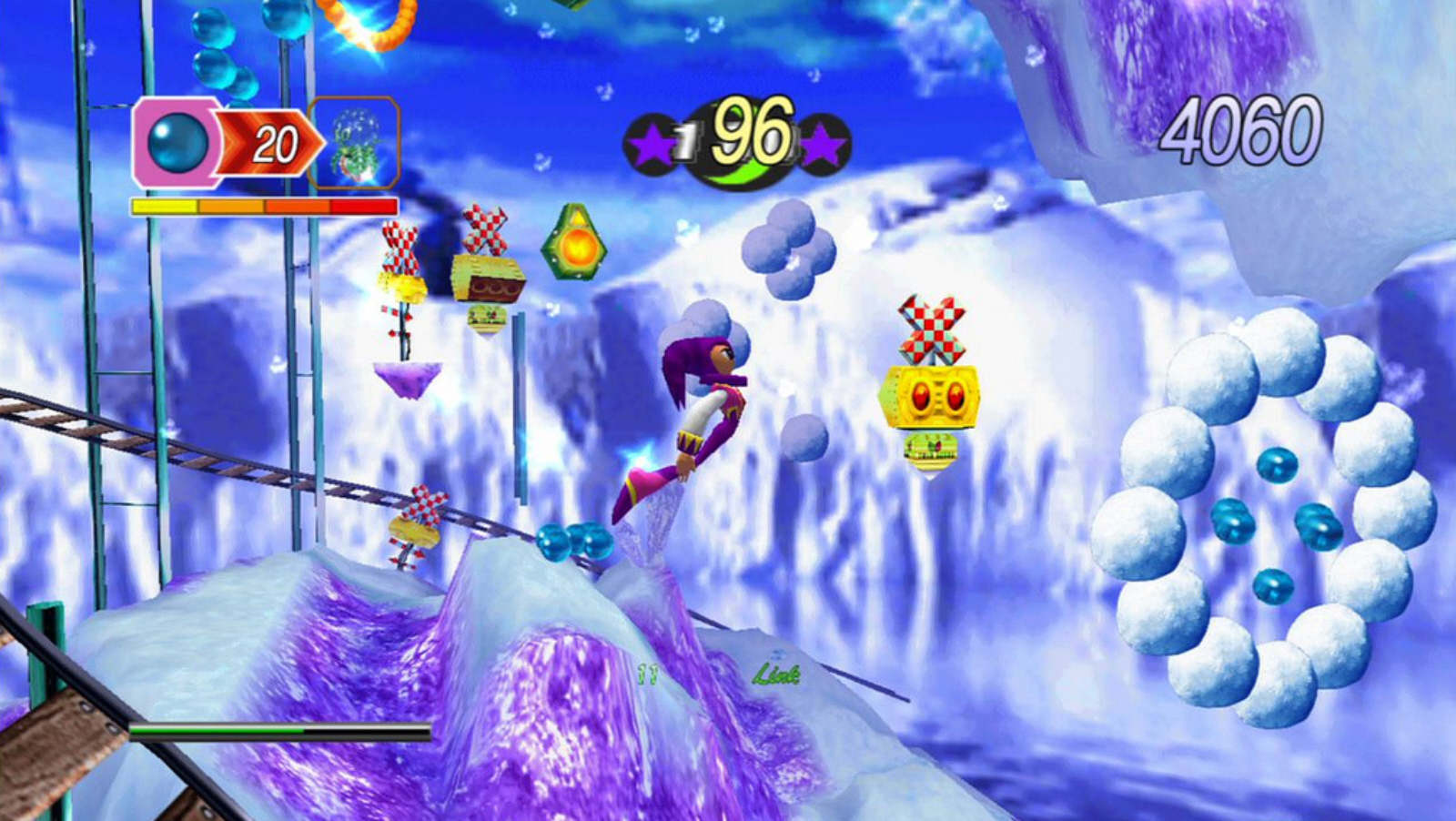 I can’t blame the Sega of today for the game they’re releasing in Nights HD. They haven’t made Nights worse — even the control inconsistencies in the remastered version of the game are likely true to the PS2 release. It is what it always was.

But time often proves to be unkind to games pushing the edge of their respective genres, or to those bold experiments that circumvent genre altogether. Nights is an interesting piece of history from Sega’s most polarizing period as a first party, of the attempt to find a new mascot in the long-term absence of Sonic. It’s just not a very good game.