Pokemon: Black and White 2 doesn't add much to revolutionize the series, but it's more approachable than Pokemon has ever been.

Pokemon Black and White 2 is not the bold reinvention of the franchise that fans have been anticipating for over a decade - but, at the same time, it's also not Pokemon Grey.

The past four Pokemon generations were tertiary installments with the same exact setting, characters, and (with few exceptions) plot of its base games. That describes Pokemon Yellow, Crystal, Emerald, and Platinum - but doesn't quite capture what Game Freak and Nintendo have done with Pokemon Black and White 2.

Pokemon Black and White 2 isn't a rehash, despite its unchanged title and setting. There's a new plot, which for better and worse doesn't resemble that of the original Black and White. There are an enormous, unprecedented number of Pokemon to capture and train. It's all wrapped in a package which still closely resembles the very first installment in the franchise - but Pokemon Black and White 2 possess some of the best ideas to come to the series so far.

THE SET-UP IS FAMILIAR, BUT THE QUEST ITSELF IS DIFFERENT

Pokemon Black and White 2 picks up two years after its the original Black and White. In the interim, the antagonistic Team Plasma has lost both leadership and direction, and a new, choose-your-own-gender protagonist has come of Pokemon-training age. You set off from a previously undiscovered corner of Unova, pick your obligatory starter, and begin your quest to collect all eight gym badges while thwarting whatever nefarious, misguided schemes that Plasma can cook up.

The set-up is familiar, but the quest itself is actually quite different. In Black and White 2, your journey will take you through new paths of the Unova region, to remodeled gyms and transformed cities. There's a new order to the locales you'll visit; a better order, as it turns out, as Black and White 2 has the - for lack of a better word - smoothest campaign yet. There's a great progression to the journey, and even the typically punishing Elite Four Pokemon trainers you'll encounter don't present too much of a grind-inducing difficulty spike.

One of the best things about Black and White 2 might sound silly on paper: There are a crazy number of Pokemon this time around. In this single installment alone, there's 301 creatures to encounter. This doesn't just mean there's more to catch, it means there's more to battle against. It requires you to constantly rethink your strategy, especially when facing off against tricky hybrid-type Pokemon - maybe even a few you don't recognize.

The new Pokestar Studios area is another great addition. It is, essentially, a Pokemon puzzle mode. You're cast in a battle between two predetermined Pokemon, then must exploit the right moves to fulfill increasingly complex battle conditions. For instance, you may need to force an opponent to cycle through their roster until you can knock out a target Pokemon without injuring any others. 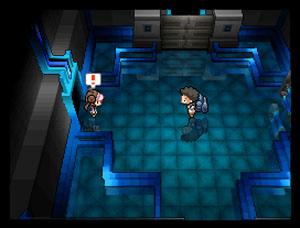 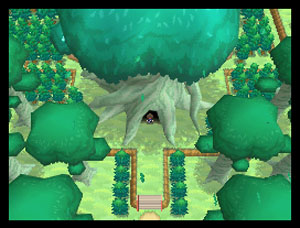 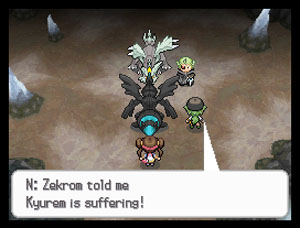 The more you follow the script, the better the film does at the box office, and the more adoring fans fill the studio to shower you with gifts. It's a bit of a convoluted process; you have to run between the soundstage and theater between every shoot, and there's no quick restart for when you accidentally stray from the script. But the mode has promise, inspiring players to think about battles in a new and interesting way.

It represents a thoughtfulness that isn't typically applied to Pokemon games, but shows up in Black and White 2 in spades. For instance, there's Achievements this time around in the form of Medals, giving players impetus to do some of the series' less appealing tasks. When items like Repel expire, a prompt asks if you want to use another right away, without having to go menu diving. Doctors and nurses pepper most routes and dungeons, limiting the frequency of your Pokemon Center runs.

That thoughtfulness is certainly welcome, but it has the unwanted side-effect of revealing just how tired a lot of the core formula is. Sure, the quest is new, but its outline is roughly unchanged from the Pokemon games of the 90s. Its improvements are entirely logical, overdue, even. There's nothing brave about Pokemon Black and White 2, or most of the other entries in the series, and frankly it's become more than a little exhausting.

In fact, Black and White 2 takes a major step back from the bravest thing about its predecessor: Its story. The original Black and White cast Team Plasma as a group of revolutionary freedom fighters, led by a King who sought the freedom of Pokemon across the globe. In this sequel, they're a band of common thugs again. The unexpected moral ambiguity of Black and White has been replaced by bumbling incompetence, which is far from a fair trade-off.

BLACK AND WHITE 2 IS A GOOD JUMPING ON POINT, BUT VETERANS SHOULD KNOW WHAT TO EXPECT

You already know what to expect from Pokemon Black and White 2. Its doesn't buck the formulaic nature of the franchise, which will leave a large part of its audience â a chunk that wants to rekindle their lapsed love of the series with something genuinely new â out in the cold. But that audience is bookended by veterans and newcomers alike, and for those two groups, Black and White 2's improvements make it the franchise's most accessible entry point to date.