With choices that matter and intensity to spare, Telltale Games delivers on one of its best efforts to date.

The Walking Dead credits scroll. My hand aches as I lift it from the mouse and I allow myself a moment to wallow in the tragedy of my advancing age. I soon realize the ache has very little to do with my proximity to my twilight years and everything to do with the fact that I've had the mouse in a white-knuckle deathgrip for around three hours.

It's very similar to the thrall the first episode of The Walking Dead held me in as I was thrown from one story-twisting, heart-stopping conflict to another, disaster threatening if I looked away from the screen even for a moment. The Walking Dead is a game about consequences, about making decisions based on little more than gut instinct. This is a game where your choices stick, and the result is one of the most intense gaming experiences in my recent memory.

Telltale hasn't been shy about experimenting with game mechanics, and The Walking Dead is perhaps the most disparate-yet-effective Frankenstein it's patched together yet. 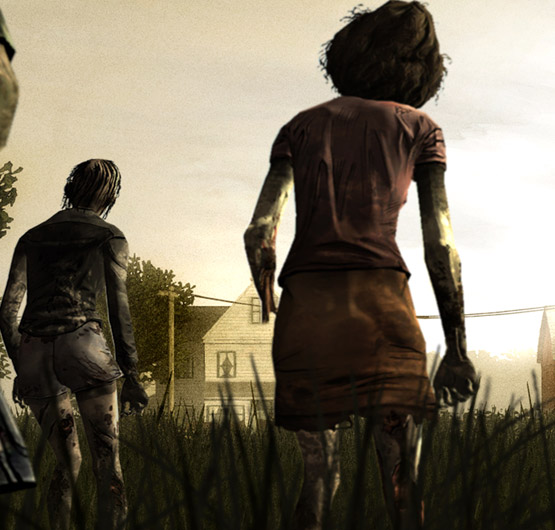 As he navigates the zombie apocalypse, hero Lee Everett partakes in plenty of that old adventure staple: cruising an environment for whatever helpful items he can grab or information he can chat out of his fellow survivors. 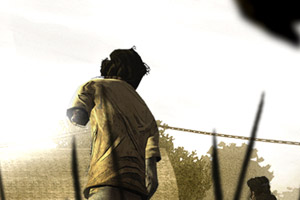 But when zombies attack, your input is far more direct, often using the mouse to frantically look for some kind of weapon before bringing it crashing down on an undead noggin. Occasionally, you'll need to hammer on the keyboard to free yourself from a zombie's clutches.

In a lot of clever ways, the first episode of The Walking Dead manages to communicate immediacy without resorting to the silly series of quick-time encounters that defined Telltale's Jurassic Park. 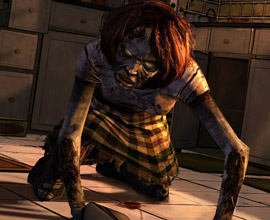 But that intensity isn't reserved for action scenes alone. Conversations are not only timed, but they're important to the story, and how it unfolds. Everett has a dark past, and exactly how much you reveal about it, and his relationship to Clementine, the little girl he's promised to protect, is a constant source of tension.

This takes conversations from a simple opportunity for exposition to a delicate balance of endearing yourself to fellow survivors while not being caught up in a lie and losing their trust entirely. 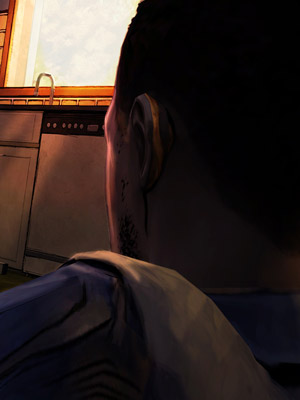 The interactive Walking Dead tells a different story than its graphic novel and television counterparts, with only occasional cameos from familiar characters. But common thematic elements are there: People pushed to the brink. Distrust. Survival above all. But how this particular story unfolds is uniquely yours.

Taking sides in conflicts, checking in on Clementine - the game remembers it all. Even small decisions can affect your story in catastrophic ways, so when the big decisions come - as in "Which of these people are you going to let die?" - they're fantastically terrifying. By default, Walking Dead will alert you when you've made one of these story-altering choices, but you can just as easily turn that option off and be surprised by the ripples of your decisions.

That doesn't mean that "wrong" choices will continue to haunt you. These are desperate characters on the brink of destruction, so there's little you can do to make things "better," just ... different. As the player is freed from the burden of having to choose "correctly" they can just experience the story as it unfolds and not fret too much about their inability to reload a save before they made a tough call.

So many games have teased a truly "interactive" narrative, but I can think of none that have delivered this well.

As I watched the credits and the tendons in my hand began to relax, I saw the consequences of my actions taking shape in the trailer for the following episode. I know retention is a big problem for episodic games, but I wouldn't miss seeing how my story plays out for anything, and I suspect you'll feel the same way.