The slow combat and loose platforming don't impress, but Tokyo Jungle comes out on top thanks to its charming, manic structure.

In most post-apocalyptic games, a handful of men and women struggle to survive a bleak future. In Tokyo Jungle, humans are already extinct. Animals and plant life have taken over the abandoned streets, skyscrapers, and subway stations of Tokyo.

Don't let the depressing setup throw you off. While it has some minor social commentary, Tokyo Jungle embraces its bizarre, overactive imagination. It's a game about the end of civilization, but it's also about settling that eternal debate between 10-year-olds over who would win in a fight between a bear and a saber-toothed tiger.

Tokyo Jungle's breathless one-upmanship can seem juvenile - "Panthers are cool, but what if there were dinosaurs?" But the kids-on-a-trip-to-the-zoo mentality is backed up by elegant game design. Tokyo Jungle may wear the skin of a wild, out-of-control lion, but underneath that rough exterior it's as charming and lovable as a pet Pomeranian.

Your options are limited at first. Story mode is locked up tight, and only a Pomeranian and a Sika deer are available as playable animals in survival mode. Tokyo Jungle doles out its content at a measured pace, using new unlocks as a carrot on a stick to nudge you toward cool stuff.

Once an animal is selected, you're thrown into the middle of a deteriorating Shibuya parking lot with no end goal but to survive for as long as possible. Conquering the leaderboards will be enough to drive some players forward. For everyone else, Tokyo Jungle introduces a long and increasingly difficult series of challenge goals as time passes in each individual playthrough.

Every moment of Tokyo Jungle is a struggle to keep your hunger meter topped off and prevent other starving animals from devouring you. Hunting for food has to be balanced with marking territory and looking for a mate to ensure that your traits are passed down to future generations. You must master slow, defensive combat tied to two buttons and imprecise platforming that allows you to flee and avoid becoming some other creature's meal. 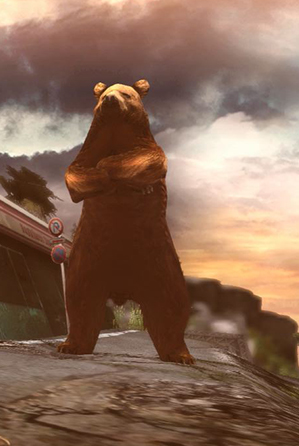 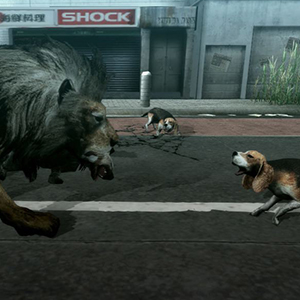 Tokyo Jungle's roster includes a dozen or so paid PSN downloads, but I didn't feel ripped off with the wide variety of playable creatures available otherwise. The menagerie runs the gamut of size and speed from baby chicks to elephants, but all are split into two categories: grazer and predator. The former runs from foes and survives off of limited, sometimes toxic flowers and fruits; the latter stalks prey and contends with bigger carnivores trying to encroach on territory.

Beyond those two classifications, each animal has individual characteristics that will help you find a preferred creature. Small grazers like rabbits and deer don't have much in the way of offensive capabilities, but they run faster than any other animals and can double-jump to escape danger. Lions and bears move slower but dominate in fights. Each animal feels different and balanced enough that I discovered reasons to enjoy all of them - which is important, since you have to spend time with the weaker fauna to unlock strong beasts.

I would have tired of Tokyo Jungle's simple mechanics on their own. The combat often drags on for too long, and the platforming would be unbearable if the developers didn't wisely use plenty of invisible barriers to keep you from falling.

But Tokyo Jungle successfully uses this simplicity. The routine of hunting, hiding, and mating gels into a fast-paced cycle of activity. Between random bouts of poisonous rain and constant challenges urging you take risks, you cannot stay in one area for long. Careful, smart exploration is rewarded by continued survival, bonus unlocks, and crazy special events. 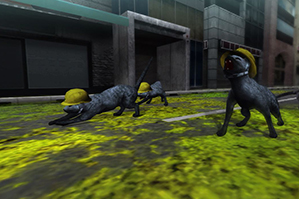 Archives also push you to explore. These collectible snippets of backstory are scattered to increasingly far corners of Tokyo Jungle's large map and reveal the truth behind the world's devastation. Every three archives collected also unlocks a chapter of the game's story mode, which plays out in 14 segments starring a smaller selection of the animals available in survival mode.

Rather than a single connected narrative, story mode tells a number of shorter heart-warming tales: a deer searching for its lost mother, a battle between beagle and tosa dog tribes over control of the suburbs, and more. Story mode builds toward an intense final boss fight and two surprise unlockable animals. It's an effective dramatic extension of the stories that emerge in survival mode. Most of the time.

A few of the story chapters - particularly those starring a nomad hyena - feature frustrating, poorly-checkpointed stealth sequences where you instantly fail if you're spotted. Stealth remains a viable option in Tokyo Jungle's survival mode, but placed inside a linear, trial-and-error context, it puts too much weight on the game's loose controls and strange, tilted camera angle.

Even ignoring those bad patches, Tokyo Jungle has good reason to downplay its story mode. Tokyo Jungle has inspired more breathless updates to friends and coworkers than any game in recent memory, and all of those are based around random happenings in survival mode. Whether bragging about taking down a giraffe to impress a potential mate or describing how my walk through Yamanote Line East was interrupted by a band of warring ex-pets, I always had some absurd tale to spread after each session of the game.

Gloomy near-future setting aside, Tokyo Jungle isn't terribly concerned with telling an epic tale of the destruction of mankind. It centers on the narratives that emerge from nature â the struggle for food, for safety, for family. Through its constantly shifting challenges, Tokyo Jungle shepherds you to the best of its content without forcing your way. It invites you to explore, collect, fight, or ignore all of these impulses at your own leisure. Whatever path you choose, under whatever animal's guise, something strange and wonderful is waiting.