Torchlight 2 doesn't reinvent the series, but there's an absurd amount more of everything that made the original great.

The world is addictively clickable; the weapons are sinfully empowering; and the user-interface is deceptively playful, disguising chores like inventory management as pet ownership. Torchlight 2 isn't an homage, and it's not quite a clone. Developer Runic has created an everything-and-the-kitchen-sink sequel akin to a Hollywood blockbuster. It refines its inspirations.

It just doesn't do much else. 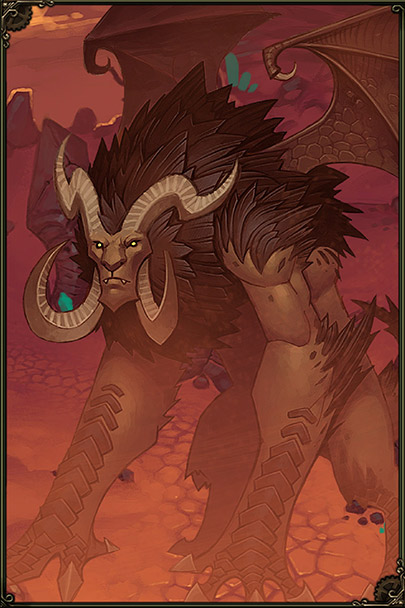 The original Torchlight sent a hero into a mine to kill evil creatures, collect loot, and eventually fight some really bad guy who did really bad things I've forgotten about.Torchlight 2 has more. More settings, more enemies, more loot, and the bad guy returns with even more muddled motives.

Allow me to sum up the arc in six words: The Alchemist is evil; kill him. Side-quests require no foreknowledge of the Torchlight mythos, but follow the same go-here-and-kill-this logic. 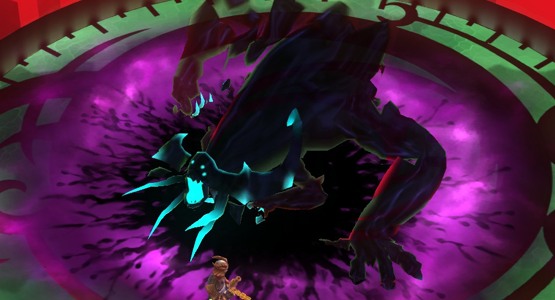 It sounds thoughtless, like many of its contemporaries. Action role-playing games, particularly those in the vein of Diablo, have a deserved reputation for converting their players into mindless, mouse-clicking zombies.

So starts Torchlight 2, releasing the hero in a field of clicky things that need a good clicking. But after a couple hours of rewarding the player's proficient use of their index finger, the difficulty inclines. Scrimmages begin to incorporate a variety of enemy types, from close-range bruisers to long-range shooters to colossal hit-takers. By the second act, survival demands that these adversaries be managed, not merely clicked to death.

Skills, unique to each character, upgradeable at each level up, aren't designed simply to make hits stronger or shields more protective. They're tools that, applied creatively, can reshape the battlefield, literally. Clicks become tactics.

For example, as the Outlander, a rogue class that specializes in ranged-attacks and "low magic," I conjured a barricade of thorny vines called a Bramble Wall to impede larger enemies attacking from behind. I then hurled my glaive to thwart long-range enemy archers, and spewed Bane Breath to turn close-range critters into shadowling fiends, flying monsters eager to do my bidding.

By the final battle, I ensconced myself in Bramble Wall, while summoning a dozen beasts - flying fiends, giant ghouls, and a half-dozen skeleton archers - to fight on my behalf. Doing so required a watchful eye on my mana supply, and a ninja-like use of my keys assigned to each skill, but not a single click of the mouse.

This could have gone very differently, not just by picking a different class, but different skills. Each class has three groups of a dozen skills with fifteen levels each. Skills can be mixed from the various groups, as I did, or they can be focused. My Outlander could have specialized in poisonous shots, long-distant projectiles, or conjurable hexes. The freedom of choice is, at times, overwhelming. 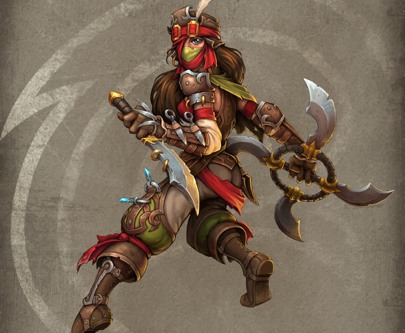 But the nicest compliment I can give Torchlight 2 is this: I never felt like it was wasting my time. When I died, it was my mistake, and I paid for it by being booted back to the pre-quest camp area or, if I was willing to sacrifice 10% of my cash, the beginning of a quest's zone (Extra cautious players may also want to use portal scrolls, which allow them them to teleport to and from camp). Death stings in Torchlight 2, not because it eats time and money, but because it stems from human error. I never felt cheated or overmatched. I didn't feel coddled. My porridge was just right.

Torchlight 2's world is a place I want to spend my time in. In fact, it's a disappointment more quests don't strip away the headbutting, and emphasize the beautifully constructed environments. Forests and catacombs, deserts and mines, they aren't especially unique in name. They are, however, flattered by light. The desert is drenched in sun and color, with references to Arabian nights and pulpy tales of Egyptian excavations. A haunted meadow soaks up the light of a full moon, and its pond shimmers beneath fireflies plucked from a Hans Christian Andersen bedtime story.

Then there are sub-settings, optional areas buried within the larger world. A sun-kissed valley might lead to a ghost ship, a sticky swamp to a meeting hall for necromancers. The source material is broad, so broad that you wonder if the developer felt the need to include every inspiration should this be their last chance to make such a game. It's a rich, dense treat. Villains and architecture change so rapidly, that should you find an area derivative, you need not go much further to find something different and new.

All of this can be experienced with friends via online play, which allows for up to 6 players, and ran just fine in my experience. Unique loot drops for each party members prevent headaches. 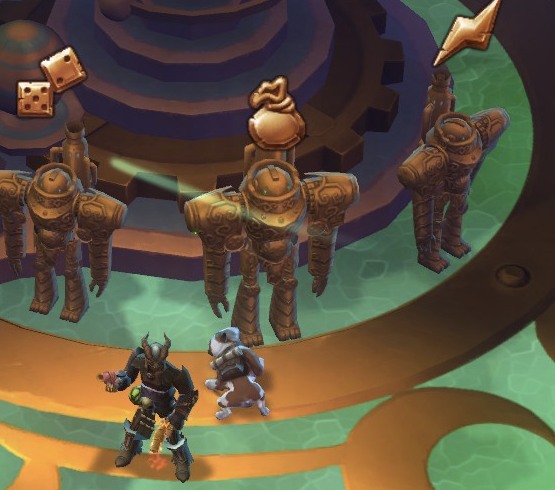 TORCHLIGHT 2 IS HARDLY DIFFERENT, BUT IT IS MUCH MORE

If this sounds familiar to Torchlight fans, that's because it is. It's more. An absurd amount more. More multiplayer and difficulty levels, more places to go and things to see. It's new, in the sense that it wasn't in Torchlight, but it's hardly different. What you're playing, beneath all the polish, is essentially the same. Torchlight 2 is clicky nirvana. But Torchlight 2 isn't is a step beyond the familiar. The game feels like the cumulative work of perfectionists intent on making the action role-playing game of their dreams.

I take back what I said before. The nicest compliment I can give Torchlight 2 is that it's so good, I can't help but dwell on wondering what's next.