While it suffers a bit from an obtuse management element, XCOM: Enemy Unknown's turn-based strategy has put the series back on the map.

I'm 30 hours into the single-player campaign of XCOM: Enemy Unknown when it strikes me that I've been doing it all wrong from the start.

That I decide to keep on going says something about the way I've chosen to play. I have disabled "Ironman Mode" - which would prevent me from saving the game at all - but I have accepted certain outcomes as inevitable. I have a few "chosen" characters I will not allow to die, but the rest ... well, saving Humanity from the alien scourge is a dirty business. The Earth appreciates their sacrifice.

So this latest setback, the doing it all wrong, is, to me, simply part of the learning curve. After all, if you're playing XCOM: Enemy Unknown the way it was intended - the way the original demanded - you're going in blind, stumbling toward victory against a far superior alien menace who possesses an advantage in almost every way. Mistakes are inevitable. You distinguish yourself in how well you are able to adapt.

My mistake is that I've been neglecting the strategic game in favor of the tactical. I've lavished too much time and money on my squad of soldiers and their forays into the field to combat the aliens, mano-a-mano. I've been stockpiling alien artifacts hoping they'll come in handy later instead of selling them on the grey market for easy cash. And I've been pouring scientific research and engineering time into making better weapons and armor instead of making satellites and fighter aircraft to secure the cooperation of world governments.

At the time, this seemed, to me, like the wayXCOM was meant to be played. The tactical, turn-based squad engagements are massive, and even on the "normal" difficulty (the difficulty modes are: easy, normal, classic and impossible) seem inordinately difficult, yet incredibly satisfying. This is the best part of the game, and the most fun I've had playing any strategy game in a good, long while.

The beautiful art and UI design of XCOM, like a well-designed cocktail dress, obscures just enough of the complicated architecture underneath while revealing a tantalizing amount of detail at first glance. It is instantly obvious what goes where and how to make what happen. Once you start peeling away the layers, each step of the experience leads logically to the next and, ultimately, to a satisfying conclusion.

The tactical game, for its part, is absorbing and fun. Outfitting your soldiers, upgrading them from rookie to colonel in one of four specializations (heavy, assault, sniper, support) and then controlling them turn-by-turn to outflank and destroy the various classes of alien invaders, is meticulous and satisfying. Each victory feels like a hard-won triumph. Each defeat is crushing.

This is the part of XCOM that encourages adoration and will invite multiple playthroughs. Encounters will play out differently based on which soldiers you send into the field, and what weapons you equip them with. Your company of soldiers will depend on how many you've hired, and how effectively you've leveled them up. And your assortment of weaponry and armor will depend on what research you have undertaken based on what kinds of aliens and artifacts you have harvested and how well you've preserved the corpses. There is a seemingly limitless variety of tools at your disposal, which you can further refine using foundries and other support buildings at your headquarters (which you can also upgrade and enhance in a variety of ways). 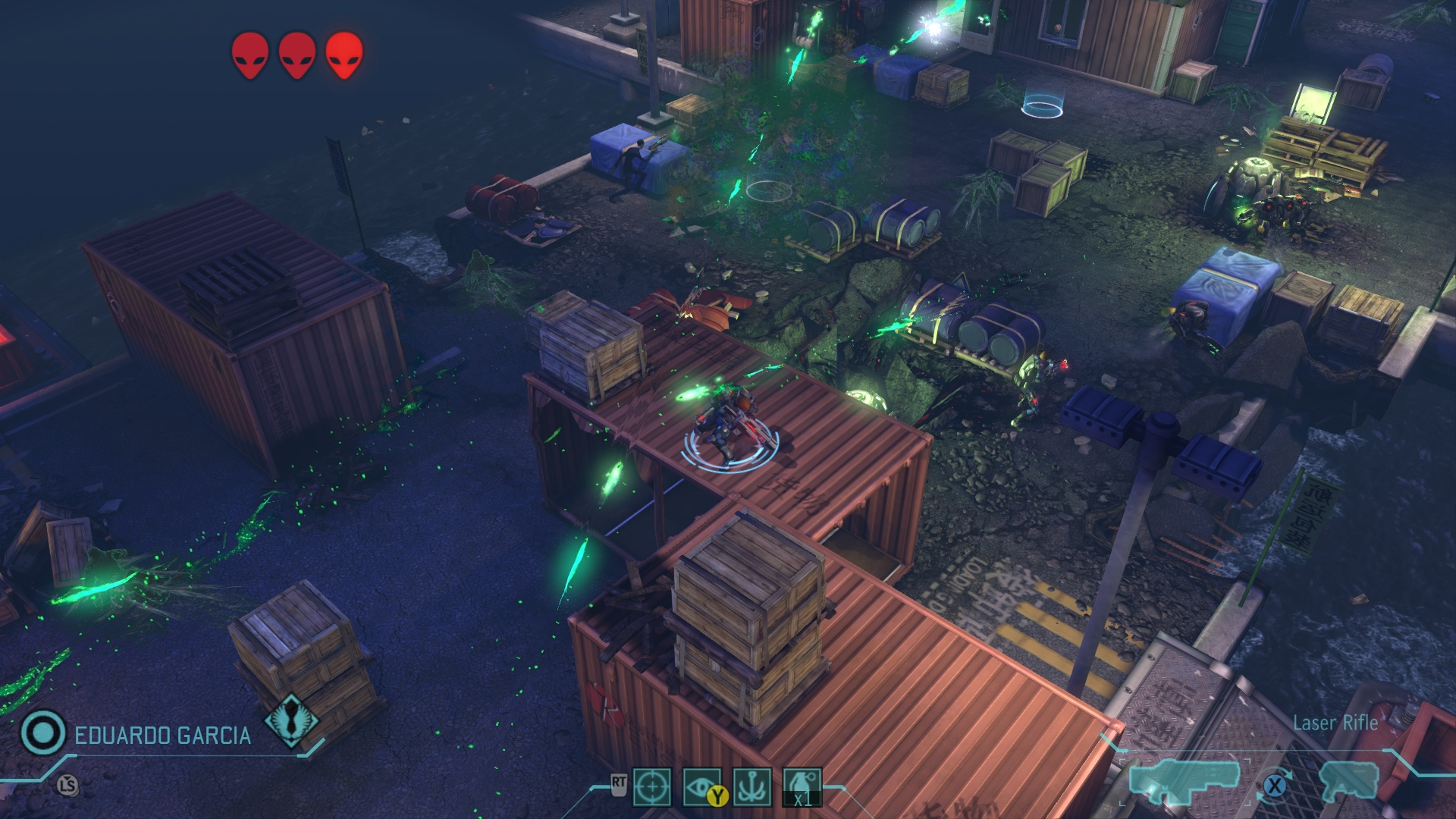 The individual soldiers themselves can also be customized, named and given nicknames. You can name them after your family members, for example, or after people you hate. But you will undoubtedly begin to feel an affinity for each one after ordering them off to fight for humanity dozens of times over, painstakingly moving them, one turn at a time, through alien encounters and watching their capabilities grow with each gain in experience. This makes it all the more painful when, through your errors in judgment, one or more of them die.

For all that game developers have preached "meaningful choice" in games, few have come close to offering the gut-wrenching moment-to-moment hard calls that XCOMbrings to the table. You can always reload from a saved game if someone you like dies, but when a soldier is presented with an opportunity to rush the enemy position, draw fire from his comrades and allow them to escape to higher ground, ensuring victory, it's hard to erase that moment by loading an earlier saved game, even if it means bringing that soldier back to life.

A play session with XCOM will be full of these minor moments of valor, and the game as a whole encourages the level of immersion required to feel as if each tactical decision on the ground will help or hinder Earth's chances against an alien foe. 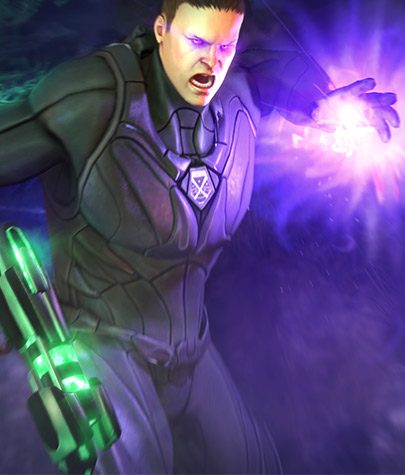 The tactical, squad-based combat is definitely the star of that show, however. The strategic game, while an integral part of the experience, throws a slight wrench into the works. In theory, the goal is to enlist the help of various countries around the world to build a coalition against the aliens. You do this by launching satellites over their territory and dispatching fighter craft to protect them. But there's only so much cash to go around at XCOM headquarters, and dumping that money into satellites and fighter planes means you'll have less to spend on weapons and armor for the troops, or extra facilities for research and development. Or a hundred other things, really.

This is well-worn territory for resource-based strategy titles. The kink with XCOM's strategic game is that it's never immediately obvious what goes where or how to make it go. Worse, as a strategy game, XCOM takes liberal advantage of the expectation for a variety of open-ended play options, but as a game with a scripted beginning and end, it relies on you to find your way through this sea of choice to one specific point at one specific time to ensure the scripted ending goes off as planned. It's a weird dichotomy that falls just shy of seamless.

There's an ebb and flow the game demands in order to play it well that isn't readily apparent and is in some ways counter-intuitive. As is said about many strategy games, XCOM is easy to learn, but difficult to master. While it's easy to spend an hour or more playing through a single squad encounter with the alien forces (in the course of my single-player campaign, I played over 30 of these), these harrowing engagements serve to remind how less fun the rest of the game feels.

That I'm still struggling to keep my little soldiers outfitted and alive 30 hours in - yet can't stop trying - says how engaging and exciting this re-imagining of X-COM can be. All-told, this single playthrough of the campaign took me just about 50 hours. Maybe 10 or so more than it could have, if I'd spent less time playing soldier and more time building satellites.

As of this writing, I've spent 80 hours total with the game in various modes, and will undoubtedly play more before I am done with it. The variety of missions serves to keep the experience fresh, even if it sometimes seems odd that you're being dropped "deep in the Nigerian interior" that looks like the same gas station you just visited in Canada.

XCOM MAY FEEL SLIGHTLY DISJOINTED, BUT IT'S STILL AN ARTFULLY DESIGNED STRATEGY GAME

XCOM: Enemy Unknown brings the memorable turn-based alien invasion classic gracefully into to the modern age, but comes just short of fully reinventing the genre. While tactical, squad-based combat has never felt so effortless and rewarding, the strategy component takes just enough away to make the game as a whole feel like two slightly disjointed halves. One of those halves just so happens to be one of the best and most artfully-designed strategy games in recent memory.

Our review of XCOM: Enemy Unknown 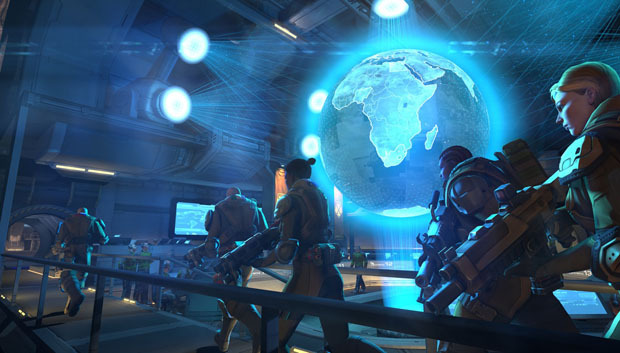