We're taking a look at the most promising iPhone and iPad releases for September 19, 2012.

Each week the iOS Gaming Watch List will inform you of some noteworthy releases coming to the App Store. Major releases tend to hit on Thursdays, so we'll be coming at you every Wednesday with the games to look out for, as well as some of the bigger content updates on the way. While this won't be a comprehensive list of games releasing for a given week, it does offer a quick selection of games and upates that show promise or look interesting for one reason or another. Worth noting that we have not played many of these games, so you shouldn't take these as short reviews. Think of this more like a helpful guide of games to investigate as they launch on Thursday.

Unfortunately, since these are pre-release games, App Store links are not available, but if you search for the title within the App Store tomorrow, it should pop up.

Rayman Jungle Run was released a day earlier than expected, and no one's complaining. This gorgeous platform game brings some of the most-loved elements of Rayman Origins to the iPhone - there's the beautiful retina graphics, the satisfying leaps into the air as Rayman collects items in the sky, and a well-produced soundtrack that ties it all together. The production values of this one are about as high as they come. (Universal app, launching at $2.99) - App Store Link

A change of pace from most iOS games, The Room is a mysterious puzzler that doesn't fail to intrigue. It's a slower, more contemplative game with realistic graphics and an uneasy atmosphere. The puzzles are thoughtful, the mood is mysterious, and never have we felt so uneasy examining a chest of drawers. (Fireproof Games, launching at $4.99) -App Store Link

A remake of the 1996 Sega Saturn RPG, Lunar: Silver Star Story is the latest in a line of much-loved classic RPGS to get the iOS treatment. It's a solid game with a well-told story and is still regarded as one of the best Japanese role-playing games from the 90s. Not bad for seven bucks! (Universal app, launching at $6.99) - App Store Link 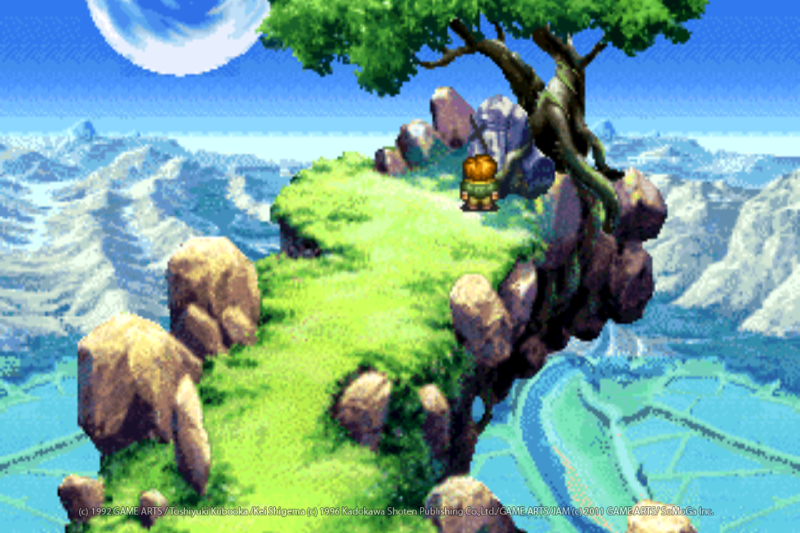 Navigating through space without hitting anything is hard enough as it is - Thrust Magic makes things even trickier by throwing in gravity and traps. You'll have to find the perfect balance in flight control to avoid walls, traps, and other perilous objects. And once you think you've mastered it, you'll have to play through 72 levels that get harder and harder. Definitely not for those with shaky hands. (Universal app, launching free) - App Store Link