Prototype 2 improves on the original, but it brings a few rough edges of its own.

Prototype 2's name is something of a misnomer. It fit 2009's Prototype and its dark superhero open-world - Radical Entertainment's initial effort lacked refinement. It was all rough edges, from the inconsistent difficulty, to the boring mission structure and the confusing jumble of moves available via the intimidating upgrade system.

Prototype 2 grows out of those initial missteps, absorbing ideas from better open-world games and implementing them in smart ways. Like any good revision of an early model, this sequel solves most of the problems of the original, serving as a good step forward ... though not without introducing a few new flaws.

Prototype 2 begins with a fascinating concept. New leading man James Heller is an ex-military grunt who returns to find his home in New York City devastated and his family dead. All those people whose lives Prototype protagonist Alex Mercer ripped apart? One of them has powers now as well, and he's going to take Mercer to task for his wanton destruction. 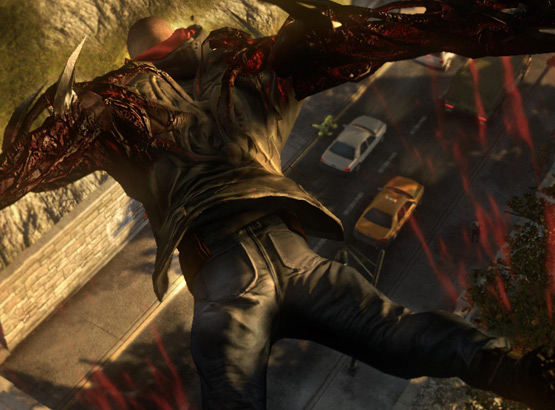 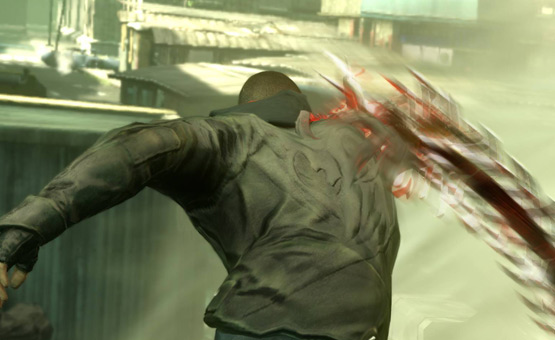 WHILE PROTOTYPE'S TONE WAS DARK, IT WASN'T AS AGGRESSIVELY MEATHEADED AS ITS SUCCESSOR 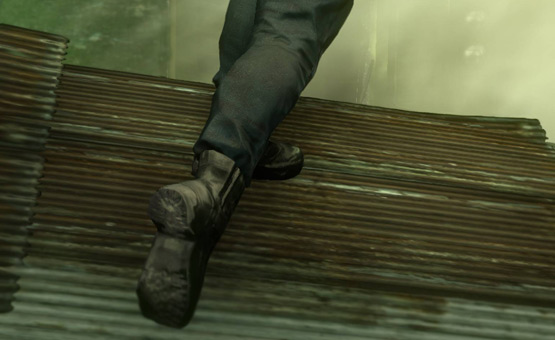 The hows and whys behind Heller gaining powers similar to Mercer are left more than a little murky, but plot is not the reason to care about Prototype 2. Heller is introduced as a tragic hero, but quickly becomes just as unlikable and mindless as Mercer.

While Prototype's tone was dark, it wasn't as aggressively meatheaded as its successor. Heller responds to opposition in Prototype 2like a high school jock stereotype, calling his enemies "motherfuckers" and "dicks" with not a hint of cleverness to his insults. Near the end of the game, he tells a boss character that he will "skullfuck [him] and drain [his] memories out the hole."

But Heller's forced rage fits in with the rest ofPrototype 2's silly alternate universe - a place where virtually every military official, scientist, or government employee is an egomaniacal evil genius. The monologues and backstabs are so over-the-top and goofy that most of the time it seems like developer Radical Entertainment must be shooting for an action movie parody. It made me laugh out loud more than once, but moments of tonal inconsistency kept popping up. When Heller randomly decided to spare a high-ranking military officer's life because he learns the man also had a daughter, I couldn't help but wonder why Heller would assume that the thousands of troops he's mindlessly cut down previous to this aren't parents. 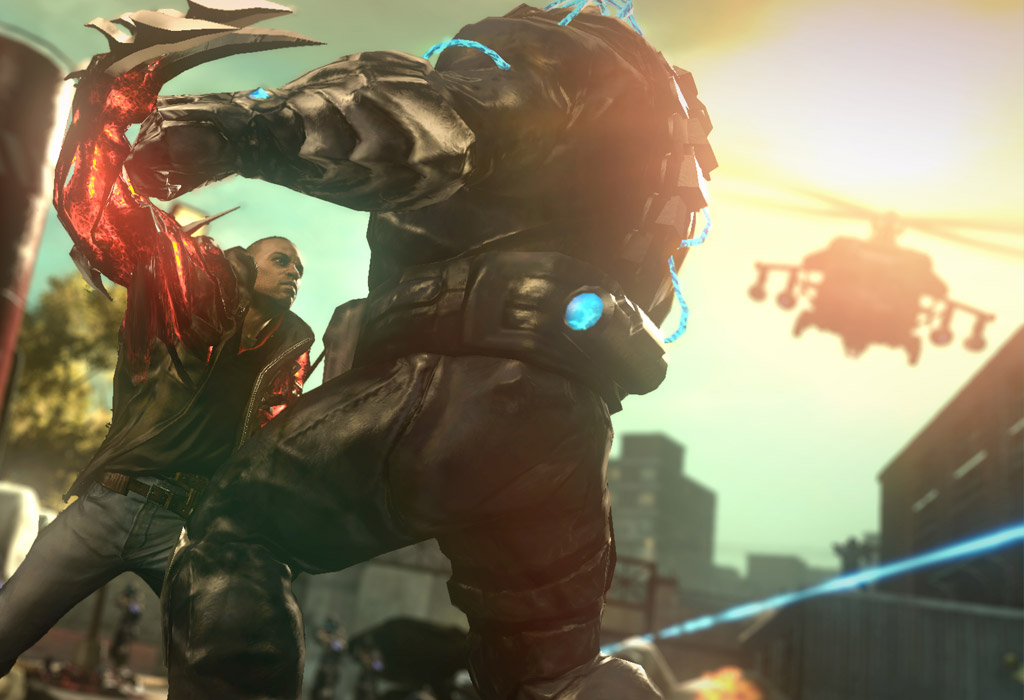 Remember last year's mini-controversysurrounding Batman: Arkham City's flagrant use of the word "bitch"? Many gamers were able to justify it because it was only ever spewed from the mouth of criminals, generally moments before getting knocked out. Prototype 2 occupies much shakier ethical ground. In addition to the potty-mouthed military thugs that you'll be mass-murdering, Heller himself uses "bitch" to refer to female characters -both allies and enemies - a disturbing amount of the time. The game even features an Achievement titled "What a Bitch." The harsh language won't bother everyone, but even as someone who swears a lot and isn't usually affected by these words, I was uncomfortable by the end.

The vulgar attitude that forms the foundation of Prototype 2 wore me down, but the evolution of the original's promising gameplay kept driving me forward. Each of Mercer's three key superpowers - movement, combat, and stealth - has been upgraded in meaningful ways for Heller's adventure.

Heller's ability to run up the side of buildings and glide through the air is the least mechanically different from the first game, but the city itself has transformed in ways that make exploration much more rewarding. Where Prototype's New York City was drab and lifeless, Prototype 2's is sprinkled with color and enough memorable landmarks to feel like a real place. The city has been quarantined into three zones, each with a unique flavor, and the game pushes you through them at just the right pace to prevent boredom. The final area - the Red Zone - is arguably one of the most detailed and disturbing virtual renditions of a destroyed New York City ever. 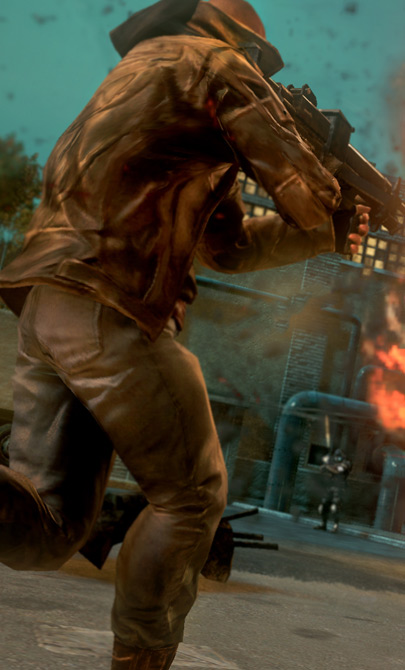 It's also a New York City that's worth exploring thanks to a revamped collectible system. Two of the three varieties of whatPrototype 2 calls "collectibles" are actually essentially side missions. You can get hints about where they are located on the map, and finding all of them in an area nets you tons of experience points as well as specific bonus power-ups called mutations. This smart set-up turns the average open-world collectible grind that I happily ignore into a rewarding activity that kept me busy between story missions. 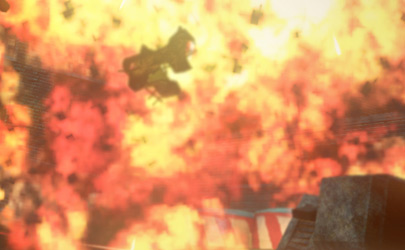 Those story missions are greatly improved by a much smoother learning curve. In Prototype, Mercer's myriad powers opened up for purchase with overwhelming speed, leaving it difficult to determine which upgrades were truly worth it. That mess has been replaced by a more traditional leveling system inPrototype 2. You gain experience points at a set rate, and with each level you earn a single skill point to drop into one of six simple categories (health, movement, etc.)

The leveling system makes you feel like you're constantly evolving, as does the slowed down rate of introduction for new weapons and vehicles. Heller performs best at melee-range combat, with fast swapping between blades, claws, tendrils, and several other weapon types. Combat is aided by button prompts that clarify the timing for dodging, blocking, and counter-attacking. These quick-time events simplify the fights, but they also help Prototype 2 avoid the frustrations of the first game.

Even the notoriously sketchy stealth segments from the first Prototype have been made approachable. In many missions, Heller must use his ability to consume and take the form of enemies in order to infiltrate a base, one soldier at a time. Prototype 2 basically idiot-proofs the stealth gameplay thanks to clear line-of-sight warnings and enemy AI that's more focused on making the game fun than making the soldiers seem smart.

PROTOTYPE 2 ISN'T PRETENDING TO BE SOMETHING IT'S NOT

Despite being a game about a guy who takes the shape of other people, Prototype 2 isn't pretending to be something that it's not. It won't lie to you and act like it's intelligent. Aside from a few brief dramatic moments, this is a pure, machismo-infused, swear-word-flooded, big, dumb action game, and it fills that role much better than its predecessor. Just don't expect the brief flashes of something deeper to form a core part of Prototype 2's DNA.