Share All sharing options for: DICE Awards host Chris Hardwick on whether gaming has (or even needs) its Oscars

The gaming industry has no shortage of formal awards ceremonies to honor the people and organizations that create the games we play. None, however, carry the wide-reaching audience and internally acknowledged legitimacy of awards presentations of other entertainment industries; namely, the Golden Globes, Emmys and Oscars.

Indeed, it seems when considering those two attributes, gaming awards shows must settle for one or the other. Accolades from the Game Developers Choice Awards, IGF Awards and DICE Awards (formerly the Annual Interactive Achievement Awards) are typically recognized for their authenticity and competition, but none are broadcast live on television. The Spike Video Game Awards receive live airplay, but are frequently criticized for a focus on celebrity and a puerile tone, rather than on recognizing the efforts of game developers.

Chris Hardwick is the newly named host of the DICE Awards — one of the only awards shows on the authentic end of the spectrum to also receive a television broadcast on IFC in 2009 and 2010, and G4 the following year, albeit days after the actual ceremony had commenced. He hosts the immensely popular Nerdist podcast and The Walking Dead-centric talk show Talking Dead on AMC. He's no stranger to the role of Master of Ceremonies, having hosted the 2011 SXSW Interactive Awards; he's also slated to host the 2013 Streamy Awards next month.

Comparing video game awards shows is a tricky affair, Hardwick said in an interview with Polygon. Each fills a different role for the community; the bombast of the VGAs, for instance, are a far cry from the slightly more demure DICE Awards.

"I think you have to look at it this way, and this isn't a slight against the [Spike] Video Game Awards at all, but the Video Game Awards are a television show, and as a television show they're probably going to err more on the side of Hollywood than on the side of deep dive, granular — you know what I mean," Hardwick said. "For people who are gaming purists, they might be a little too shiny, and a little too, 'Hey, look at all the celebrities!' If that's what you're feeling, it's because that's a television show, and that means it'll feel glitzier and produced and more celebrity-driven than something that's just for people who play games." 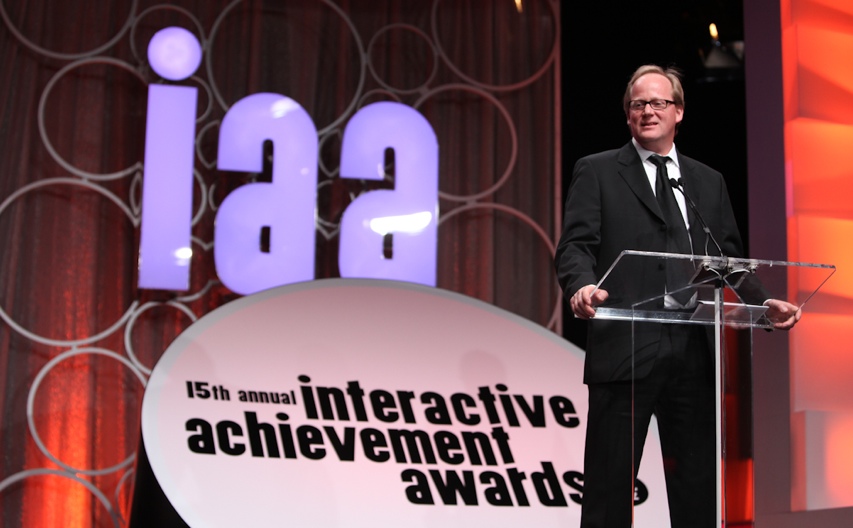 The authenticity that gaming enthusiasts may find lacking in the VGAs is Hardwick's bread and butter. On the Nerdist Podcast, Hardwick interviews geekdom superstars like MST3K's Joel Hodgson, Doctor Demento and Valve co-founder Gabe Newell (whose interview was so lengthy, it was split into two entire episodes). His show matches his interests, ranging from pop culture icons to comic books (and their many adaptations) and, of course, video games.

"I love gaming," Hardwick said. "I love it so much that there was a period of time between like, 2002 and 2005 or '06 where I had to take a break because it was so dominating my life that I wasn't working. Like, for a while I had to give up gaming the way I game up drinking. Then I slowly introduced games back into my life, and got back into it, and have been since. It really means a lot to me; I've been playing video games since there were video games.

"Even though video games get shit some times from people who are like, 'Oh, you play too many video games,' or, 'Oh, they're too violent.' It's like, well, video games actually bring people together. I think they're an important facet of who I am."

"It really means a lot to me; I've been playing video games since there were video games."

Just as they bring people together, though, that enthusiasm can also drive the community apart, in a way. That could be one of the reasons that video games don't have their equivalent to the Oscars; fans form such personal attachments with games that interpreting their merits can be a difficult prospect, Hardwick said.

"I think what's difficult is that the audience of video games is so splintered, because people are so, so, so passionate about their video games; way more passionate than folks are about television or film," Hardwick said. "You can play a game for 40 hours. You're glued to your television set and you form a very intimate bond with the game you're playing, and it's a very personal experience. In a lot of ways, rating it or expressing it on a bigger platform and telling people, 'This is how the game is,' it can be upsetting for people who have a very specific connection to that game.

"On a very basic level, if you don't interpret a game the way someone else does, they take it as a personal attack because it's so much a part of who they are that they almost feel like you're attacking them. Not to diminish the power of movies, but a game is so much more immersive. You attach so much more of your core belief system to a video game. There are so many elements, there are so many places that a game can fail because it's an experience rather than just something that people put on screen and say, 'Okay, just let this hit you in the face.'" 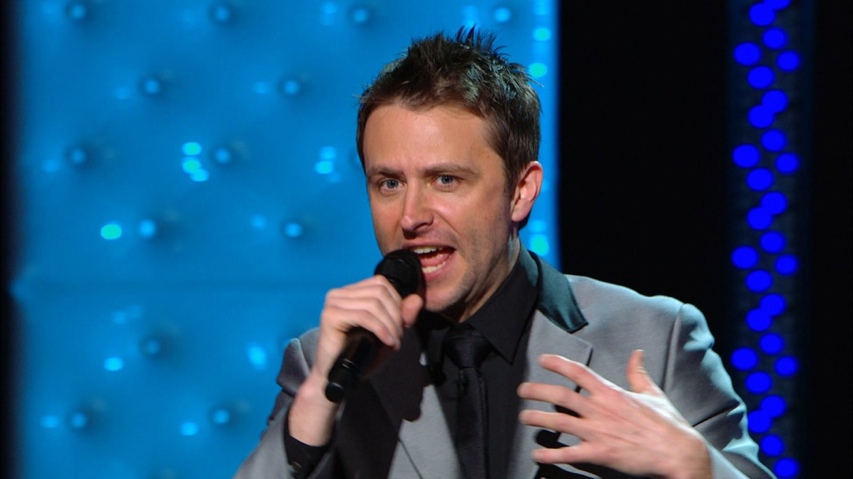 Still, the strengths of video game immersion over non-interactive media doesn't change the fact that the celebrity of game creators is, by and large, completely dwarfed by that of television and film personalities. If these developers were recognized with an awards show of the scale and audience of the Oscars, they could finally start to see that recognition.

However, Hardwick argues that mainstream recognition exists in a "sphere" completely separate from that of the otherwise insular gaming industry.

"Like, Gabe Newell is a fucking legend — does it matter that he's not on Entertainment Tonight," Hardwick said. "I don't know, that's just a different sphere. I think when you have movies and television, you have the mainstream media sort of subsisting on those sectors of entertainment and so that's what they're going to be writing about constantly. Those are the magazines that people buy at grocery stores.

"I like a fun, efficient show, where everyone feels like, 'This was fun. No one really got shit on, but we still laughed.'"

Hardwick said he sees the DICE Awards as a chance to recognize the achievements of game developers, and celebrate how far and fast the industry has grown since its origins. The show has always had a focus on maintaining that kind of atmosphere; even though former host Jay Mohr — who showed a genuine appreciation for game creators in his lengthy monologues — frequently took roast-like jabs at the industry's lack of diversity, and love of sequels.

"I'm not really a roasty comic; I'm more of a let's all have fun kind of comic," Hardwick said. "The thing is — and this is totally separate from Jay, Jay is actually a really sweet guy — I've hosted a lot of awards shows for things, and there's always an urge for a comic to do more stand-up in an awards show. But for me, it doesn't feel right to do that. I feel like people aren't really there to see me, per se, I'm just sort of a fun traffic cop.

"I like a fun, efficient show, where everyone feels like, 'This was fun. No one really got shit on, but we still laughed.'"