Ni no Kuni: Wrath of the White Witch is the product of a collaboration between two fan-favorite Japanese teams: RPG developer Level-5 and animated filmmaker Studio Ghibli. It features the bright colors, outlandish characters and serious-yet-cheery story that Ghibli fans expect, but it also has the old-school RPG elements that Level-5 specializes in: grinding, a heavy emphasis on exploration and a sluggishly paced globe-trotting adventure.

That combination impresses at first. Ni no Kuni is gorgeous, detailed and massive. Its fairy tale world has an undeniable pull. But despite all the ambition and love that has gone into its creation, Ni no Kuni's wide-eyed optimism can't quite overcome some of the problems embedded deep within. For a game that's heavily invested in the boundless imagination of children, Ni no Kuni: Wrath of the White Witch struggles with a lack of creativity.

Wrath of the White Witch tells the story of a young boy named Oliver. His mother dies after an accident, and Oliver finds himself consumed by despair — until a doll in his room suddenly springs to life, revealing itself to be a fairy from another world. The strange creature recruits Oliver on an adventure to save his fantastical world from a djinn (i.e. evil spirit) who has driven apart the nations and people inhabiting it.

The adventure's arc becomes predictable quickly. Oliver hasn't been in the new world for longer than a few hours before he is proclaimed its savior and taps into a deep reserve of magic powers. Without Studio Ghibli's beautiful art style and weird creature design, there wouldn't be much to motivate players in the by-the-numbers story. 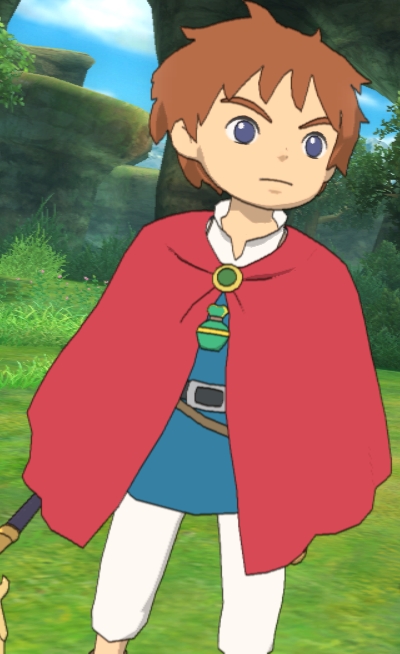 Whether it's a desert city with fountains of flowing milk or a graveyard with an ominous moon permanently fixed in the sky, Ni no Kuni is dotted with stunning, memorable settings. There's a sense of wonder to seeing how Studio Ghibli interprets even the most obvious of RPG tropes — the evil empire, the rogue with a heart of gold, the boy wizard with a powerful destiny. 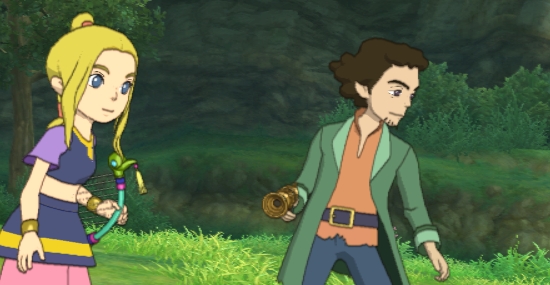 Oliver's role as a wizard leaves him ill-suited to face the monsters of Ni no Kuni. Instead he tames and trains wild enemies, which become familiars. Oliver and all additional party members can carry up to three familiars at a time that can be swapped in battle, while extra recruits wait to be called in at save points.

Ni no Kuni's adorable familiars benefit from a deep evolution system as they help out Oliver. Early in the game I captured a swashbuckling cat named a "purrloiner." Each familiar has two major upgrades in its life — the first is down a single path, while the second splits into two directions. By the end I was able to choose whether to turn my pirate cat into a fire-happy "Puss in Bouts" or a water-based "Puss in Boats." The game's translation throws out puns constantly, but they're always clever enough to make me smile.

I was initially bothered to discover that "metamorphosing" a familiar kicks it back to level one, but freshly upgraded allies are still fairly powerful and catch up fast enough to diminish any sense of an endless grind. Beyond the major evolution decision, you can perform minor stat tweaks on creatures by feeding them different sweets — chocolate increases strength, pie increases accuracy, etc. — and you can give them gems that teach specific abilities. It leaves plenty of room for training your favorite familiars in whatever direction you want, although that flexibility feels wasted on the messy combat mechanics.

The sloppy combat system holds back AI partners from being effective 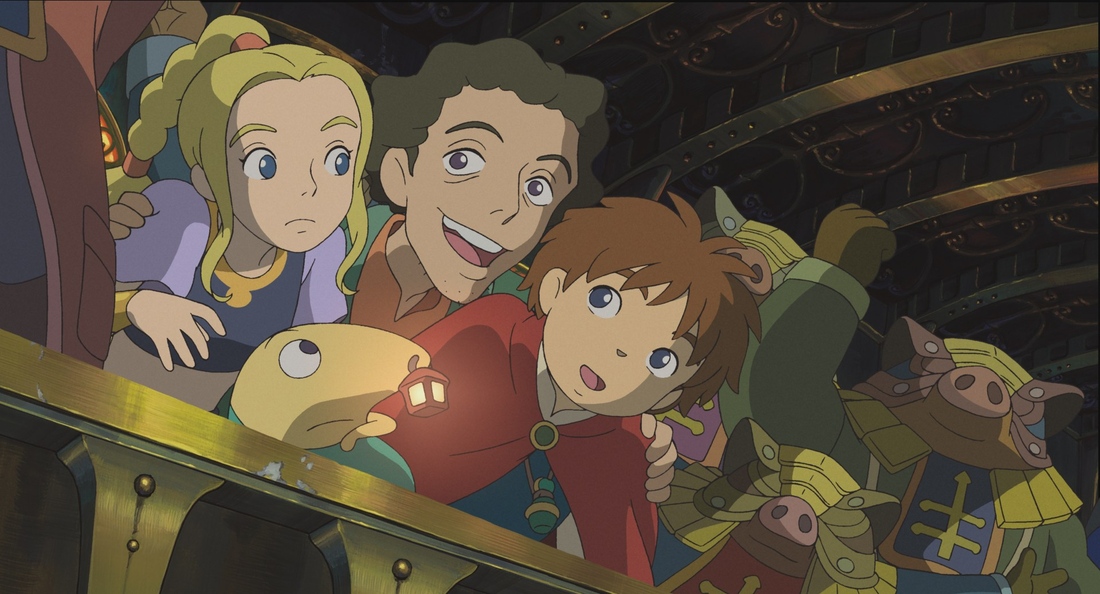 Ni no Kuni's combat takes place in real time, though it allows you to pause to switch between Oliver and one of the other party members or any of the familiars currently in your employ. You can run around the battlefield at will as whichever character or creature you've selected, but you still choose your actions — even the most basic attack — from a menu. While real-time combat makes for faster battles than if it were turn-based, the lack of direct control is often frustrating. Selecting "attack" brings up a five- to ten-second timer, and until it runs out, your character will continue a series of auto-attacks on the enemy. Sometimes you'll choose attack but the creature you're controlling will inexplicably just stand there for the first few seconds of the timer, letting it tick down. I was never able to work out why this happens from time to time.

Attacks also have a minimum range requirement, so often your character will burn some of the attack counter getting closer to an enemy. That wouldn't be a problem except that sometimes characters will get stuck running head-first into an ally as they try to line up an attack. You can't actually control any movement until the attack timer runs down unless you cancel the command ... which in turn introduces a cooldown timer before you can select it again. It's a sloppy combat system that's even more frustrating when you realize how much it holds back your AI partners from being effective. 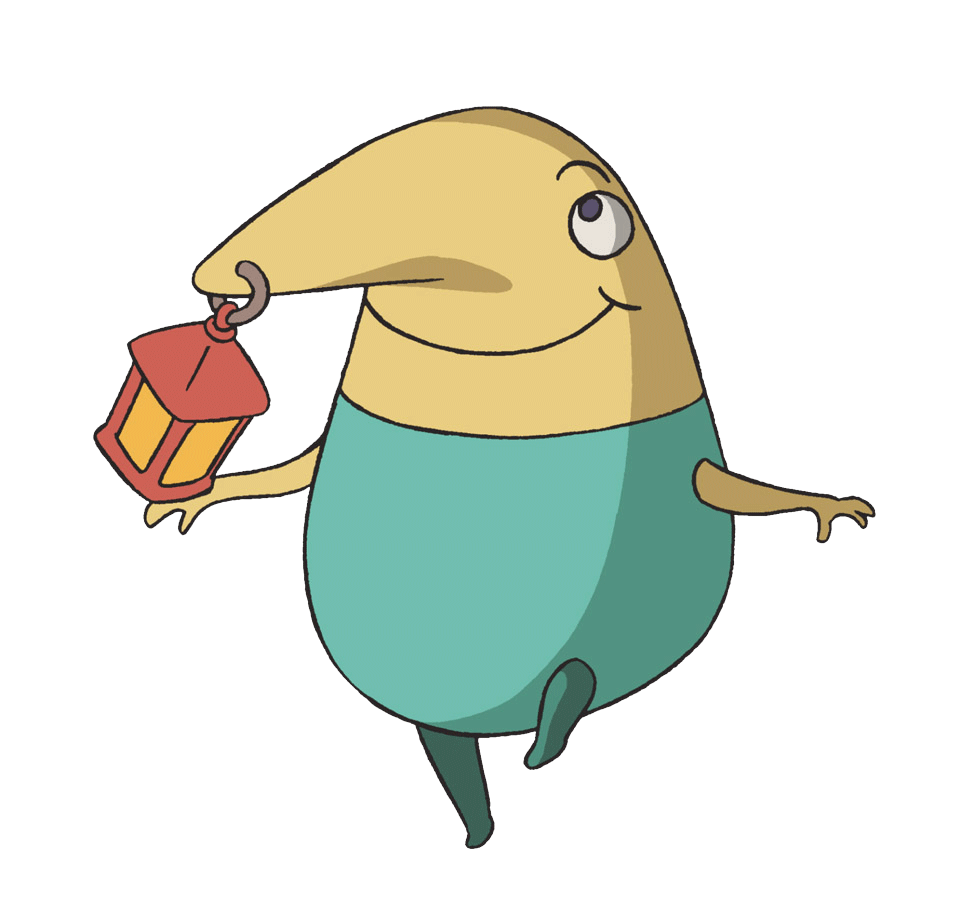 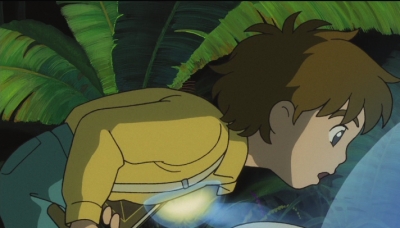 The lack of control is annoying but workable for most of the regular enemy encounters throughout Ni no Kuni, but it's a serious hindrance in more difficult boss battles. Boss encounters are built around a primary strategy of avoiding major attacks by defending or evading. As with all other actions, defending requires flipping through a menu and selecting it in real time; therefore bosses have build-up to their major attacks to give you time to select. For many bosses, this build-up time isn't nearly long enough. I often struggled to cancel whatever attack I was doing, move the cursor to defend, select it and successfully have my character enter a defense stance before the boss pulled off a devastating spell.

These timing problems make Ni no Kuni feel unbalanced, particularly in the mid-game when I had started to gather a large collection of monsters but didn't have any built up to particularly powerful levels. Later bosses have better tells, putting the game's detailed animation to use, and a bigger selection of buffed-up familiars makes even the most difficult end-game fights more approachable. There's a relatively fun — if difficult-to-manage — combat system at the heart of Ni no Kuni, but you'll have to really work to see it for at least a third of the game. 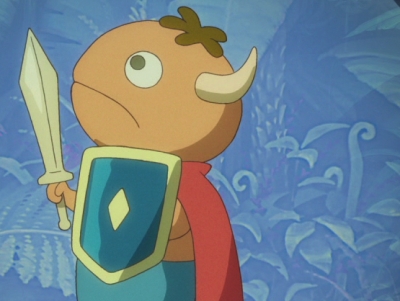 Ni no Kuni also has some serious pacing problems — the titular White Witch isn't mentioned by name until 40-plus hours into the game — and they extend well beyond its plot. Ni no Kuni hinders itself by holding back major additions for far longer than necessary. The game-changing ability to command AI allies to focus on attack or defense at the tap of the button isn't offered until 15 to 20 hours into the game — immediately after one of the hardest, most annoying boss battles where your allies are sure to die multiple times to attacks they're too stupid to defend against.

Side quests weigh the game down in the form of an errand system, a fancy name for repetitive RPG fetch quests that nonetheless offer very helpful rewards. The crux of most of the errands involves mending broken hearts. Each broken-hearted NPC will be lacking in some specific emotion — courage, love, kindness, etc. To fix it, you'll have to find a counterpart character who has an overabundance of the emotion necessary and cast a spell on them, then return to the original NPC and cast a spell to transfer the emotion. The game explicitly spells out which emotion a character is lacking and shows characters with excess emotion clearly on the mini-map, so there's no real gameplay here; it's just running back and forth between a couple of NPCs.

A few of the errands turn into something a little deeper, and you'll also be able to take on bounty hunts that require tracking down and defeating powerful monsters. Complaints about how uninteresting the errands are aside, it's worth doing them. In addition to monetary rewards, each completed quest or bounty hunt earns you stamps on merit cards. Filled merit cards can be turned in for a variety of game-changing perks, such as increasing your walking speed on the world map, improving the chance that enemies will be charmed over to your side and even refilling health as you walk. It's a clever system that makes the side quest content feel like it's adding something of value to your experience.

At its best, Ni no Kuni presents you with riddles that require trawling through the Wizard Compendium — a lengthy in-game book — looking for clues, translating an ancient language and generally working your brain more than anything else in the game. But those riddles are few and far between. Most of the puzzles are of a more basic variety: The path in this snowy cave is blocked by a wall of ice; open your magic menu and select the fire spell to melt the ice.

Like old adventure games, these puzzles are single-minded in their approach. The Rejuvenate spell "rewinds time for an object, restoring it to its former glory." It can be used to restore a broken-down bridge in one dungeon, but it won't work on a nearby rusty door. Likewise, I cannot use the "Bridge" spell that I've used elsewhere to get me over the gap in that dungeon, because I have to use Rejuvenate.

Ni no Kuni's combat, side quests and puzzles never come close to matching the imagination on display in its visuals. I was charmed, but always by stuff surrounding the gameplay — never by the gameplay itself. Level-5 hasn't created a bad game but an inconsistent one that doesn't seem to understand its own strengths and weaknesses. The flashy look and cheerful tone will pull some people through, but at its core, Ni no Kuni: Wrath of the White Witch is missing a chunk of its heart that's hard to ignore.