Both versions of the Gold Edition will include all content from the original Shogun 2 and the expansions. Rise of the Samurai, released in 2011, is set 400 years prior to Shogun 2 and is based on the events surrounding the institution of the first shogunate and the rise of Samurai as a ruling class. The second add-on, Fall of the Samurai, was released last year as a standalone expansion and takes place 400 years after Shogun 2. Fall details the Samurai's struggle against modern weaponry and firepower, and the fall of the last shogunate in the 19th century.

Total War: Shogun 2 is a real-time strategy and tactics title set in 16th century Feudal Japan, a world worn down by warring clans and the bitter struggle for power between 10 of the country's most powerful warlords. 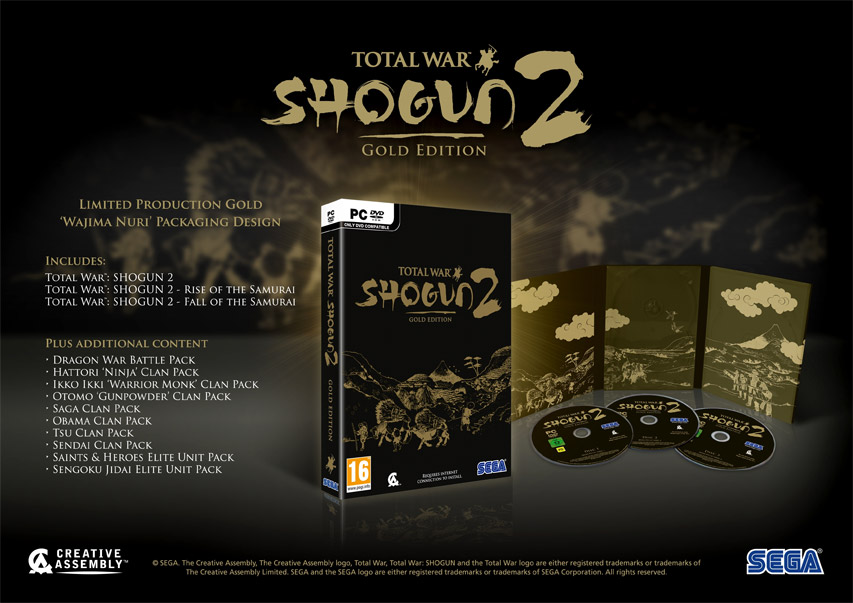