Earth Defense Force 2017 Portable is a bona fide mess. It's a port of a six-year-old Xbox 360 game that infuriates me. It makes me spit and swear.

But I love it.

The science-fiction shooter has you fighting bugs wider than houses, robots taller than skyscrapers and UFOs larger than cities. Everything is destructible; buildings crumble like sand castles. Your mission: Shoot everything til nothing's moving. All of that unabashed carnage has been ported into the Vita version, along with the addition of a handful of new levels, weapons and a character that can fly over buildings and creatures.

Earth Defense Force 2017 is ugly and dumb. It's full of problems.

I just don't care about any of them.

Few video games revel in their own cheapness, but Earth Defense Force pulls it off 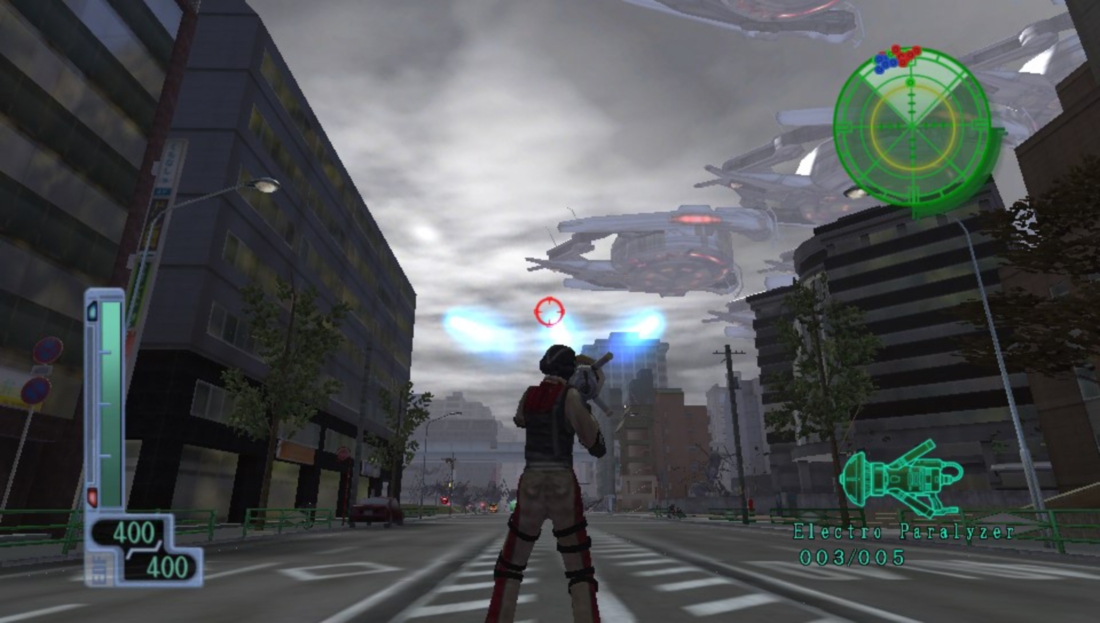 Bugs (both the insects and the coding errors) are a key part of Earth Defense Force 2017 Portable. Counter to common sense, they regularly improve the experience. When a gargantuan spider clips through an office complex or a colossal robot ricochets down an avenue, it's hard not to laugh. Few video games revel in their own cheapness the way B-movies or pulp fiction do, but Earth Defense Force pulls it off. The bugs add to the over-the-top hilarity of what's happening in the game.

Fittingly, Earth Defense Force 2017 Portable's script borrows from B-films of the last half-century, spiking dramatic moments with over-the-top music cues and aping dialogue in the vein of "Oh no, it's an ambush!" and "Kill! Kill! Kill!" The writing is unquestionably poor, but I couldn't resist plugging in my earphones to hear every last, repetitious sound bite.

The writing is good-bad, but the controls can be plain bad. The vehicle controls are some of the worst I've ever experienced in a third-person game. The helicopter, which floats upward with a long press of the X button and strafes with the left and right bumpers, flies like a drunk hummingbird, bouncing from one building to the next before crashing to the ground. The new jetpack character is slightly easier to control, but it doesn't compare to the pleasure of simply walking around with a high-powered weapon.

Getting said weapons is a crapshoot. To unlock new weapons you need to collect green boxes during missions. This goal creates an interesting risk-reward scenario: Do you run into the pack of enemies to get the boxes, or play it safe and maintain your distance, but never get better guns? It would be smart design if you knew the quality of weapon hidden in each green box, but they all look the same. You could be risking your life for a special grenade launcher or a weak rifle — you won't know until the mission's finished. 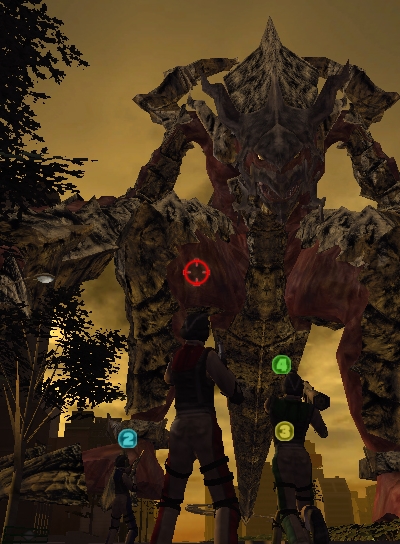 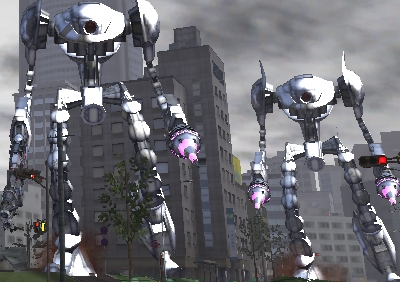 For old fans of Earth Defense Force 2017 on the Xbox 360, there's little new material, and the weapons and stages aren't different enough from what was already available. While it's neat to fly about the stage, you have to complete the entire game before the new character is unlocked — a redundant chore, given how repetitive missions can already be.

Online play modes — both cooperative and versus — are a blast, but lobbies are usually empty. When I found a group to play with, I would too often discover after a loading screen that someone else had beat me into their match, taking my place in the group and leaving me to play alone. And even managing to make it into a game, the fun often ended all too quickly. If you die in a cooperative match, your only option is to watch the other players from a locked viewpoint above your lifeless corpse.

Did I mention I love Earth Defense Force 2017 Portable? It's my personal stress ball, something I return to whenever I just need to relieve some tension or zone out. It's a buggy mess with enough glitches to be mistaken for experimental art. It's an ode to the action games of yore with the technical oomph of today. And sure, it's sort of broken.