But it's not his first.

In the early 90s, Greg Zeschuk was a freshly minted doctor. Finally free of medical school, and two years of post-graduate training, Zeschuk made a strange choice: He decided to turn his back on the medical profession and take up a new, incredibly risky one: Video game development.

Now, about two decades later, Zeschuk has once more made a seemingly insane leap of faith.

Last year, he announced to the world that he was leaving Mass Effect creator BioWare, the video game behemoth he helped found with fellow doctor Ray Muzyka decades ago, to try something new: A web video show about beer.

Both choices, Zeschuk tells Polygon, were fueled by passion, the passion he never quite felt for being a doctor, and the passion he recently lost for making games.

"I just felt like my passion was waning," Zeschuk said of his decision to leave BioWare in September. "And I am very much a creature of passion and so I kind of looked at myself and go ‘OK, If I was to do something else what would I do? What would I really feel engaged in? What would I really enjoy?'"

The answer, it turns out was beer. Working in Austin, Texas, Zeschuk had gotten "really obsessed" with beer while leading development of massively multiplayer online game Star Wars: The Old Republic.

"It is very hard to explain, but I find it a very, very interesting subject," he said.

This week at Austin's Alamo Drafthouse, Zeschuk will premiere the first three of what he hopes will become a thriving video show.

In 1992, Zeschuk graduated from the University of Alberta with a medical degree. He spent the next two years training, one in the U.S. and one in Canada. Then in 1994, qualified to practice family medicine, Zeschuk began working weekends in small towns around Canada picking up overnight shifts as a doctor. At the same time he and Muzyka began working on a piece of medical simulator software called the Gastroenterology Patient Simulator. That piece of software helped Zeschuk and Muzyka, who is also a doctor, realize that they were "really passionate about gaming." As the two struggled to get BioWare off the ground, Zeschuk continued to work as a doctor on weekends, earning enough money with a couple days work to help him make ends meet for the month.

By 1999, BioWare had released several games and launched the popular role-playing video game franchise Baldur's Gate. Over the next six years or so, the developer made a name for itself as one of the top role-playing game developers in the world. In 2005, the studio sold to Elevation Partners and then two years later, the group was purchased by Electronic Arts. 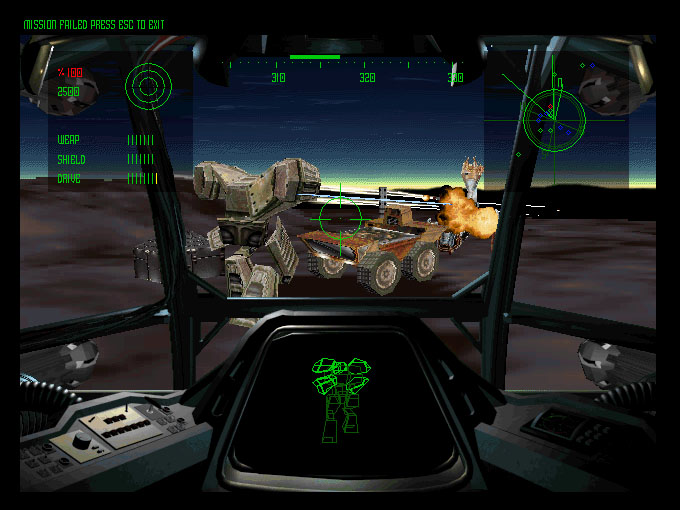 Under EA, BioWare produced much of the Dragon Age and Mass Effect series, perhaps its two most popular and enduring franchises.

"I think one of the reasons that we survived and succeeded within EA was that our company was mature enough and there was enough good people throughout to handle the EA bear hug &mdash; something that is well meaning but vigorous," he said. "We needed to be strong to survive that and I think we did and you evolve from that as well."

While the studio, now a subsidiary of EA, thrived, Zeschuk began to feel his passion for gaming wane.

"I just wasn't as into it as I was originally," he said.

Muzyka too was beginning to think about leaving the company, Zeschuk said. The two, still good friends, would talk about it at times.

"I think we both sort of had the conversation together for quite some time, you know," Zeschuk said.

"Fans are kind of mad at us for leaving because they think we owe them more games. I wish I could deliver on that, but I don't think I would be as good as I was in that space historically. Like I said, the fire wasn't there."

Zeschuk isn't entirely sure when that typical grousing about a bad day and saying they should just quit, began to form into a real plan, or even which of them seriously broached the topic of leaving first.

"It's one of those things that's always really funny because, if you're really grumpy, you know you go, ‘Ah, I'm just going to leave,' and then you're, ‘No, no, no.' And then finally there's this point where you know you go, ‘Hey, you know, I think it's time to go. And we can kind of looked at each other. You know, it's one of those weird things. We didn't both hatch our plots and then reveal them to each another. I think that there was just ongoing conversation that was kind of we both felt it was the right time to move on."

Just why Zeschuk lost his passion for gaming remains a bit unclear. Was it because of the sale to EA, Star Wars: The Old Republic's relatively small subscriber base, the anger some fans felt over the ending of the Mass Effect trilogy?

"Everything's a factor," Zeschuk tells me. "There's nothing that's not a factor, but there's no single one thing. I think the best way I can describe is: Do the same thing for twenty years and it's very, very intense. It's very high pressure. It's very high stress. It's challenging. It's sometimes rewarding and sometimes it's not. And you just get tired of it after awhile. That is probably the easiest way to for me to describe it. Sometimes you just need to change things.

"One of the few things I find kind of funny is the responses of the fans, because they sort of respond that they are kind of mad at us for leaving because they think we owe them more games. You know it's sad I wish I could deliver on that, but I don't think I would be as good as I was in that space historically. Like I said, the fire wasn't there." 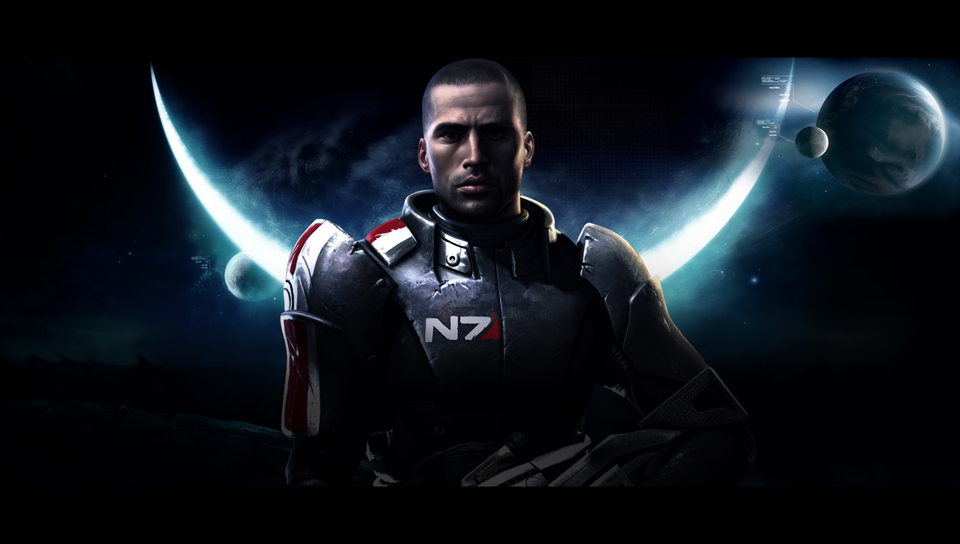 And the passion of fans, so vibrant in the world of video games, was both a source of strength for Zeschuk and something that wore him down, he said.

"For all the people that are mad at us, there's also a whole bunch of people who are really happy with us," he said. "It's a balancing act, right? We are big boys and you have to be able to deal with that criticism. I totally get that passion. One of the absolutely exciting things about having worked in the game space is that the level of passion people have for what we create is insane."

By last spring, Muzyka and Zeschuk were both working on how they could leave the company without hamstringing it. What was most important to both of them was that they didn't damage the company they formed all of those years ago, by leaving it.

"I think that was sort of a fundamental thing," he said. "The reason we contemplated it and executed it over a longer period of time than a lot of folks do, was simply we wanted to make sure it was setup to be successful. We still love the people, love the games, love the company, it just had to succeed without us and we wanted to make sure there were great leaders in place to make that happen."

On September 18, both Muzyka and Zeschuk announced their retirement. Muzyka to spend his time in "social impact investing" with his company Threshold Impact and Zeschuk to work on a new project: The Beer Diaries.

Muzyka and Zeschuk, no longer "the doctors of Bioware," still hang out. Just last week, Zeschuk was on the phone with Muzyka helping him design his new website, Zeschuk said.

"We're very close," he said. "We always joke with our wives that arguably we've spent more time with each other than our wives for that fifteen to twenty year period."

The Beer Diaries is a website and weekly online video show that celebrates and promotes craft beer from around the world. Zeschuk says they've already shot 20 of the shows, which they plan to roll out weekly on the site, and premiere at events around the country. In each show, Zeschuk talks with beer makers about the passion for their craft and their struggles trying to succeed in an industry dominated by massive manufacturers. And perhaps that's part of what drew Zeschuk to the craft brewery scene: he sees in these struggling upstarts a bit of himself.

"There was one really, really, really important similarity that inspired me into making these beer videos and reveal the passion of the brewers," he said. "And that was simply the passion of the people that are making it. Craft brewers in particular are so inspiring because they are quite literally these guys that go ‘I know there is this giant industry trying to dominate the beer space ... I'm going to give it a shot, I'm going to be a plucky entrepreneur and I have this passion to keep at it until I make great beer and I figure out how to sell it.' 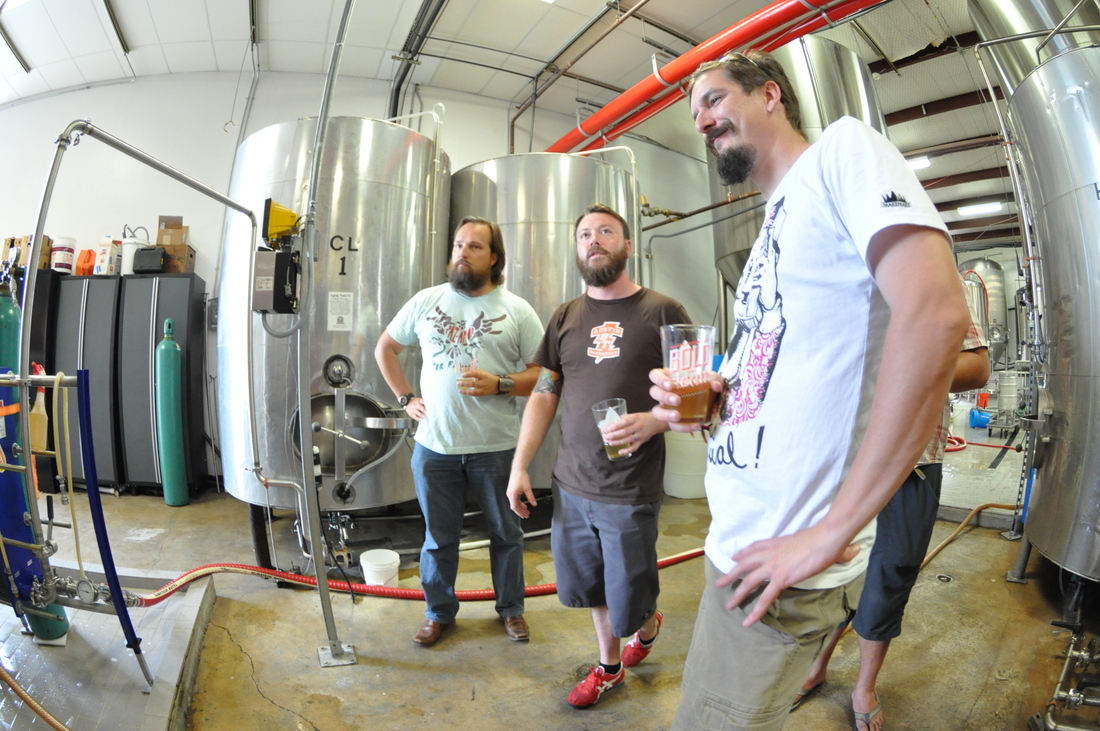 "So in some ways it's a passion story and an entrepreneurship story ... It's exciting to see a company rise from nothing to make something and I kind of saw maybe a bit of ourselves in these guys."

While microbreweries are in many ways like the indie developers of the video game industry (Zeschuk calls them a disruptive force within the beverage industry), the key difference is that the massive beer companies see the small upstarts as nothing more than a destructive force.

"They are not looking for better beer," he said. "They are looking to have less competition. It's kind of a fairly fundamental difference between the two worlds. I think in the game space there is more synergy between the publishers and the indies at times, not always, but at times. And there just isn't in the beer space at all."

With two successful careers under his belt and the third about to launch this week, I couldn't help but ask Zeschuk what he thinks his fourth career will be?

"I have no idea about that," he said laughing. "That's a total mystery. No idea. This sort of found me randomly, so I just hope the next one will find me semi-randomly too."

When Zeschuk said his goodbyes last year, he wrote that there was a strong possibility he wouldn't be returning to the game industry. Does he still feel that gaming isn't something he'd come back to?

"Yeah, it's probably not," he said. "I'm having fun doing what I'm doing, so probably not. We'll see, but I'm not planning on it at this point for sure."