Mass Effect series producers Casey Hudson and Michael Gamble tweeted screenshots of what appears to be new content for Mass Effect 3 earlier this morning, as seen above and below.

The first image, tweeted by Gamble, features a heavily armored Krogan smashing the ground with a futuristic-looking hammer — an image Gamble accompanied with, "Does not look like a guy you'd want to mess with." The second image, posted below, shows a seedy-looking neon-lit city, which hosts the Silver Coast Casino and a street called the Silversun Strip.

"Looks like a nice place for some R&R," Hudson tweeted alongside the image.

We've reached out to BioWare to find out if the images are indeed hinting at upcoming DLC, and when we can expect a formal announcement. 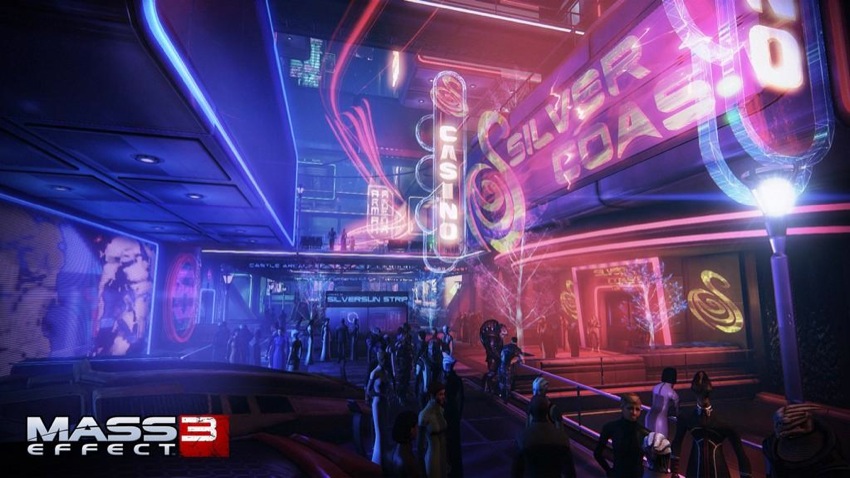