Surviving a zombie apocalypse with nothing but a diary

Nobody likes Maria. She's whiny, she's slow and that broken hand of hers means she can barely contribute to the team's survival. She's a growing liability. Within the hour a Pied Piper will show up. He can distract the zombies and lead them away from the hideout, buying everyone more time. He'll need bait, though. He'll need live, human bait.Nobody likes Maria. So what do you do?

Surviving a zombie apocalypse shouldn't be easy, and Zafehouse: Diaries has no intention of making it so. The text-based simulation strategy game from Screwfly Studios forces players to consider the baggage that comes with the idea of survival. It's not about hit counts and zombie hordes or melee attacks and gore. It's about people. It's about those people's fears, prejudices, motivations and ability to hold it together. It's about having a plan and having that plan fall apart. It's about failure and success being but a stone's throw apart. 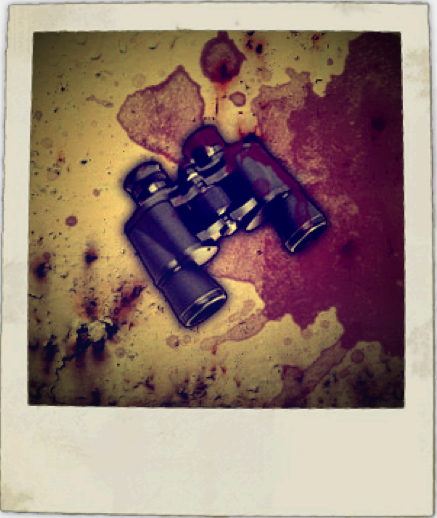 What appeals to me is the relationships, the conflicts and the psychological aspects.

"There are a lot of zombie-themed games or post-apocalyptic-themed games where you kill stuff or slaughter hordes of zombies, and it's very action-based and I think that appeals to a lot of people," says Zafehouse: Diaries creator, Logan Booker. "But for me, I always thought back to the movies of the genre, and what appeals to me about it is the relationships, the conflicts and the psychological aspects."

Booker looked to films and television shows like The Walking Dead and 28 Days Later — stories that focused on the emotional side of survival — and merged those themes with a simulation management game. On his first try, he made a primitive prequel to Zafehouse: Diaries that was simply called Zafehouse. It had no art, no animations, and the whole experience was communicated through windows, text boxes, menus and lists. Buildings were represented by buttons, weapons and supplies were shown as text on panels. "It didn't look like a game," Booker says.

To his surprise, people were interested in what he was doing. Sure, Zafehouse may have been cobbled together in a week and looked like a Windows application, but it was doing something right. Buoyed by the positive response to his little experiment, Booker teamed up with fellow developer David Kidd for a bigger experiment — Zafehouse: Diaries.

For a game with few images and no animations Zafehouse: Diaries is an intense experience, often leaving players on edge.

"Interactive fiction is really quite evocative," designer David Kidd says. "It can paint the most incredible pictures of the scenes that are going on and what you think might be going on, and your brain fills in those gaps, which is really quite compelling."

Booker says it's comparable to comics where readers fill in the gaps between the panels. "If Batman punches someone, you see the whack, and you kind of create how he's fighting. Everyone has an idealized version of events in their mind, so you don't just have our vision of it, it's your idea as well."

In order to evoke tension, a sense of urgency and, often times, panic, Kidd says all characters have a back story and a history — they're people players can identify with.

"We also tried to make them identifiable — these people could be anyone. They aren't superheroes or special agents or soldiers. That guy was a bartender, the other guy was a firefighter, she was a librarian."

Aside from making the characters relatable, giving them occupations also tells players about what they might be good or poor at without the need to overload them with stats about strength, intelligence and dexterity. Players can assume that if a character used to be a firefighter, they are likely to be hardier and less likely to freak out at the sight of corpses than, say, a college student. To an extent, it also informs players what motivates a character.

"Motivations were a big thing," Kidd says. "So characters will choose to do a certain thing or won't choose to do other things based on their motivations. We looked at occupation codes — it's called Holland Code in psychology — it's a metric of defining different motivations."

These motivations give players an idea of how a character might perform a certain task and whether they will get along with others. For example pairing two people who don't like each other to perform a task could either result in the two bonding and forming a stronger relationship that is beneficial to the party, or it can lead to a blow-up that worsens the relationship. In a disastrous scenario, one person could attack the other, the noise could draw the attention of zombies and the entire party could be wiped out.

In Zafehouse: Diaries, people can be as precarious as the situations they find themselves in.

Zafehouse started as a modest PC experiment. Today its sequel has entire forum threads with tens of thousands of views dedicated to role-playing the game.

"I'm pretty blown away, actually," Kidd says. "It's just absolutely astonishing. We looked at the surface area of the game and thought, 'How can people interact with it?' Typically with PC games you just play the game and there's a one to one engagement. But there are so many ways you can interact with Zafehouse: Diaries."

These are your experiences, your frustrations, your dilemmas and, ultimately, your decisions.

The Pied Piper arrives in five minutes. What are you going to do?

Zafehouse: Diaries is now available for Windows PC. It is also on Steam Greenlight.