New details on an unannounced Ubisoft Montreal project once rumored to have been a Prince of Persia series reboot and codenamed "Osiris" have emerged from a video posted by composer Mark Kilian.

A rough cut demo video featuring Kilian's music uncovered by NeoGAF member Gitarooman shows what appears to be concept art and motion capture sessions for Osiris, but no actual gameplay. A hero character is shown entering a violent mob, then pulling a victim away. Other scenes include a character performing incantations and a plague of insects. Artwork of an earthquake, ritual sacrifice and masked priest indicate an ancient Egypt setting.

The rough cut video, said to be commissioned by Ubisoft Montreal, notes that Osiris comes "from the studio that brought you Assassin's Creed."

Portions of the motion capture appear to match up with screenshots from a video leaked last year just before E3, specifically one in which a dark character walks toward the camera through a parting crowd. Other screenshots leaked at the same time to NeoGAF member Wario64 featured a Ubisoft logo and the tagline "Judgment is coming." 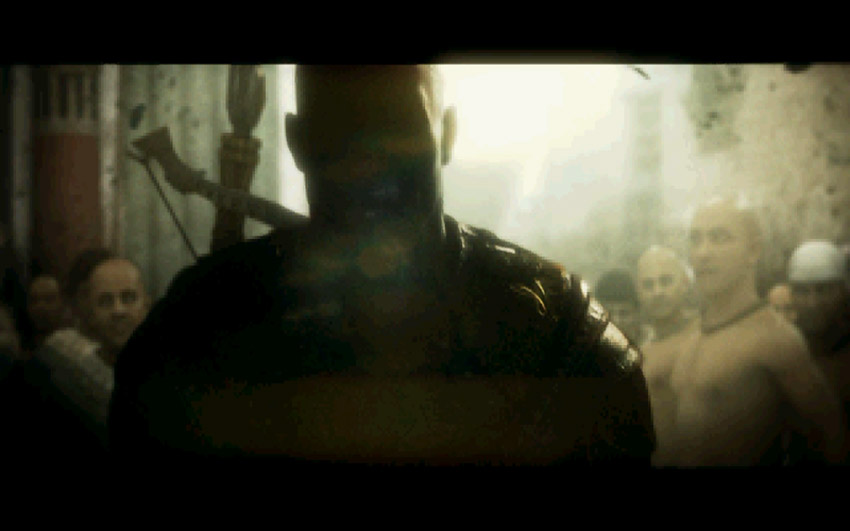 Following the leak of another image last year that appeared to be from the same project, speculation arose that the unannounced game was tied to Ubisoft's Prince of Persia series.

Ubisoft Montreal CEO Yannis Mallat recently said that the Prince of Persia series has been "paused."

"As soon as we have something to show, we will," Mallat told IGN.

Polygon has contacted Ubisoft seeking comment on Osiris and its possible relationship to Prince of Persia.

Update: "The content in question was from a Ubisoft project that is no longer moving forward," a Ubisoft representative tells Polygon.