Rovio's Angry Birds games racked up more than 8 million downloads on Christmas Day, according to an infographic released by the Finnish studio today.

According to data from mobile app analytics company Flurry, Dec. 25 saw approximately 17.4 million new Android and iOS phones and tablets, and Rovio said its download numbers meant an Angry Birds game was downloaded on every other new device. Angry Birds' momentum continued throughout the week including Christmas — according to Rovio, the series' games were downloaded 30 million times from Dec. 22 to Dec. 29.

Rovio did not provide a specific game-by-game breakdown. The newest addition to the Angry Birds family is Angry Birds Star Wars, which launched in November on a wide variety of devices; it has maintained its position at the top of the U.S. iTunes App Store charts since its release.

Check out the full infographic below. 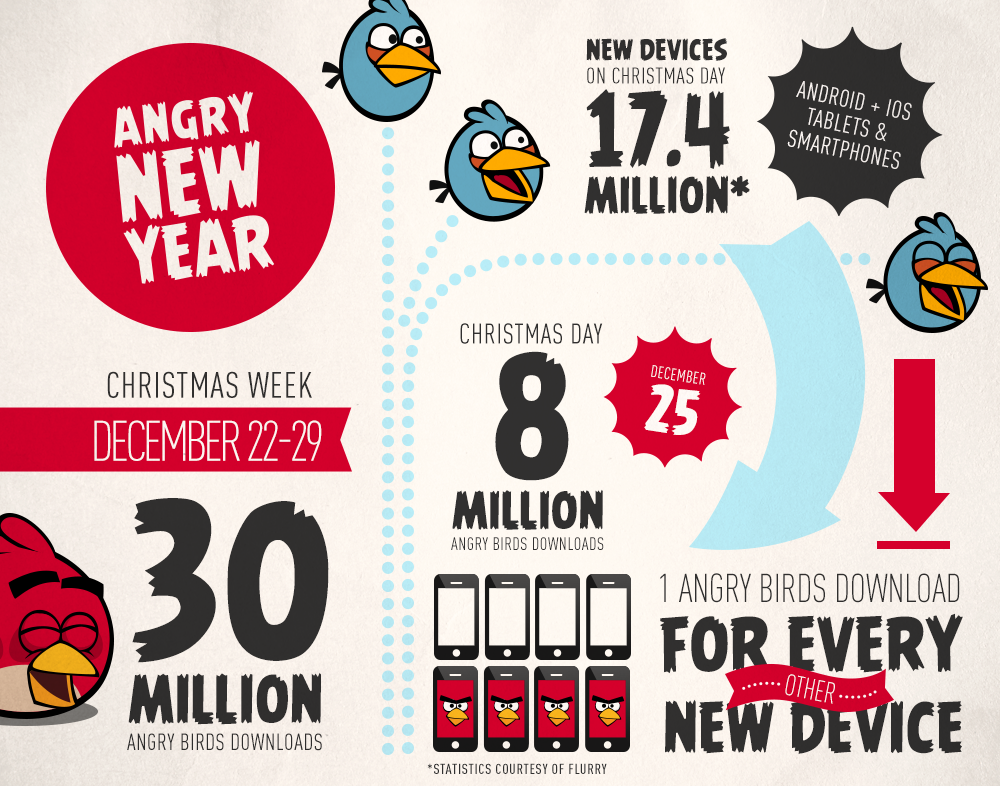