Skulls of the Shogun review: dealing with death

Share All sharing options for: Skulls of the Shogun review: dealing with death

Review and information for Skulls of the Shogun

Skulls of the Shogun looks simpler than it is.

The thick, cartoonish outlines and cheeky, anachronistic humor are easy to misjudge. It deploys a handful of playful, class-based characters instead of the massive battalions you'd find in more complex strategy games. I assumed I was in for a casual romp through the samurai afterlife.

I was wrong. Progress in 17-Bit's turn-based strategy game demands a deep understanding of the game's strategic underpinnings and the balance between characters, their abilities and the benefits of the environment. Although that takes a good deal of effort to learn, the reward is victory.

Appearances can be deceiving in Skulls of the Shogun. It gives you the information you need to succeed, provided you're paying attention. I wasn't, and I had to restart the campaign before I was equipped with the knowledge to earn ultimate victory. It's a risk that delivers a satisfying payoff. 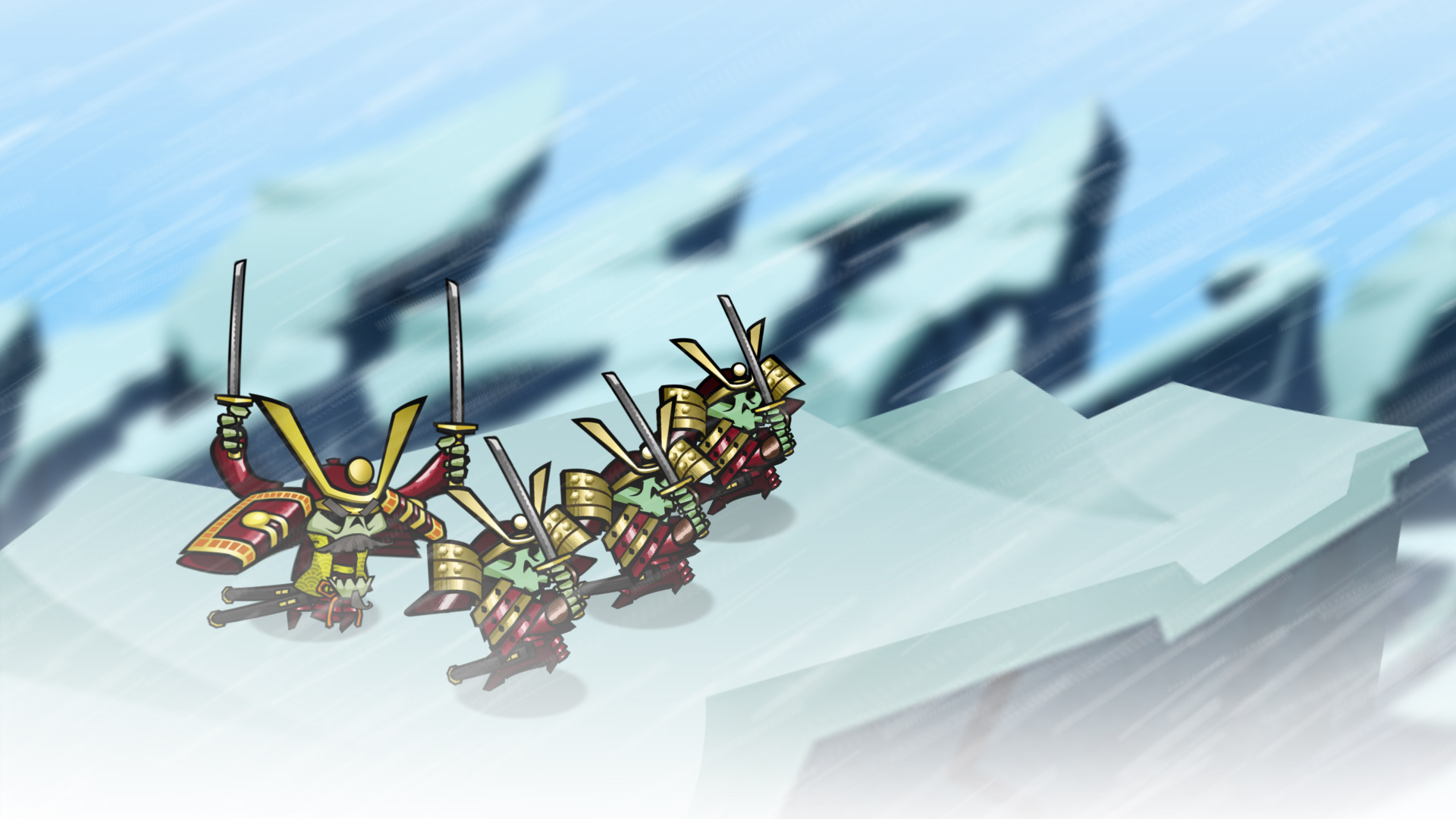 Skulls of the Shogun follows legendary samurai General Akamoto into the afterlife. Murdered on the eve of his greatest battle and washed up on the Shores of the Dead, Akamoto vows to achieve the victory in death that he was robbed of in life. The first few levels disguise tutorials within simple battles, but they teach strategies that remain in play through the game's final stages. 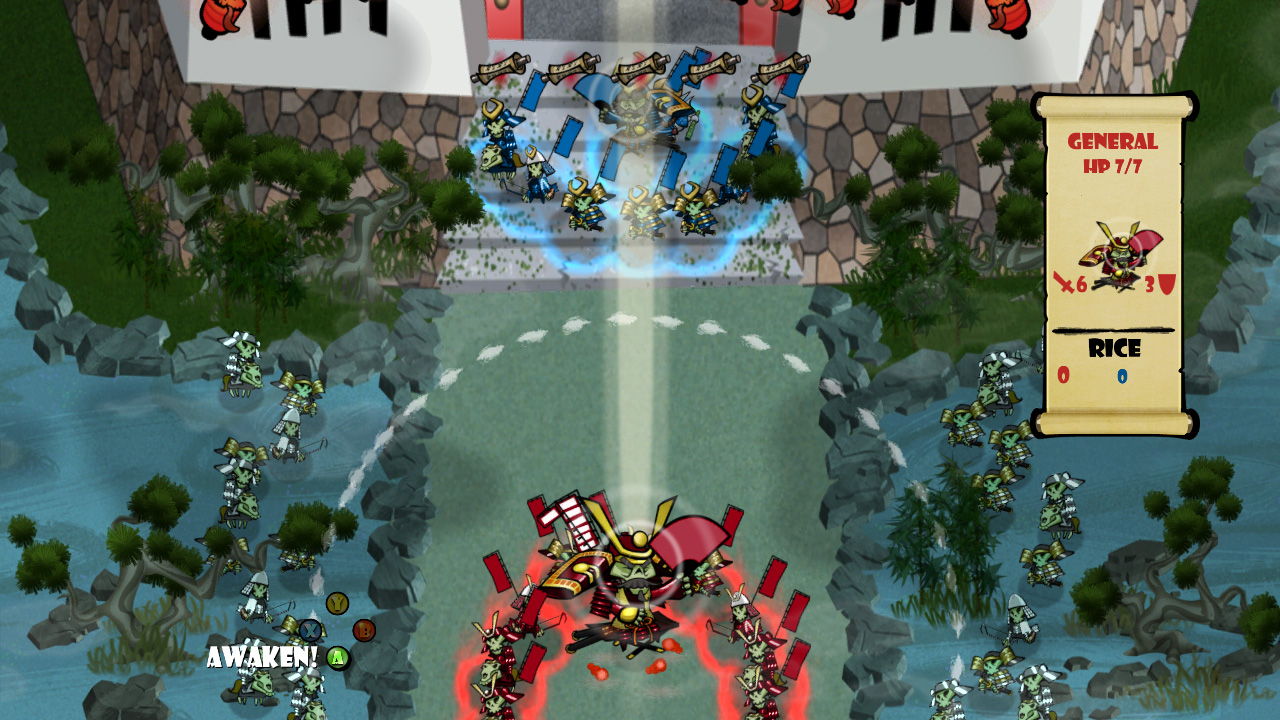 Developer 17-Bit designed the basic infantry, cavalry and archer classes to rely upon each other. This buddy system's basic building block is the Spirit Wall, which allows you to arrange your troops side-by-side and create a nearly impenetrable barrier. Spirit Walls protect your archers, whose weak defensive abilities make them paper-thin on the front lines. Behind a Spirit Wall, their powerful attacks are brutally effective. Each skirmish requires a balance of offense, defense and character upgrades as you move each solder like a chess piece, advancing to defeat the opposing general.

Skulls of the Shogun adds depth with a level-based upgrade system. Eating the skulls of your vanquished enemies adds HP to each character. Eat three skulls, and you'll gain an extra turn each round, transforming even the weakest soldier into a formidable fighter. Every character begins each match at level one, so the struggle between the temptation to attack and the necessity to fortify builds a constant, satisfying tension. 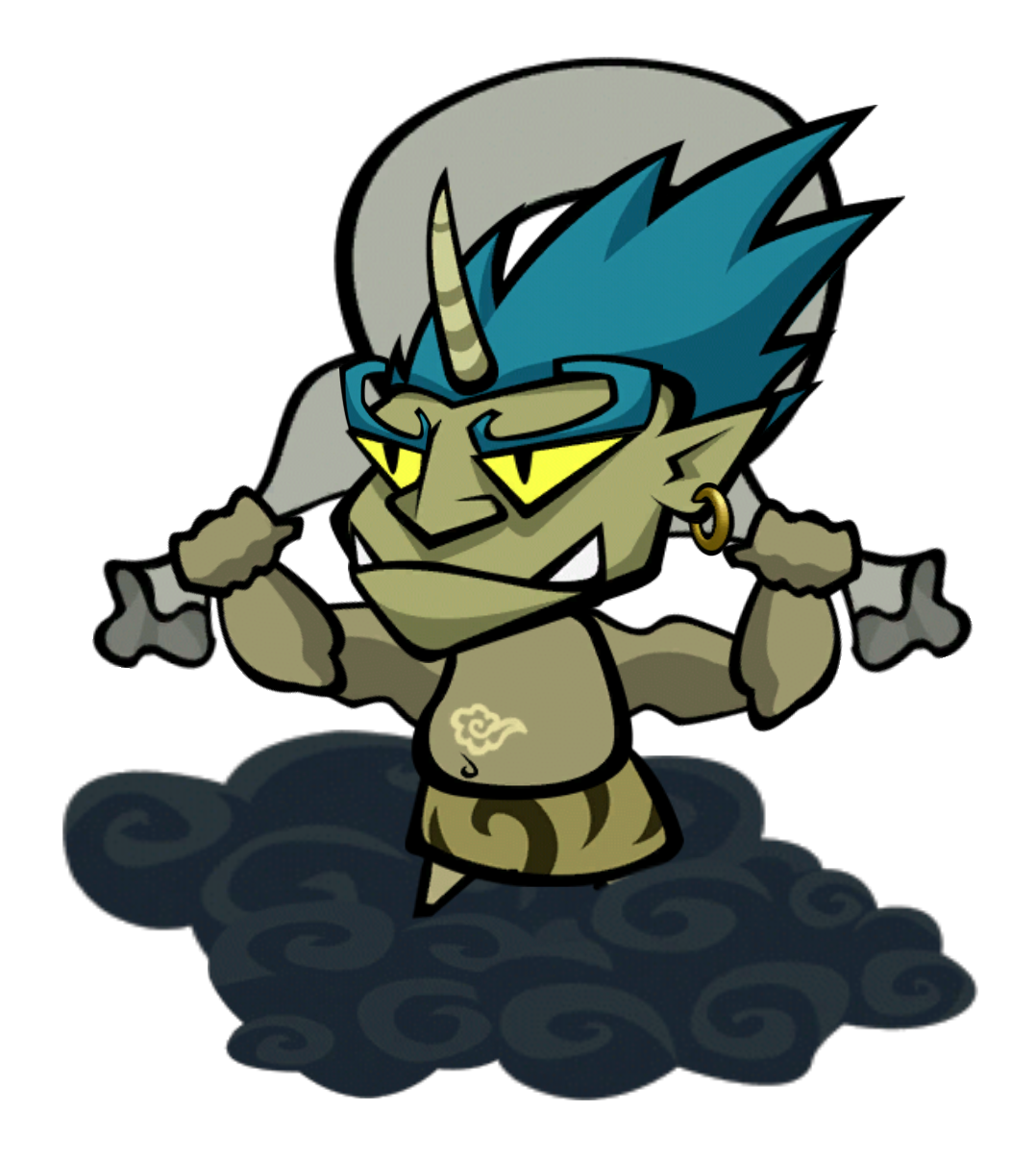 Each stage builds new strategies on top of the tactics you learn at the beginning, and I was soon overwhelmed and stuck repeating the same level over and over. When I cut my losses, started over and paid closer attention — going so far as to take notes on what worked, what didn't and why I failed — the systems congealed to turn my advances into a nearly unstoppable death march. Knowledge is key. Victory is always within grasp through calculated deployments. Subtracting an enemy's HP from a unit's attack damage will tell you exactly how each encounter will play out. Armed with that awareness, Skulls of the Shogun transforms into a game of execution, not guesswork.

That surety slips somewhat as the campaign progresses. Sometimes, it's hard to figure out exactly what Skulls of the Shogun wants from you. Spirit Walls give you incentive to pack your troops close enough to hold hands, but it's comically difficult to choose between individual characters. I often struggled to figure out whether to fight or flee during the game's few objective-based levels. And although each of its four season-themed areas introduces a new class of character — some with the power to heal, others with the power to hurt — I rarely saw the need to deploy them. Instead, I worked the math and focused on leveling up the game's three basic classes by snacking on skulls.

Skulls of the Shogun has a steep learning curve, but the reward is worth the trouble

Despite its considerable barrier to entry, Skulls of the Shogun proves worth the effort. It places victory squarely in the players' hands and rewards time invested in learning its systems. I was often outnumbered, outgunned and confused, but I could always hunker down and work the strategies I learned early on. Knowing that it's all up to you â not cheap shots, not a roll of the dice â justifies the grinding struggle that occasionally slows the journey from disrespected general to shogun of the afterworld.

Our review of Skulls of the Shogun 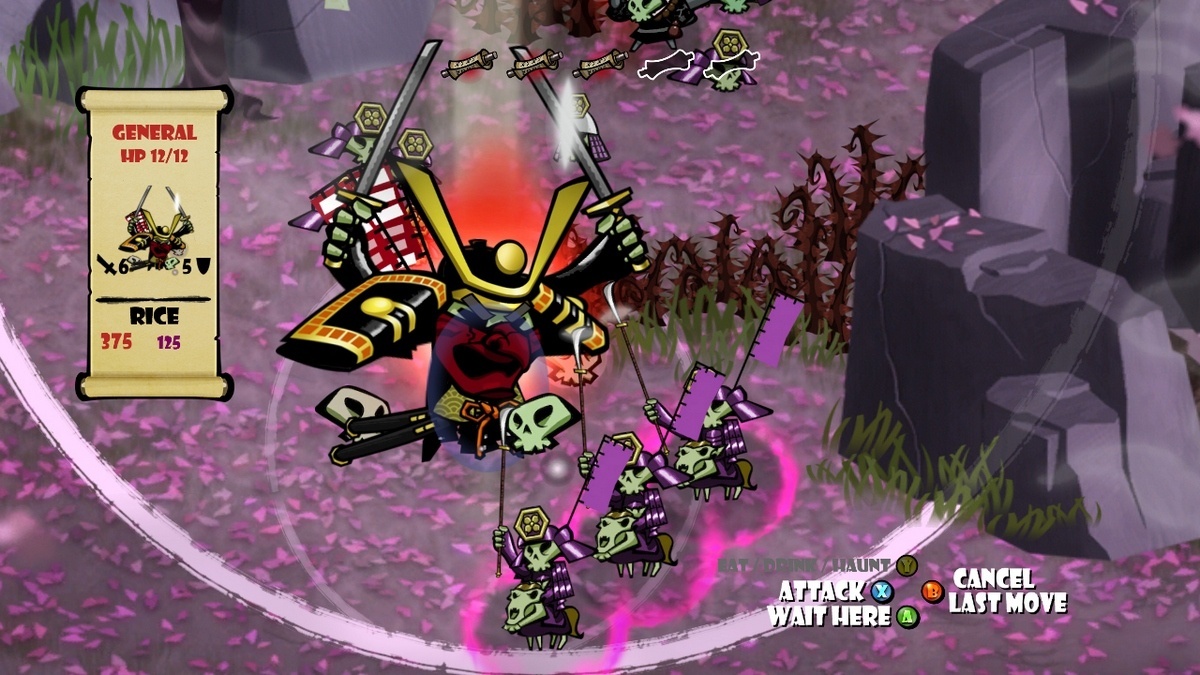