Fire Emblem: Awakening respects its past while building toward its future

Fire Emblem: Awakening is respectful to what veterans of the long-running series expect without feeling stale or inaccessible.

The Fire Emblem franchise is known for intense strategy role-playing game mechanics, massive casts of myriad job classes and personalities and a generic fantasy setting. Twenty-two years have produced thirteen titles that stray very little from this formula, and small additions to its mechanics have not been enough to shake its foundations.

But Awakening proves that small changes can make a big difference. Its loyalty to the classic structure of Fire Emblem and its seamless integration of a handful of new mechanics make Awakening one of the most approachable tactical RPGs in years. 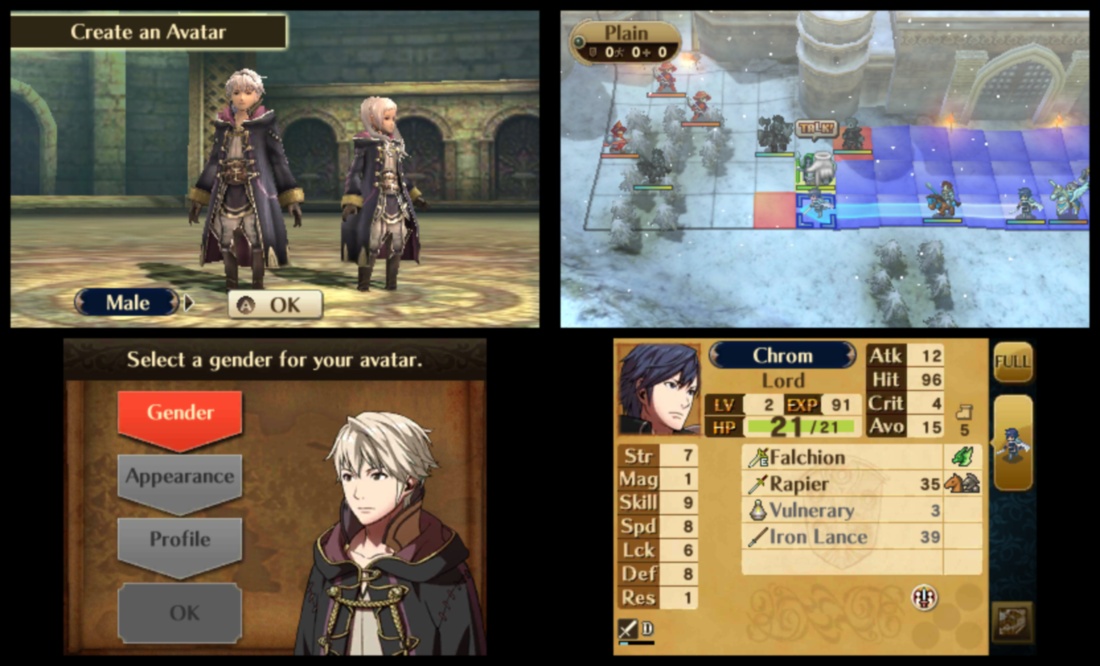 Awakening's story focuses on a player-created Tactician character and Prince Chrom, heir to the throne. His country of Ylisse faces imminent invasion from a neighboring nation and an outbreak of attacking undead soldiers. As Prince Chrom's new tactician, you lead his ragtag army of assorted job classes into battle against the warring nation.

The plot of Awakening is linear, but there are enough extra missions and unpredictable plot twists to hold attention. Picking up optional fighters via sidequests adds narrative depth — especially when these characters have connections to others currently in your party. The relationships between characters develop and strengthen through cutscenes that are alternately humorous and heartfelt. As you eavesdrop on conversations in the barracks or take part in direct dialogue using the support feature, you'll learn the backstory and personalities of individual characters. These relationships become the game's main draw, adding a layer of humanity and warmth to a game of military tactics.

The characters matter beyond the story as well. Each of the dozens of recruitable allies has a unique class or abilities that can completely reshape the battlefield. You never have to send the same team to battle twice, so missions never grow tedious.

Those missions follow Fire Emblem's well-established turn-based strategy formula. Players move their characters across a map grid to complete objectives, such as defeating an army commander or destroying all enemies on the field. Veterans will feel at home with the familiar mechanics, but the tutorial is clear-cut and explicit enough to not scare away first-timers. 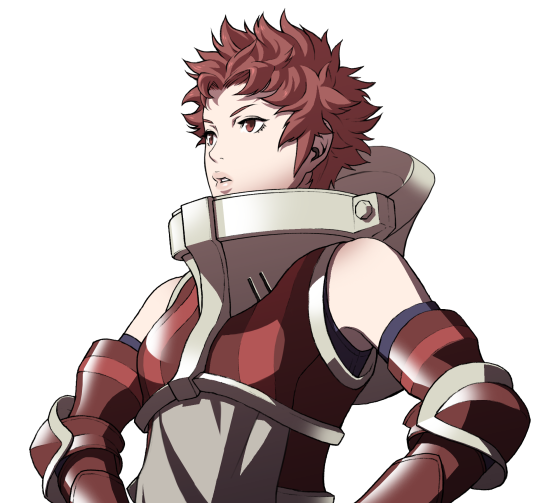 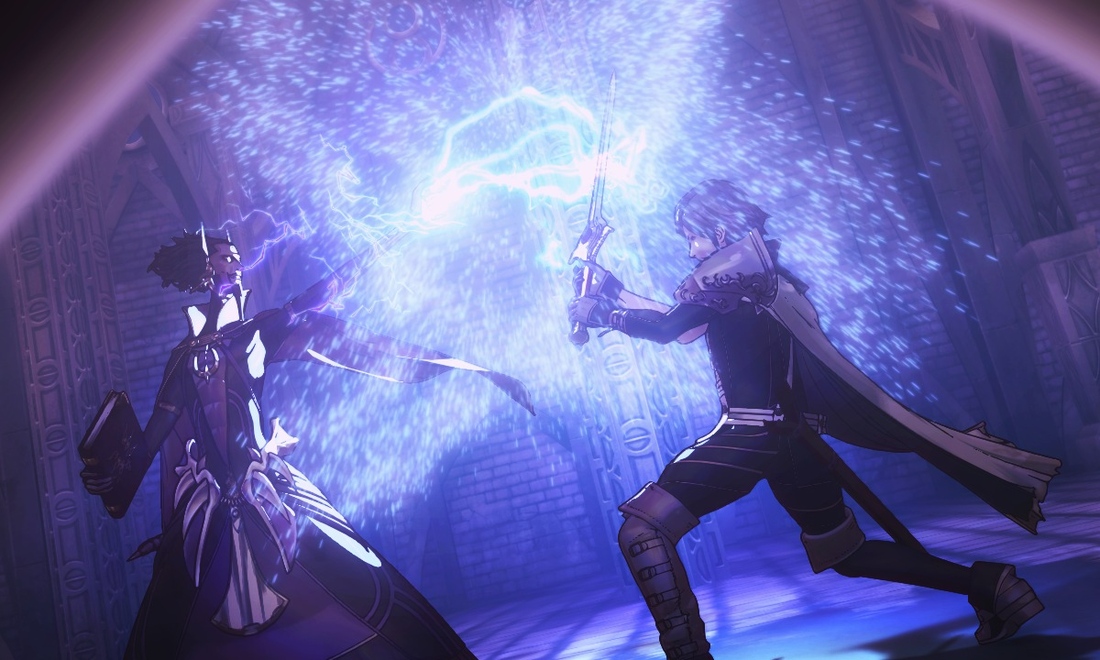 Awakening has two gameplay modes. In Casual Mode, fallen units will sit out a battle once defeated, while Classic Mode employs the series' notorious permadeath feature. Characters that die in Classic Mode can only be resurrected by extremely rare items, making it necessary to carefully calculate every move. Classic Mode will likely be more fun for those who are up to a challenge with a constant climbing difficulty, but players more interested in story will want to play in Casual mode. There are a number of other traditional difficulty modes available for both settings, but I wouldn't recommend the hardest levels unless you are a masochist. 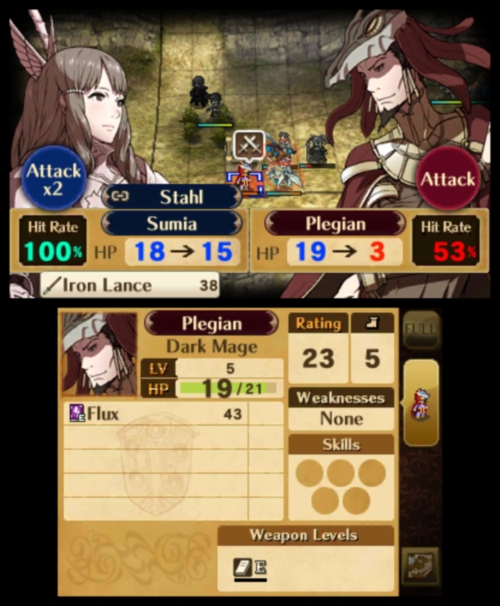 The process of outfitting and leveling up characters is time-consuming but deeply satisfying. Most characters are recruited with extremely low stats (think level one or two) and require lots of experience to get through later-game campaigns. Leveling a character and upgrading their weapons requires hard choices, especially if you graduate to a new class, which resets their level to the beginning. Beefing up specific characters and weapons and learning what enemies and terrain they are strongest against provides a direct and satisfying reward of faster leveling and rare drops.

For as much as it's faithful to the Fire Emblem series, Awakening has some meaningful tweaks that freshen the experience — most notably the pair up mechanic. Pairing up temporarily combines two units' placement on the grid, allowing them to assist in and block attacks for one another. This takes a lot of the stress out of moving units across terrain, especially when a boss is waiting at the end of a range packed with difficult opponents. Pair up works like insurance, allowing you to move multiple soldiers across a map while only one is in danger of dying. The additional strategies that this new mechanic affords add to both the depth and approachability of Fire Emblem.

Sidequests pop up on certain map points to help you level up the new troops you spend the game collecting. The challenge of these optional missions is typically on par with the most recently-completed main campaign mission, which prevents the frustration of sudden difficulty spikes from content your characters aren't prepared to handle. A limited number of sidequests are available at any time — finishing a storyline mission will usually unlock between two and four optional challenges — and they can each only be completed once. Players will have to budget these areas and the extra experience points available in them. Treating sidequests as essentially another resource adds a thoughtful twist to Awakening's management challenges.

Fire Emblem: Awakening respects its past while building toward its future

Developer Intelligent Systems has added just enough to the time-tested Fire Emblem formula to bolster its challenges without cutting away its roots. The huge cast provides a variety of skill trees to master alongside colorful personalities that make it easier to care about the otherwise average tactical RPG plot. Fire Emblem: Awakening is the best of both worlds: a long-running series that preserves its own history while building new mechanics that feel at home in the franchise.