Students from Bond University's Bachelor of Computer Games degree took part in a lesson conducted through Minecraft this week after their university campus was closed due to recent floods on the Australian east coast.

The lesson was conducted by professor Jeffrey Brand, who launched the MinecraftUni project at Bond University after reading about the game being used as part of the United Nation's Block by Block program for educational purposes. As an advocate for learning and teaching with games, he thought of the possibilities of creating a virtual classroom within Minecraft.

"I decided that it was time for an Australian university to be modelled and even re-imagined in Minecraft and I had hoped that we could embed educational content in that world," Brand told Polygon. With the help of his sons, Brand launched the MinecraftUni project by modelling Bond University's central building (the Arch Building). "On day one this semester, I introduced my students to the world, [which was] hosted on a uni server. I asked them to do three things on the welcome sign under the Arch Building: 1) Build Bond, 2) Make Books, 3) Play Nice."

They even created a dungeon under the university's game lab called "The Effects of Video Game Violence." The dungeon leads to a Nether Portal.

Over two weeks, the students designed the rest of the university in Minecraft and refined the interior spaces. Brand says they even created a dungeon under the university's game lab called "The Effects of Video Game Violence." The dungeon leads to a Nether Portal. Books were created and stored in chests in the university's Minecraft library. 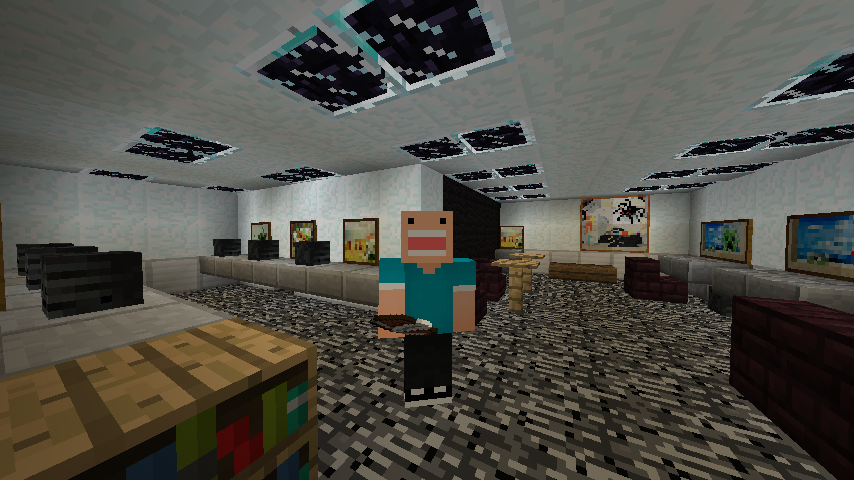 "The university was closed Monday and Tuesday due to the flooding and damage from storms and the potential risk faced by our students who travel to campus," Brand says. "So I suggested Monday night that we hold our Tuesday class in our Minecraft campus."

Brand prepared a presentation in the slideshow program Prezi and had all his students gather in the Minecraft classroom. The lesson was taught using a combination of the Minecraft chat function and the slides, and Brand handed out XP to students for participation.

"I was very comfortable having class in our virtual classroom, although some avatars were wielding TNT!"

"Our avatars were all present in the virtual lab that models our actual classroom," he says. "For a serious Minecrafter, it would have been lame, but we were just there in another IM chat environment, except that we had a proximal model of our real-world room and the affordance of gestures and the occasional brandishing of TNT."

A student who was in Brand's Minecraft class, Steven Kuiken told Polygon that the experience was great, even if it wasn't as smooth as an in-person lesson. 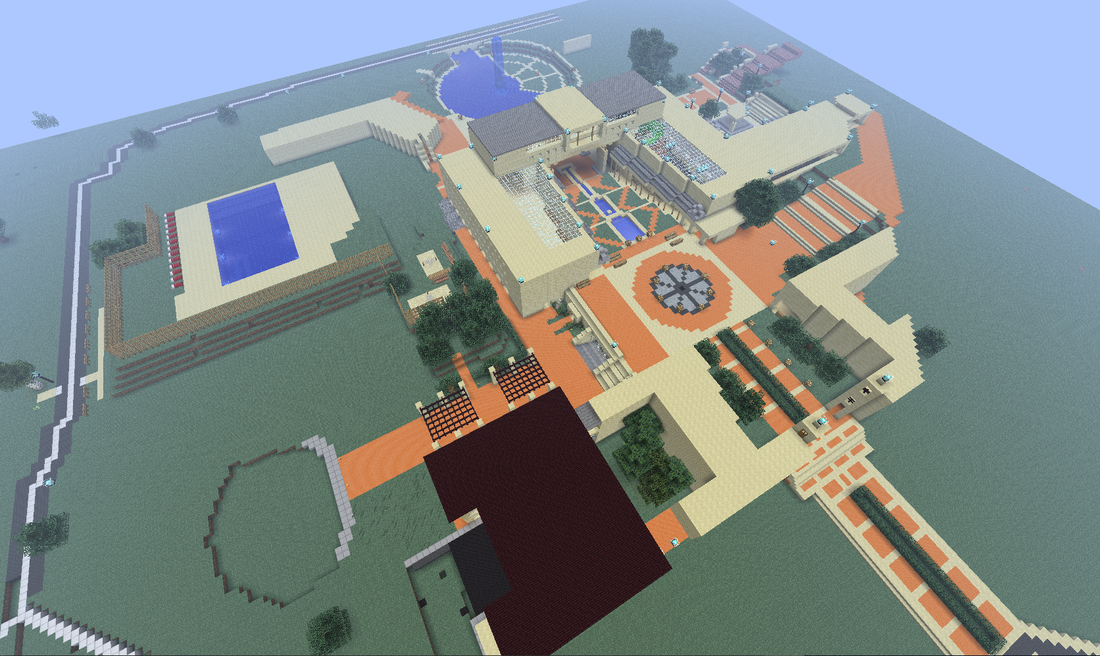 "I was very comfortable having class in our virtual classroom, although some avatars were wielding TNT!" he says. "The discussion was not as fluid as it is in the classroom due to the IM chat. I found that following the content and lecture slides was an easy task to manage whilst in our online lab. Pulling up articles was easy."

During the "Mineclass," Kuiken earned enough XP from class participation that he levelled-up to level 26.

Jeffrey Brand is currently looking for partners at other universities for his learning and teaching with games project to attract funding from the Australian Office of Learning and Teaching. The project blog can be viewed here.

Brand says after the almost-two hour lesson, all the students ran out of the virtual university building and set off fireworks.