Antichamber requires a great deal of intellect, patience and perception to conquer, all of which could be safely considered "serious" traits in the context of game design. It is a game that is serious and academic in the grand tradition of all good, atmospheric puzzle games — but whether developer Alexander Bruce meant to or not, Antichamber is also a very, very playful game.

People love getting tricked, so long as the tricks are harmless - the entire vocation of street and stage magic has subsisted on that principle for centuries. Antichamber is similarly built around that truth, but takes things a step further: It tricks you over and over again, hundreds of times, in various incarnations and at various speeds.

Then, once your surprise subsides, it asks you to perform the trick yourself. 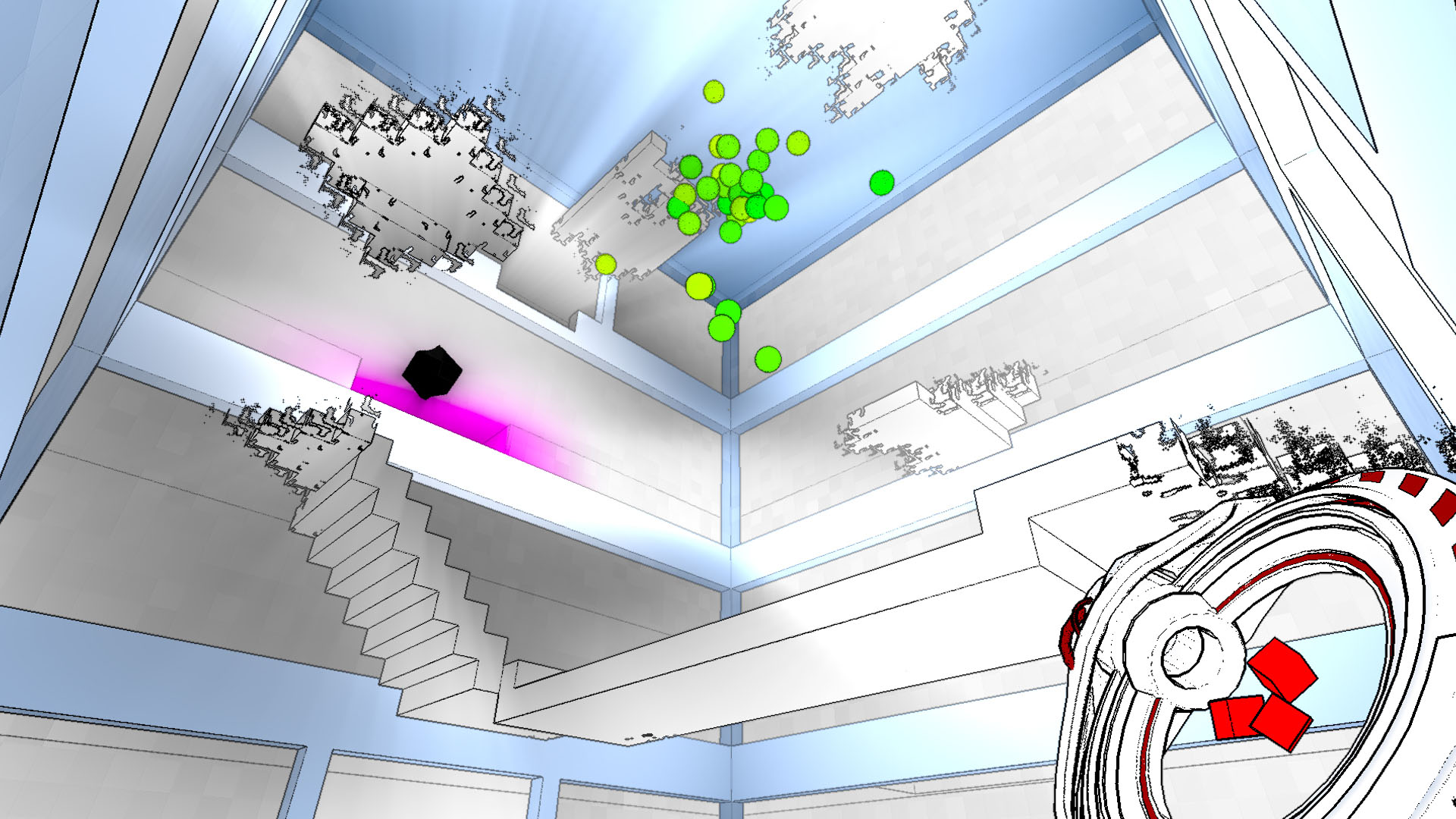 Though its methods and puzzles are often quite obscure, Antichamber's end goal could not be more clear: You need to move forward. Though its maze-like, often cyclical corridors are difficult to keep straight, your progress is noted on a map accessible through the game's central hub — the titular antichamber, a room, map and menu you access at any time with one stroke of the Escape key.

That map, which lets you warp between rooms at will, is absolutely essential, because the world of Antichamber is a complete mindfuck. Sure, for the most part, individual puzzles have been neatly organized into rooms — rooms that are reset when you back out to the Antichamber, ensuring your mistakes are punishing, but not permanent. But the entrances and exits of those rooms are unpredictable. One exit from a solved room could bring you to new territories altogether, or it could just as easily drop you back at the very first room you encountered.

The only real landmarks that serve as waypoints through Antichamber's twisting halls are the increasingly powerful Brick Devices players can collect, each of which possesses new abilities to help players solve certain puzzles. Seeing the next in the series of these tools tucked just out of reach behind a glass barrier often gives your aimless wandering through Antichamber a purpose. They give you the general direction in which you should attempt to move — though, remember, doors in Antichamber often don't provide entrances ... straightforwardly.

Each of the different Brick Devices allow players to manipulate cubes strewn throughout Antichamber in different ways, though none come with an instruction manual. In fact, none of your methods for interacting with Antichamber's world are explained outright; which is, ultimately, the very best thing about Antichamber. It challenges you to solve puzzles by interpreting the mechanics you've been taught, but it also wants you to realize when you've been taught those mechanics in the first place.

A puzzle may require you to do something seemingly impossible, because it's something the game never told you that you could do. In reality, though, you've seen it done in the world around you. A cube hanging on a wall may move in a suspect way as you approach it. Maybe it causes other cubes to disappear, or shift as you move one of its neighbors.

The inscrutable behavior of the different types of cubes in the world is always, always demonstrated before you're required to recreate it, but that prospect becomes very difficult if you assumed that behavior was a one-time phenomena. The secret to reaping Antichamber's rewards is to never write off the many spatial oddities that occur as mere set dressing, because very few of them are. 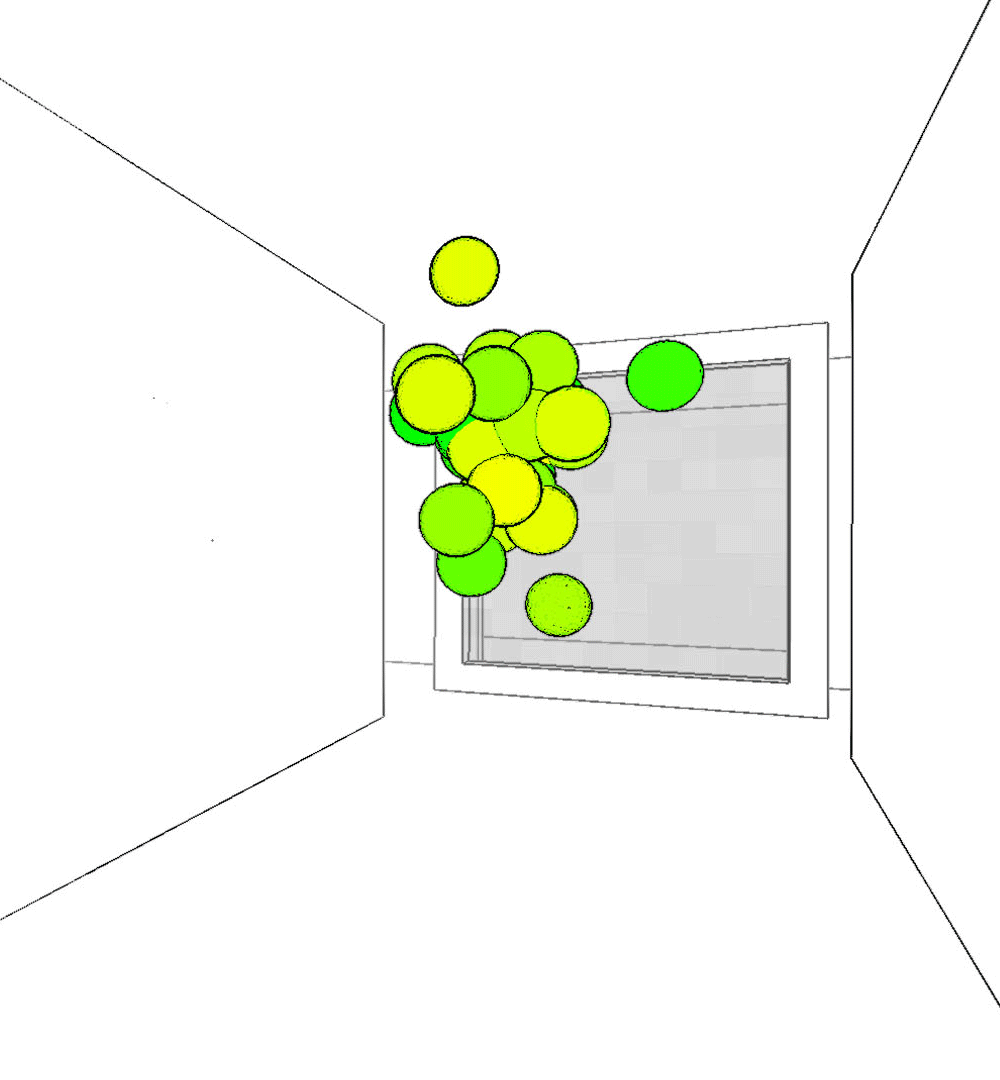 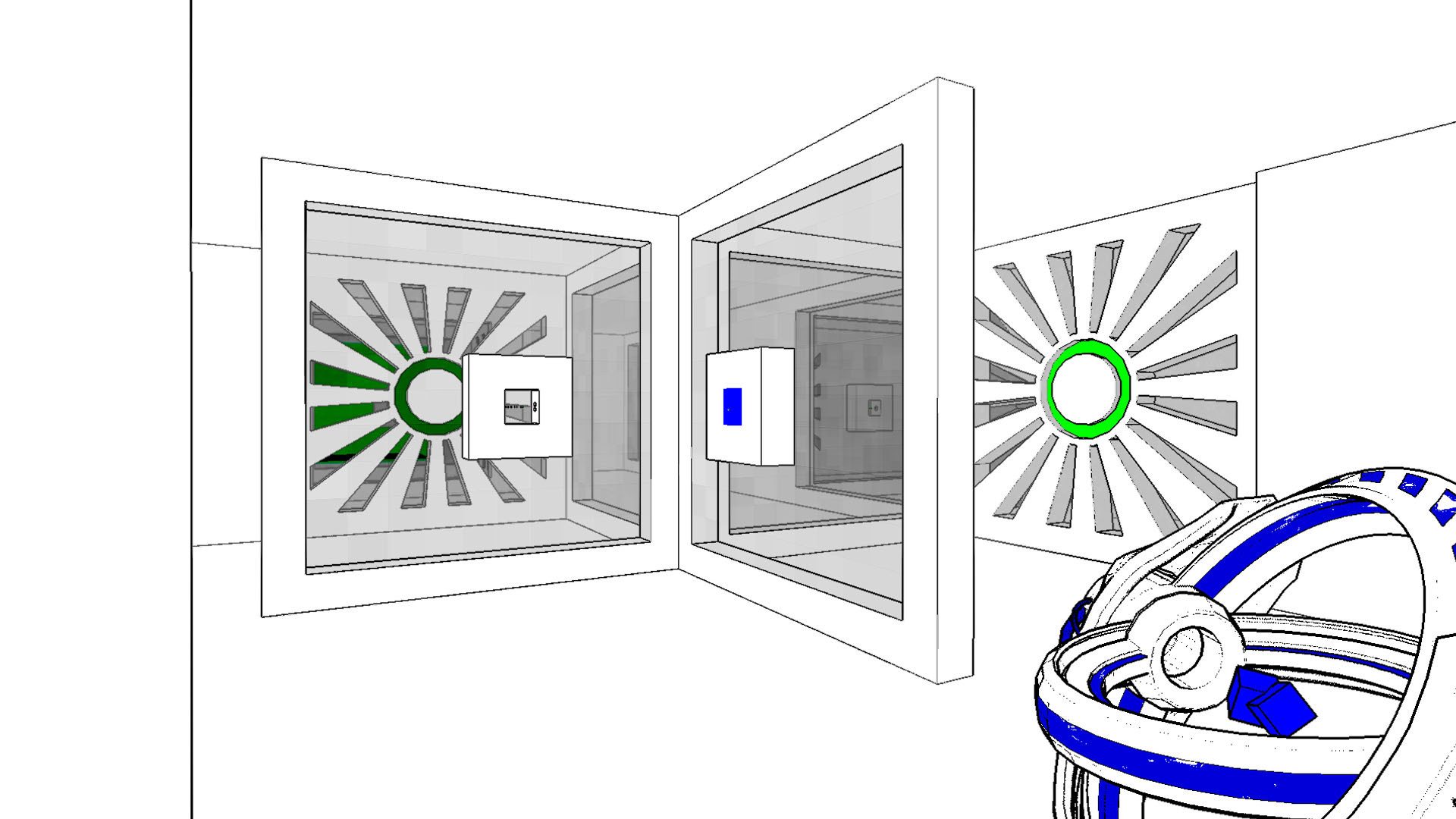 A lot of people are going to compare Antichamber to Portal — both feature the unspooling of a building-sized riddle with the help of a non-lethal gun — but that one design decision defines the stark difference between them. In Portal, the mechanics and rules are learned, and then must be cleverly interpreted to make it between points A and B. In Antichamber, the rules themselves must be extracted from the world around you.

As a result, the puzzles aren't solved — they're decoded. To learn the rules, you'll have to experiment, and play with the tools on hand. That experimentation is, more often than not, rewarded with even more knowledge; maybe even knowledge that helps you solve a puzzle you were stuck on an hour ago, that you can now return to and complete. Information can be awarded out of order, helping Antichamber deftly avoid the pitfalls of equipment-gated design cues that its upgradable Brick Devices could have easily conjured up.

Sometimes, the playfulness of Antichamber's illusory level design gets the better of it. It's usually delightful to turn a corner, only to see a room you didn't expect to return to. It is significantly less delightful when this occurs after solving a puzzle you've been trying to crack for a half hour. For a game that prides itself on making the player feel rewarded through self-instruction and patience, sending them into a dead end after solving a particularly tough puzzle is a bitter pill to swallow. Still, even Antichamber's most punishing designs can't bring you down if you've got a sense of good humor, which its dramatic, shifting world instills in you at every turn.

Antichamber is all about the harmless subversion of rules you don't realize you're being taught. Often, it isn't until after you recall one of Antichamber's lessons that you realize you've been taught it in the first place. For several hours, Antichamber is teaching you without your realizing it. It is constantly, deftly picking your pocket; only, in reverse.

Antichamber was reviewed using early code provided by the developer. You can read more about Polygon's ethics policy here.