Sizing up the Ouya console

Share All sharing options for: Sizing up the Ouya console

It was clear from the start that Ouya would be a tiny unit, but now we have a better idea of just how small it is, thanks to Mommy's Best Games founder Nathan Fouts.

Fouts posted an image on Twitter of an Ouya sitting atop a large stack of video game consoles past and present, with the original white Xbox 360 serving as the base of the tower. An Ouya is roughly a 3-inch cube, whereas the 360 measures 12 inches wide by 10 inches deep by 3 inches high.

Check out the full "console tower of power" below. The first Ouya developer units began shipping Dec. 28, while orders for Kickstarter backers are expected to ship in March 2013. 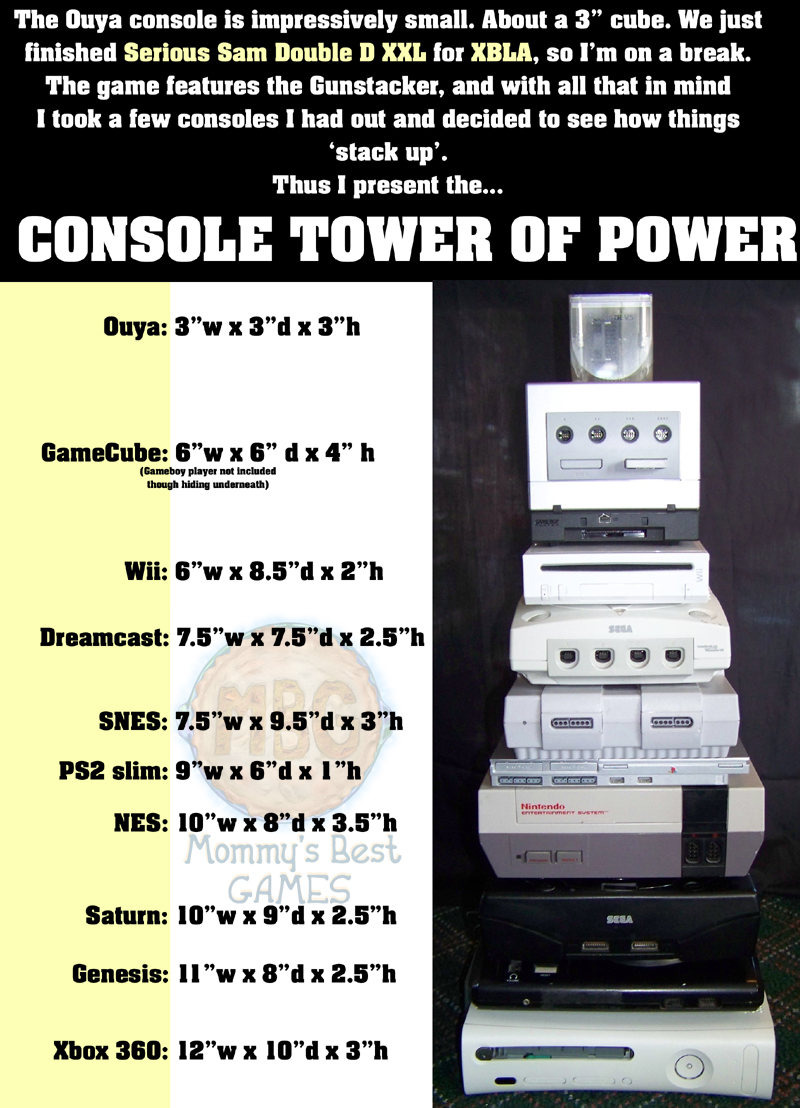