How to talk to your children about their gaming habits

Share All sharing options for: How to talk to your children about their gaming habits

There is no bad time to talk to your children about their gaming habits. But if there were, it might be now.

Video games, like sports, music, television, movies, anything a child participates in routinely, are an important part of their lives. Talking with your children about those things is a great way to stay involved. It's one more avenue for meaningful discussions about morality, one more route for forming a connection with your children, a way around the walls that often form as a young child becomes a teen.

But experts say there is a certain risk in broaching the topic of your child's gaming habits now, as a grieving nation continues to struggle to find answers to the Newtown school shootings that left 28 dead, most children.

Christopher J. Ferguson, the chair of the Texas A&M International University's department of psychology and communication, has written dozens of papers on numerous longitudinal studies on the topic of the impact of media consumption on children. His work has been cited by the United States Supreme Court and Swedish and Australian governments. And he says that while there is no connection between children playing video games and violence, that hasn't stopped some from trying to assign blame.

The increased public clamor over the video game and violence debate can make having a meaningful conversation with your children about their gaming habits more difficult.

"If you're going to have a conversation now, I'd be careful about how you broach it," Ferguson said. "Make it clear that you understand that video games don't contribute to mass shootings, make it clear that you're not indulging in this moral panic.

"It would have been great to have this talk at a less blatantly obvious time. Raising it now might seem patronizing to the kid."

"Parents should be aware that no matter how old your kid is, they can be affected emotionally by news like Sandy Hook," she said. "Reassure your kids that they're safe, and tread lightly."

Even at the best of times, having a conversation about gaming habits with your kids isn't always easy. Ferguson calls it a courageous conversation, because often parents could be wading into a topic they don't fully understand, essentially invading their child's space.

Patricia Vance, president of the Entertainment Software Ratings Board, suggests that parents start by familiarizing themselves with their child's games.

"The best bet is to start by monitoring the child's game play, getting to know what they enjoy playing, what's involved in the game play, and what about it they find appealing," she said. "Beginning with an understanding of these things parents can better appreciate the value of the games their kids are playing as well as identify some of the potential causes for concern." 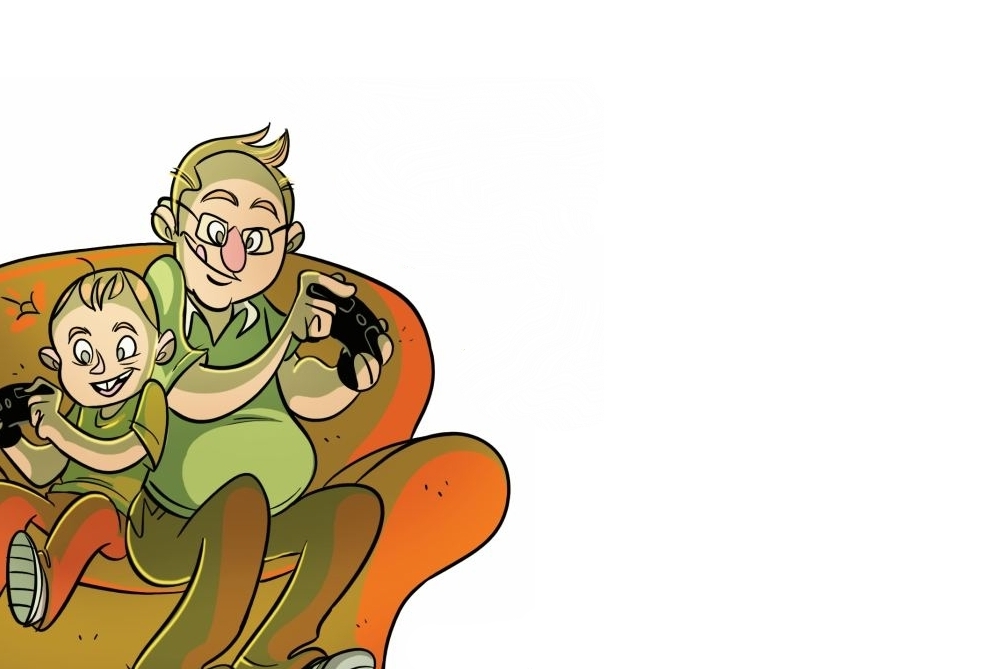 Six tips for talking with your kids

Start early: Common Sense Media suggests you start these conversations as soon as they start using any media.

Ratings: Know and understand the ESRB ratings. Also, remember that they're just guidelines, not hard rules.

Conversation: This should be a conversation, not a lecture. Be prepared to listen too.

Play: Playing games with your child is the best way to influence their gaming habits and to keep an eye on how they behave.

Ferguson believes the best way to do that is for parents to play those games with their children.

"What I would advise really is for parents to first off familiarize themselves with the games that their kids are playing," he said. "A lot of our fears about video games come from not understanding them. People are sort of afraid of 'violent video games' in the abstract sense. Once they actually see what's going on in the games, many of the games, they tend to go, 'Oh, it's not as bad as I thought it was.' If they do that they might better understand what their kids are being exposed to and how they're using that medium. If they play the games with their kids, and if it comes around that there is a game that has offensive content in it and the parents say, 'No, no, no, this game is going too far,' the parent has credibility.

"It's not, 'I saw it on Fox News and I don't like it'; it's, 'I played it. I gave it a shot. I've allowed some other games that have some violence in them, but this one is going too far.'"

The end result, Ferguson said, will be that children will see that the decisions their parents make about gaming are informed rather than reactionary.

"Parents want to avoid sort of grabbing the games out of the wailing kids' hands and throwing them into the fire," he said.

This coming weekend, the town of Southington, Conn., is encouraging parents to have a conversation with their children about gaming habits and then to turn in games they've decided are inappropriate at an event at the local drive-in theater. Those games will be snapped in half and later destroyed, likely in an incinerator.

Knorr calls such a reaction censorship and says it is not a solution.

"It's an opportunity for the parent and child to talk about controversial issues."

"What's important is understanding and talking about the potential impact media violence can have, especially if kids are at risk for destructive or violent behavior, and empowering parents with information they need to make the decisions that are best for their families," she said. "We are in a world now where kids are exposed to so much stuff we just can't control.

"You may limit media at home, but your kid's best friend's parents are laissez-faire about media. Lots of kids have phones with Internet access so even if you keep your kid off YouTube at home, they may be viewing videos on their friends' phones. That is why it's really essential that you keep talking to your kids about what they're interacting with and eliciting their opinions. It helps them develop the ability to view media critically and form their own opinions."

One of the dozens of studies Ferguson has conducted on the impact of media violence on children found that the children who played violent video games with their parents had more prosocial behavior — voluntary behavior intended to benefit others — than those who played them alone or not at all.

"They were more involved in voluntary civic behavior, were more helpful to others," he said. "It's probably not that violent video games had a cause and effect. It was probably just the opportunity for the parent and the child to interact was having a positive influence on those children."

Ferguson says gaming together offers up a great chance to have a conversation.

"It's a great opportunity for a parent to learn what a child values about the media they're consuming," he said. "It's an opportunity for the parent and child to talk about controversial issues.

"I think sometimes having that opportunity to have that conversation about right and wrong and what we can do and can't do is very, very valuable."

Knorr says that it's important for parents to consider both quantity and quality when it comes to all media choices.

"Setting limits is definitely important, because we want kids to have a healthy balance of online and offline activities, but we also want to make sure the time kids DO spend with media is worthwhile," she said. "Plenty of games out there have great educational value, or even just entertainment value — the key is picking good stuff that's age-appropriate."

Ultimately, all of the experts I spoke with agreed that the decisions a parent makes about gaming are unique. The only wrong set of rules is not having any.

"These are unique decisions," Vance said. "For some parents, strong language is totally off-limits and for others it's not as big of a deal. One parent may have a strong opposition to violent content in games while another instead worries more about suggestive content. Since the decisions are unique to each parent's individual sensibilities, it really just boils down to two things: being informed and being involved."

Good Game is an internationally syndicated weekly news and opinion column about the big stories of the week in the gaming industry and its bigger impact on things to come. Brian Crecente is a founding News Editor of Polygon. He is also a judge for the Spike TV Video Game Awards.