Black Knight Sword recalls a lot of different inspirations: the tight 2D action of the 8- and 16-bit-era Castlevania games; the over-the-top accents and goofy cut-out visuals of Monty Python; and the performative atmosphere of children's puppet theater.

This wide variety of comparisons comes from a strange mix of developers — Black Knight Sword is a joint effort by Hungarian studio Digital Reality and cult favorite Japanese developer Grasshopper Manufacture, two teams that carry their own unique strengths and weaknesses.

But Black Knight Sword hews too closely to its old-school roots. For all its modern trappings — gallons of bloodshed, a dark story, and the ability to save your game — there are unnecessary anachronisms, like limited lives and instant death pits. These throwbacks drag down what begins as a stylish, satisfying revival of NES-era gameplay.

Black Knight Sword opens with the main character hanging from his ceiling on a noose. As the nameless protagonist swings free of his apparent death, he picks up an enchanted sword nearby and transforms into the Black Knight.

As the knight sets off, a sinister narrator sets the stage for a twisted fairytale. And when I say "sets the stage," I mean it literally. Black Knight Sword plays out on an actual stage with rotating sets. Closed curtains bookend levels. You can hear the audience's murmured reactions and even see them stand up during loading screens. It's an aesthetic with wonderful touches, like shadowed cut-outs of enemies appearing in the background, held up by popsicle sticks. 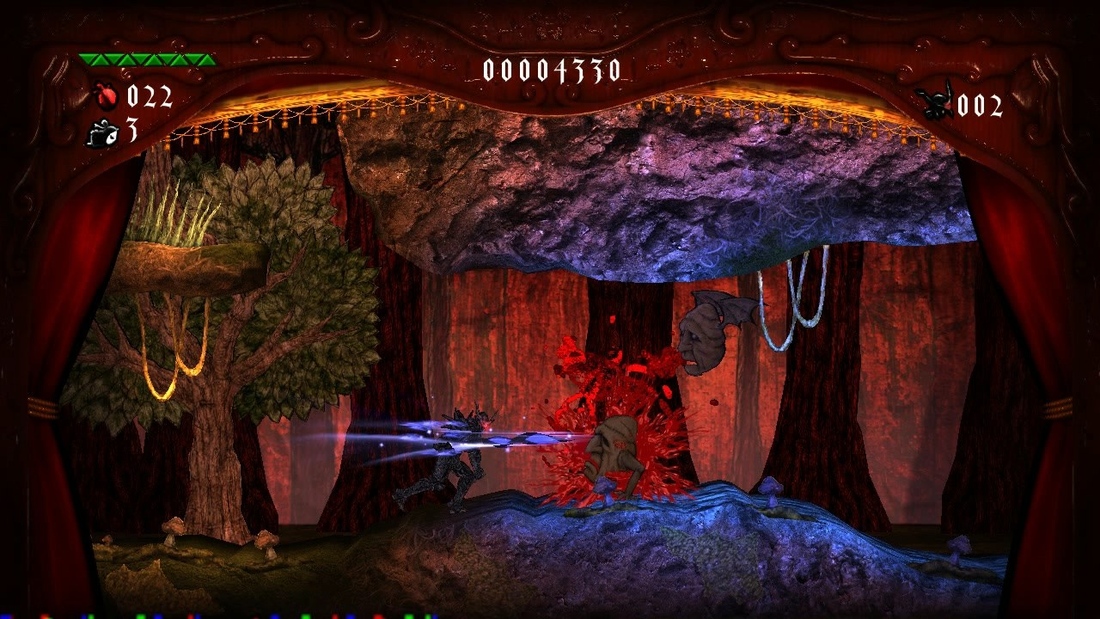 The glued-together, craftwork feel of Black Knight Sword works wonders for its presentation, but playing the game is less endearing. It starts simple enough, with actions limited to slicing enemies in front or above with the sword or tossing out magic spells via an evil spirit that darts out of the weapon, all in traditional 2D. Enemies range from armored knights to wolves to giant chickens, but they all fall into two basic categories: fodder that can be cut through immediately and stronger foes that require jumping or dodging around to get in one or two hits at a time.

One misplaced jump is met with death

The combat is basic but fun, and the absurd fountains of blood that spew from the grotesque enemies make the titular sword feel weighty and powerful. But the swordplay's precise feel doesn't extend to Black Knight Sword's platforming. The forgiving jumps of early levels give way to areas where you must work your way up precarious, spinning clockwork gears. One misplaced jump is met with death. 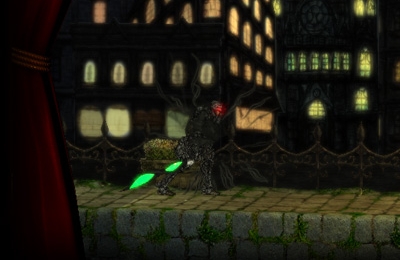 Levels are peppered with regular checkpoints. A couple of deaths here and there wouldn't be a big problem, but you only begin the game with a few lives, and one-ups are rare. Lose all of your lives, and you start from the beginning of whatever level you're on. That setback wouldn't matter if later levels were designed to be run through with that initial limited number of lives, but Black Knight Sword commits a much graver sin: Starting a level again from the continue screen robs you of any upgrades you've purchased.

Enemies drop hearts — actual beating human hearts, not the normal, friendly video game variety — which can be traded for a handful of items and upgrades. Most notably, you can increase your total health and the amount of ranged damage done by the spirit inhabiting your sword. The upgrades take a lot of hearts — I only got two or three per level — and when you lose your lives, all of those purchases vanish with no reasonable way to get caught up again.

It's probably possible to complete later levels without any of these upgrades, but it isn't what I'd call fun. You can circumvent the limitation on lives by manually saving your game at every checkpoint, but this requires hopping into a menu (that takes time to load for some reason). Reloading from that save requires quitting to Black Knight Sword's main menu. More reasonable players will switch to the easy difficulty — which still provides plenty of challenge — and be done with it. 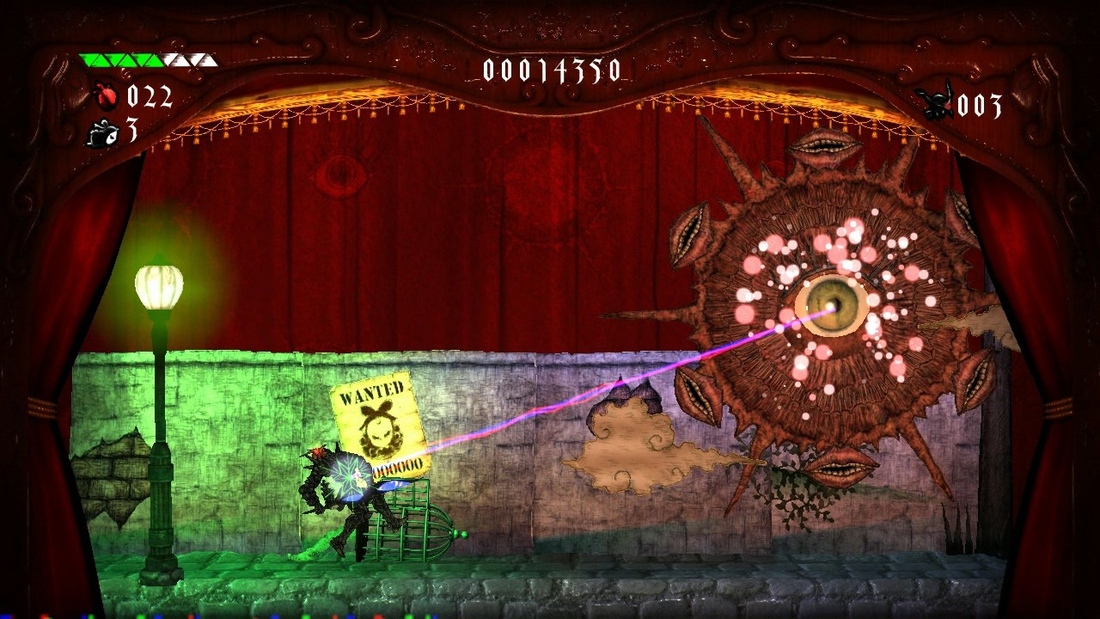 Black Knight Sword's baffling approach to saved games and checkpoints doesn't seem necessary to recreate the challenge that gamers remember from a bygone era. The game is packed full of trophies for feats such as completing the game in a single life or with no upgrades purchased. These optional challenges are enough to sate hardcore gamers on their own without shutting the core game off to a wider audience with a hateful save system.

Black Knight Sword has a strong first impression, with its unique visual style and playfully bleak story. But modern concessions like upgrades and saved games are broken by outdated design elements. Black Knight Sword seems unwilling to fully commit to making something fun to play above all else. The unforgiving difficulty will likely appeal to some, but for everyone else, take my word for it: You're missing a lot less than you think.