Share All sharing options for: Archos TV Connect brings Android (and Android games) to your TV

As for worse ... well, it's tablet software designed to be used with a touch interface. Instead, you're limited to the somewhat unwieldy "Remote," a gamepad with dual analog sticks, a directional pad, the expected suite of face and shoulder buttons, a full QWERTY keyboard on the bottom and a sensor which — coupled with the receivers on the actual device seated atop the television — provides a Wiimote-like pointer control.

All those myriad inputs are designed to replace the simple, some might even say intuitive, touch interface that exists on the stock Android 4.1 Jelly Bean firmware packed in the device. The directional pad can be used to navigate the icons on the home screen; the dual analog sticks can be used to "pinch" in and out for zoom; the "OK" button is for "touch" to drag; the pointer is used to replicate tracing your finger across the screen. It's a complicated substitute made even more complicated by the unique nature of each games' touch interface. 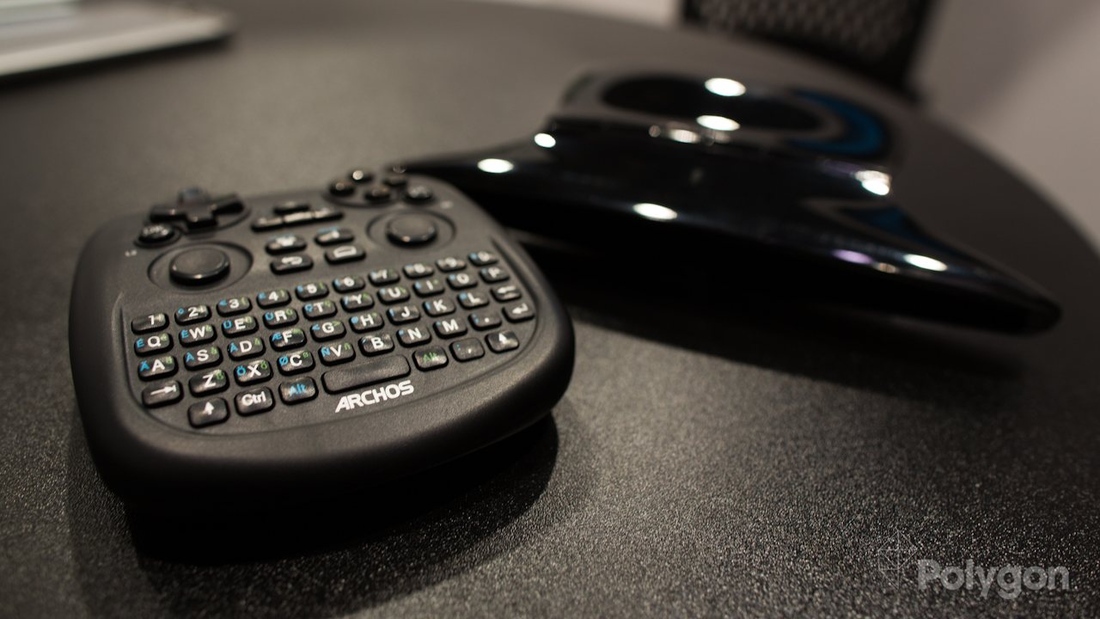 As cumbersome (and potentially incompatible!) as gaming on the Archos TV Connect is, it's no surprise that it isn't Archos' focus. "I think it's going to be part of the attraction," Archos director of marketing Craig Terblanche told Polygon. "The big attraction is the HD webcam to have family conference calls." But Terblanche is bullish on the future of gaming on the device. "I think games are going to pick up for us, especially if the remote control is able to map those games and the family can sit around and play multiuser games. "

Part of that effort includes the company's GamePad tablet, a 7" Android tablet with physical controls on the sides available now for $169. Similar to the Archos TV Connect, the GamePad needs to map virtual buttons to physical ones to make it work; to that end, Archos reached out to "about 1000" Android developers and were rewarded with "about a 40% return," Terblanche said. That same effort extends to compatibility with the TV product, so long as the developers use Android's native virtual button support as opposed to creating their own.

The Archos TV Connect is an opportunistic product, handily transposing the Android experience visually to the television screen while struggling to replicate the platform's arguably inseparable controls. It's no surprise that gaming isn't the focus when would-be gamers are sure to be disappointed by many of the games whose controls refuse to cooperate. Curious parties can try the Archos TV Connect when it's available next month for $129.