Share All sharing options for: Pokemon X and Y isn't a reboot of the franchise, Pokemon Company exec says

Though that terminology might seem applicable based on the debut trailer we saw yesterday — which depicted a fully three-dimensional world with dynamic, spriteless battle scenes — it's not what developer Game Freak was aiming for, Smith told Polygon.

"There's never been a conscious decision to reboot," Smith said. "There's always been an evolution of the look and feel; it just happens to be that we played Black and White, and Heart Gold and Soul Silver, and Diamond and Pearl, and Platinum — all of those games on the same platform. So it feels like it's been a long time in the same way. But between the original Game Boy and Game Boy Color, and moving up into the DS now, it's always had that change.

"There's never been a conscious decision to reboot, it's just a decision to try new things and express the world in a new way," Smith added.

Smith was reluctant to share any firm details of the game, such as number of new Pokemon it will add, or the nature of the new connectivity features teased in yesterday's trailer. He said Game Freak has been developing ideas for this, the sixth generation of Pokemon titles, while creating past games in the series. Since the October 2012 launch of Pokemon White Version 2 and Pokemon Black Version 2, Game Freak has been focused on X and Y.

Details gleaned from the trailer are slim, the most evident one being the three-dimensional revamping of the game's environments and combat scenes. Nailing this new interpretation of the 17-year-old franchise was both a priority and challenge for Game Freak, Smith said.

"This game has been a long time coming," Smith said. "Obviously, Game Freak wanted to make sure that when they created this new universe on the 3DS, that it looked fantastic; both in the polygonal style and also when people are able to see the 3D effects as well. It's really exciting to see the Pokemon come to life a little more.

"They're always working hard to make sure the games are as slick and polished as possible. But with the new expression of that game — they've had the DS for three generations of games now, so I'm sure it took some getting used to to fully utilize the 3DS. But even in this early stage of development, it's looking really cool."

"There's never been a conscious decision to reboot, it's just a decision to try new things and express the world in a new way."

The battle scenes in particular look vastly different then the previous games in the Pokemon series. The camera sweeps around 3D renderings of battling monsters rather than being stuck from the player's point of view. It looks reminiscent of several recent role-playing games; namely, the handheld installments in the Dragon Quest series. However, Smith said that the changes weren't a result of new, artistic blood coming into Game Freak's roster.

"[Pokemon series producer and director Junichi] Masuda is still working on this project, and has been working on Pokemon games since the beginning," Smith said. "Moving to the new platform and having a new look and feel they decided that they wanted to pursue, just opened up their ideas to doing something a little different." 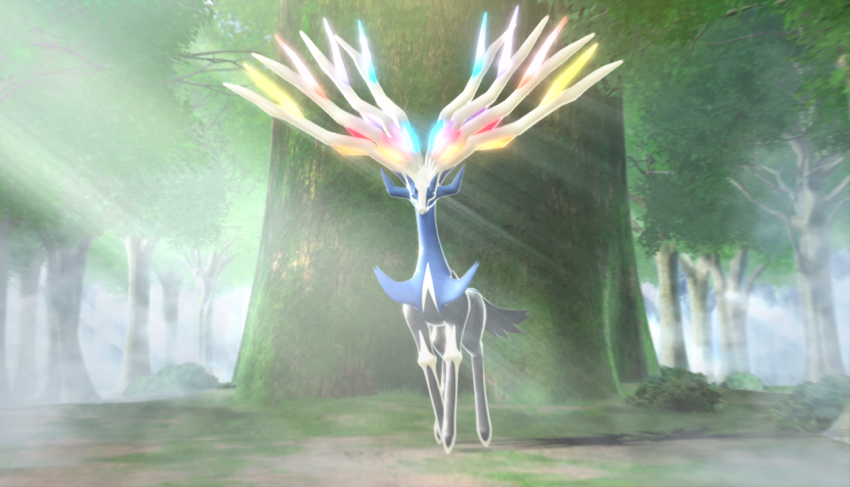 Five new Pokemon appear in the game's debut trailer, including the three archetypical starters — the Fire-type Fennekin, the Water-type Froakie and the Grass-type Chespin — and two new legendary monsters — Xerneas, who resembles a deer with glowing antlers; and Yveltal, a veined albatross with massive claws.

The trailer shows a few familiar faces as well; even Generation 1 classics like Psyduck and Pikachu. This could indicate that X and Y won't follow the path of Pokemon Black and White, in which Pokemon from older generations didn't appear until after the player had completed the game. If that's the case, X and Y could have a pretty enormous catalog; with the five revealed in the trailer, the grand total of Pokemon across all the different generations is up to 654, a number that will certainly increase once more of the new generation are announced.

But that variety, Smith said, isn't a problem. Rather, it's one of the factors that makes playing the newer generations exciting.

"It's unique," Smith said. "Everyone has their favorites, and sometimes a new one will pop up that makes it into their top ten. But I think that's what keeps Pokemon interesting, is that you can still encounter your favorites while still finding new Pokemon, while finding new things in the game." 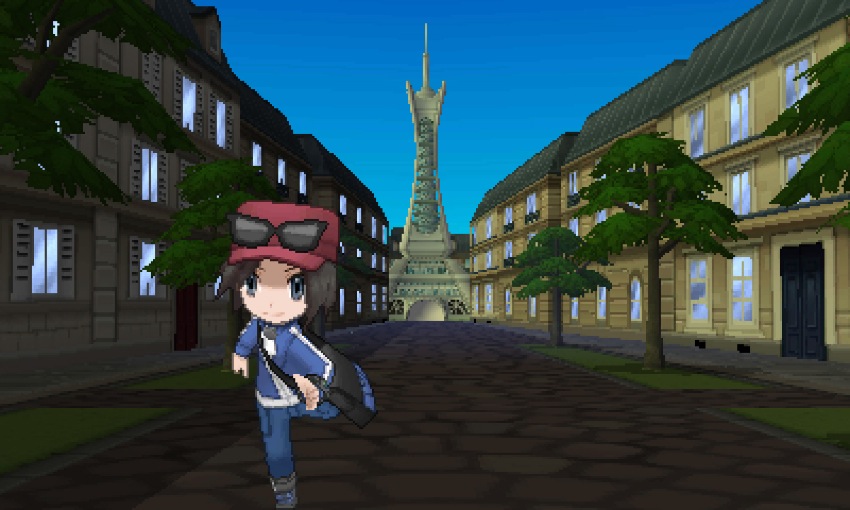 The only other substantial announcement to come from the Pokemon X and Y debut trailer was that the games would launch in October across the globe. This release strategy defies how the games have launched in the past, when Pokemon titles would arrive in Japan months (or sometimes even years) earlier than the rest of the world. That delay is less than ideal for the DS games' online features, as new players would have a hard time finding an opponent who didn't outclass them thanks to a six-month head start.

"It's certainly nice to have people at the same place. People who pick up the game on day one in Japan, and day one on the U.S. can start developing their teams quickly, and can start training and battling and have it be a little more fair."

Pokemon X and Y will launch this October on Nintendo 3DS.