Users must download a title update to enable GTA Online; on Xbox 360, it's a 59 MB download. We installed the patch and went to fire up the mode, and were presented with the message above — "The Rockstar cloud servers are unavailable right now." Without the cloud servers, GTA Online only uses content from the game disc, and saving is disabled.

We were able to go ahead and create our character. But when we tried to drop into a match, the game timed out after attempting to connect for about five minutes: 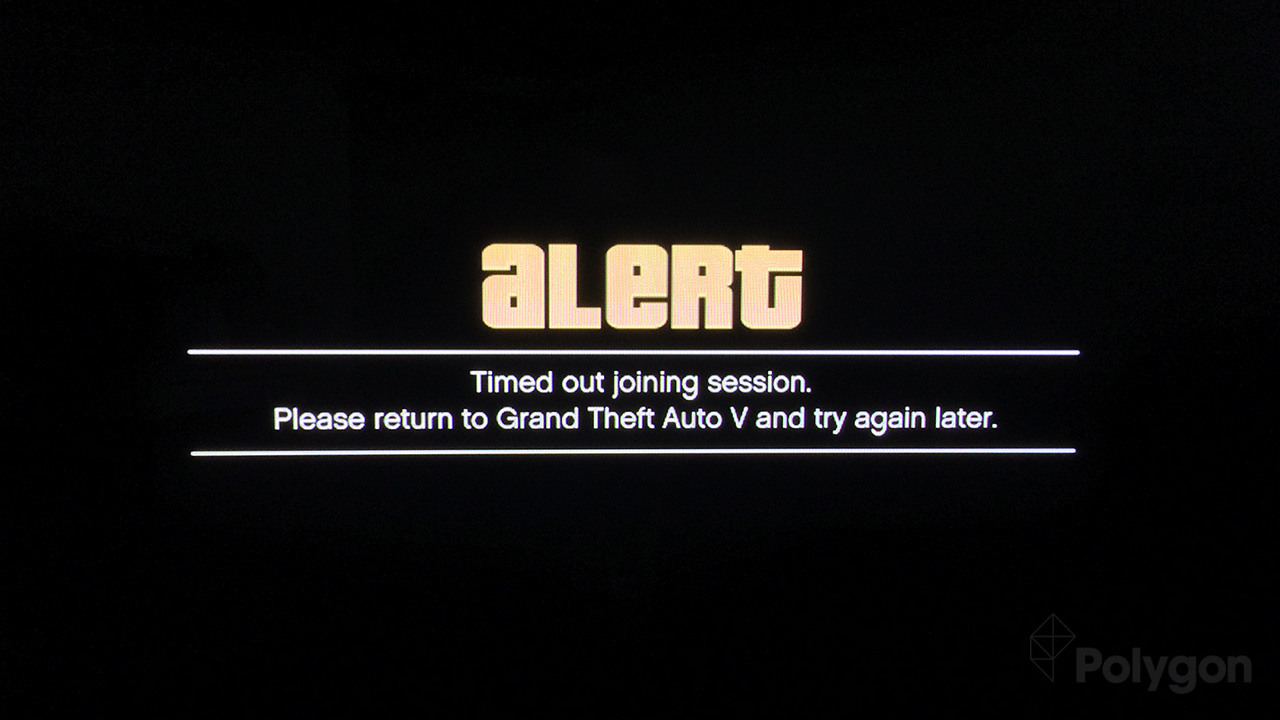 According to Rockstar Games' support site, the company is aware of at least six different issues including the unavailability of cloud servers, the timeout errors and a freezing problem with the first race.

"We apologize for any inconvenience and thank you for your patience while we work to resolve this," reads the support page, which Rockstar says will be updated as new issues are identified and others are resolved.

We've reached out to Rockstar for more details, and will keep this article updated throughout the day.

Update: In an early Wednesday morning update on its support site, Rockstar Games wrote that it is "continuing to look into these issues and [is] working around the click on resolving them as quickly as possible."

Update 2: Rockstar is still working to fix the server issues that are plaguing GTA Online, said the company in its latest update, which came on the afternoon of Oct. 2. Rockstar has disabled microtransactions until it can get GTA Online working properly.

Update 3: Rockstar Games intends to rollout a GTA Online title update across Xbox 360 and PlayStation platforms today, according to an update on the company's support site.

Update 6: Connection issues have been resolved, Rockstar officials said Sunday. There were a couple of hiccups Sunday evening, but the overall issue is fixed. They're still investigating lost progress, items and characters.