Opinion: What the future of sports games should look like

As the next generation of consoles looms, this question is getting more and more difficult to clearly answer, especially when it comes to sports video games. Recreating the look and feel of events that unfold and repeat themselves hundreds or thousands of times every season in front of massive audiences has always demanded the most exacting attention to detail possible. After all, EA Sports slogan is "If it's in the game, it's in the game."

In the 1980s, it meant (and I'm going to focus on basketball because that's what I mostly write about) James Worthy wearing goggles or Tom Chambers performing his unblockable Double Pump Dunk of Doom in Lakers vs. Celtics and the NBA Playoffs.

As consoles evolved, so did the realistic touches: sweat, jerseys that bounced, licensed shoes, eyes that followed the ball, TV-style camera angles, TV-style replays, TV-style commentary. Can you sense a theme? Like most sports games, basketball games have largely worked on imitating what we see on television. Gameplay has advanced as well, but it's been outpaced by the evolution of the graphics, of the presentation of the game.

Gameplay has been outpaced by the evolution of graphics

Next-gen consoles will bring enhanced graphical fidelity. That's a given. But is that all we should expect from them? Ever-escalating attention to the follicles of hair on LeBron James' receding hairline or the precise shininess of one team's jerseys versus another? There should be more to it than that.

I can see the future evolving in two distinct but not mutually exclusive ways. The first will appeal to those drawn to the clear, clean lines of statistics while enraging those who value the personality of the game. The second might just do the opposite.

People who follow the NBA closely are excited because this season, every arena in the league is going to be equipped with STATS LLC's SportVU camera systems. As outlined by Zach Lowe at Grantland, these cameras track player (and even referee) motion at all times, giving teams mountains of data that include players' rate of acceleration, the height of rebounds, the distances between defensive players and their marks and hundreds of other variables.

The Toronto Raptors opened up their work with the system to an unprecedented degree for Lowe, and what it revealed was that they were not only tracking players, but also creating "ghosts" of players that show how a possession should have been defended. The ghosts are represented by the clear circles in the video below, showing an actual defensive possession against the New York Knicks:

This kind of player-tracking technology has the potential to be revolutionary in the real world, but it should be a no-brainer for games like the NBA 2K franchise going forward. The game should have access to this kind of data at its fingertips (it's making the data, after all) and next-gen consoles should have the horsepower to harness it.

Imagine replays that look less like TV and more like what teams show players the day after the game: chopped, edited and broken down. Defense as part of a scheme. Imagine having the option to turn on an overlay that could pinpoint a player's most efficient shooting spots like this one created from SportVU data by Kirk Goldsberry. Imagine getting actionable feedback about the plays you run, where you shot from and how you played defense in the context of the entire team. You could actually learn something about basketball from a game like this.

2K Sports already has a relationship with STATS LLC (you may have noticed its logo on the load screen) to help implement the Dynamic Living Roster feature, but what if this relationship meant you could cue up a crucial play from last night's game and watch it unfold on a virtual court, able to view the play from any player's perspective or even from the referee's perspective? And Dynamic Living Rosters should do more than reflect hot and cold streaks by making minor shifts in ratings. Accumulated data from SportVU should be making virtual players respond to game situations more like their real-life counterparts, from where they're comfortable shooting to how willing they are to drive to whether they go left or right more often. And these things should update fluidly throughout the season.

This kind of thorough, multi-level integration of advanced analytics — from in-game presentation of data to real-time updates feeding directly from in-arena systems — could push the next generation of sports titles from attempting to replicate the way we already see sports to bettering our understanding of how sports actually occur in the real world.

But this is not to say our love of sports has to be reduced to a series of cold calculations. The second direction I can see for these types of games is toward a greater immersion in and fuller realization of the lives of professional athletes. For years now, modes like MyCareer in the NBA 2K series have allowed you to follow a created player's career through the fairly artificial process of boosting him from a scrub to a superstar by raising his stats. On top of this is layered a thin and fairly inconsequential set of interactions like press conferences or GM sitdowns that never play out as they do in real life.

But what if your flippant answer to a reporter's question dogged you for the rest of the season as fans and the media began to question your commitment to the team? What if variables that actually affected play — like an early game on the second night of a back-to-back after a delayed flight back from Denver on the day Daylight Saving Time kicks in (this actually happened to the Minnesota Timberwolves last year) — had an actual effect on your team? What if the personalities of the players you had to play with genuinely mattered?

Right now, there are all kinds of things that take you out of the reality of this kind of mode. In MyCareer, your salary is paid in Virtual Currency that you use to improve your player's ratings. The drills you go through are skill games you either win or lose. But that's just not how it works. The problem with these things is not precisely the artifice of them. Games — including basketball itself — are predicated on constructed achievements and boundaries. But video games, from Journey to The Last of Us, are increasingly challenging our assumptions about what "winning" means. Just because a basketball video game contains games that are won or lost, it doesn't mean the game as a whole should be content to present the reality of the athlete's experience in such black-and-white terms. 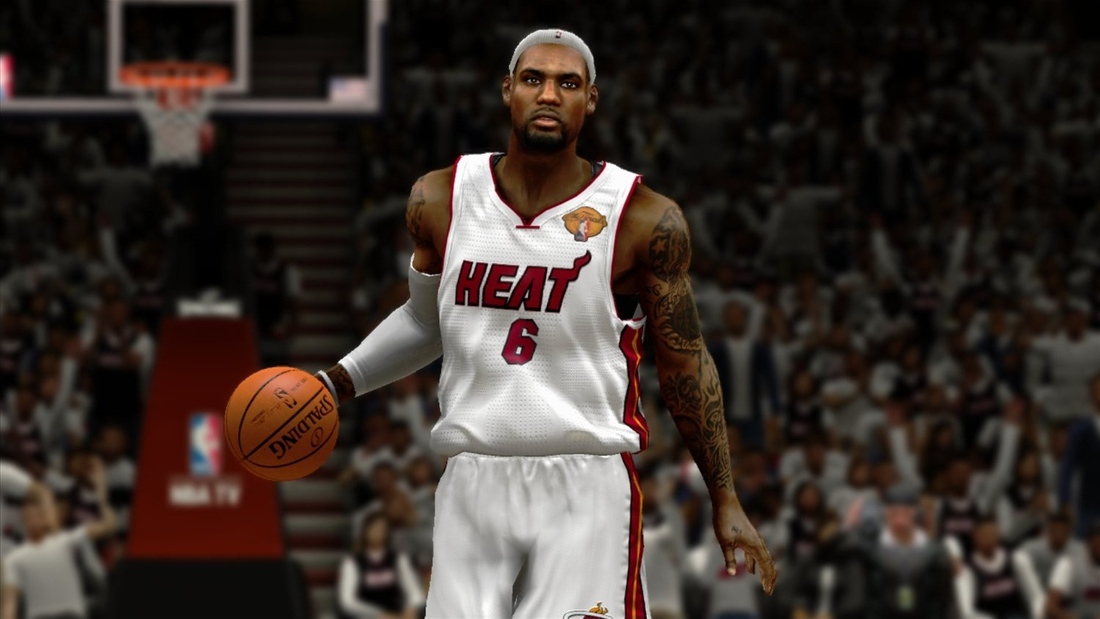 At some point, the quest for realism, for the most faithful resemblance to the real world, must give way to questions of what we mean by "real." Games and sports mean something because they're places we wall off and define in order to experiment and test ourselves. They should show us not just what we want or expect to see, but should challenge us to see new things about ourselves and the world.

The game, after all, is out there, in the world. If we want to watch it, we have television; if we want to delve into the stories and the advanced stats, we have blogs. But the next generation of sports games holds forth the promise of immersing us in a sport more fully than ever before, and not just by looking like the real world, but by taking us beyond it.

Steve McPherson is a regular contributor to Grantland, A Wolf Among Wolves and Hardwood Paroxysm. He is married to the game and his wife. Find him on Twitter @steventurous.

Your Name director’s next movie hits US theaters in April

Support for Gwent: The Witcher Card Game is coming to an end