Reliance is focused on developing mobile games based on big-branded IPs — its current slate of offerings include the Pacfic Rim tie-in game and Dancing with the Stars titles. But one of its most popular games has been Real Steel, the robotic beat-em-up tied to the 2011 film staring Hugh Jackman.

"We only work with brands which we can extend, take to multiple devices and bring in multiplatform components," Khanduja said. "We've done F1 games (with Codemasters) and After Earth, and we did Pacific Rim."

Real Steel currently boasts a daily active user base of 300,000 and has been downloaded more than 10 million times. In the game, players do exactly what Jackman's character and his opponents do in the movie — build and battle robots in a Rock-Em-Sock-Em Robots-type scenario.

"We worked with the team at Dreamworks pictures very closely," Khanduja said. "They were amazed with the level of interaction with players we've had with Real Steel. We don't spend a lot of money on marketing, but we see so much searching going on for the game and the brand and the movie. It's a great thing for us." 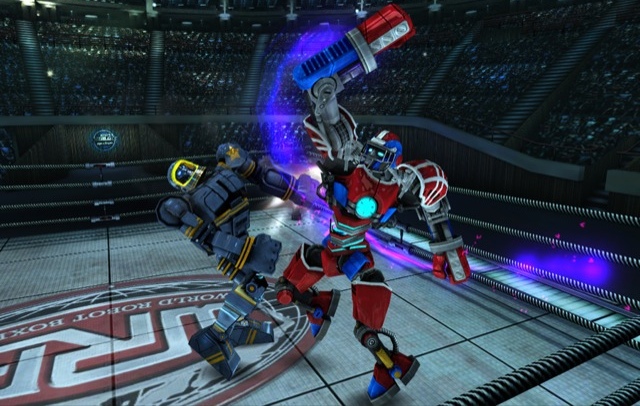 Based on feedback from the original game's players, Reliance added several new features to World Robot Boxing. The new Create a Robot feature will allow players to design and build their own customized robots. A Tag Team feature will let players bring a second robot into battle if their primary fighter is losing.

"We've launched updates every two or three weeks for Real Steel, but we needed something with better graphics and more fun components," Khanduja said.

Real Steel: World Robot Boxing will launch with 20 robots, whereas the previous game only launched with eight. Players will able to send their robots into eight arenas designed with higher quality graphics to take advantage of iOS 7.

"This is the first time we're doing a multiplatform launch — we wanted to be able to give a user an ability to play on any device because we have users who have iOS devices and Kindles," he explained. "We're getting a lot of comments that consumers are spending money on one version and wanted to also play it on another platform."

The addition of multiplayer is another big feature that has been added based on player feedback. Real Steel will get Wi-Fi multiplayer at launch with a Bluetooth version to be added later. World Robot Boxing will also boast a heavy social component: players can ask friends for help, gift robots and connect to Facebook to share game progress.

The game's content has also been tweaked to cater to young children. For example, Khanduja said that a child may not know what hydraulics or mainframes are, but in World Robot Boxing there are full explanations of what each robot piece does. These explanations will help build children's vocabulary and bring a little bit of an educational aspect into the game.

"There's a very subtle way of trying to bring some educational component into the game as well, which has been a very cautious effort on our side," he explained. "We thought about just calling it armor, but we wanted to give them more technical terms so we could teach kids a little more about science with this game."

Real Steel: World Robot Boxing will operate on a freemium mobile. Players can earn in-game currency for upgrades through fighting other robots, but they can also purchase content packs and in-game cash to move the game along faster.

"We're not just acquiring IP, we're building the brand and taking it to multiscreens."

"One of the big things we're really focused on — and we've been working on this game for around 9 months — is we want to have users play the game without having to spend money," Khanduja said "Making money is important to us but we want to have people, if they're grinding and really playing the game, we want them to be able to play and not get stuck. We have a lot of kids who play, and they might not have parents around all the time to pay to play. We want them to enjoy the game on their own.

"As for our strategy, we work closely with movie studios not just to get an IP and saying, ‘Yeah come back to us when we launch,' but we talk to the producers and artists and attempt to understand the true value of a brand and IP before we make a game," he said. "We're not just acquiring IP, we're building the brand and taking it to multiscreens. Mobile platforms are an extension of the IP."