Share All sharing options for: Yaiba: Ninja Gaiden Z getting its own Dark Horse comic book

The next Ninja Gaiden game, heavily influenced by manga and Western comic books in its tone and aesthetic, is, fittingly enough, getting its own digital comic book series, courtesy of Dark Horse Comics.

Dark Horse announced its collaboration with Team Ninja and Comcept's Keiji Inafune in time with New York Comic Con today. The three-part series said to reveal "essential pieces" of Yaiba's story will be available to download for free from the Dark Horse Digital Store and the Dark Horse Comics app on Android and iOS. Writers Tim Seeley and Josh Eamons and artist Rafael Ortiz will create the web comic.

The series will be released starting this December. An all-new, full-color print comic book based on Yaiba: Ninja Gaiden Z will also be released alongside the game, Dark Horse says. 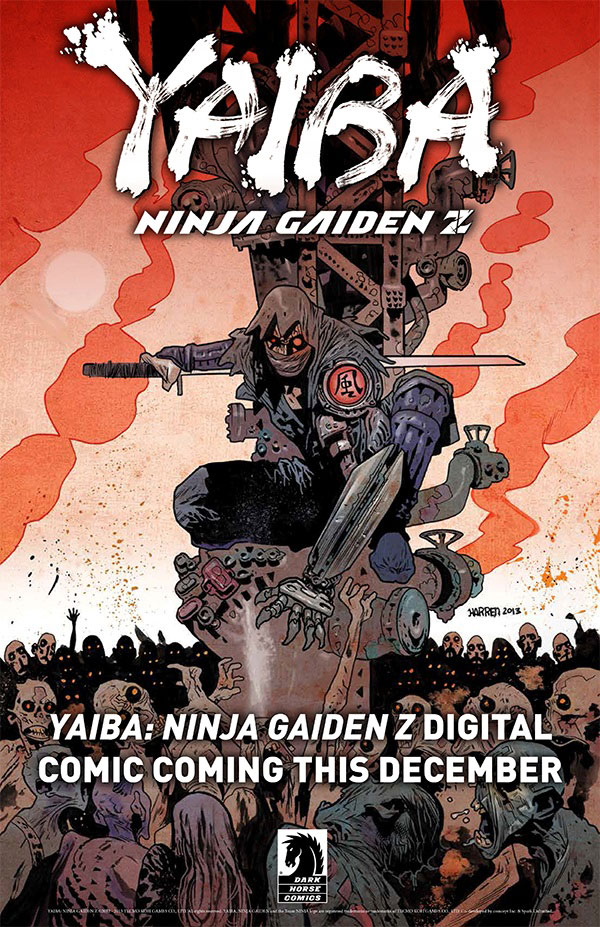