Mister Chief, the undeniably, deliberately unartistic, but beloved representation of Halo's Master Chief, is getting his own Xbox Live avatar.

O'Connor created Mister Chief in 2004 after being told that he couldn't use official in-game art for a community update he was writing for the game's website.

In the picture, the hand drawn Master Chief looks more like Futurama's Bender than the Spartan warrior. With a lopsided grimace on his face, he holds his arms outstretched, a light saber in one hand.

"When I started working on Halo there were no images available for me to use publicly," he said. "So as a kind of jerky insult to our fans I drew a screen shot how it would look based on my drawing ability.

"He had a light saber because I couldn't draw a gun, but I could draw a stick." 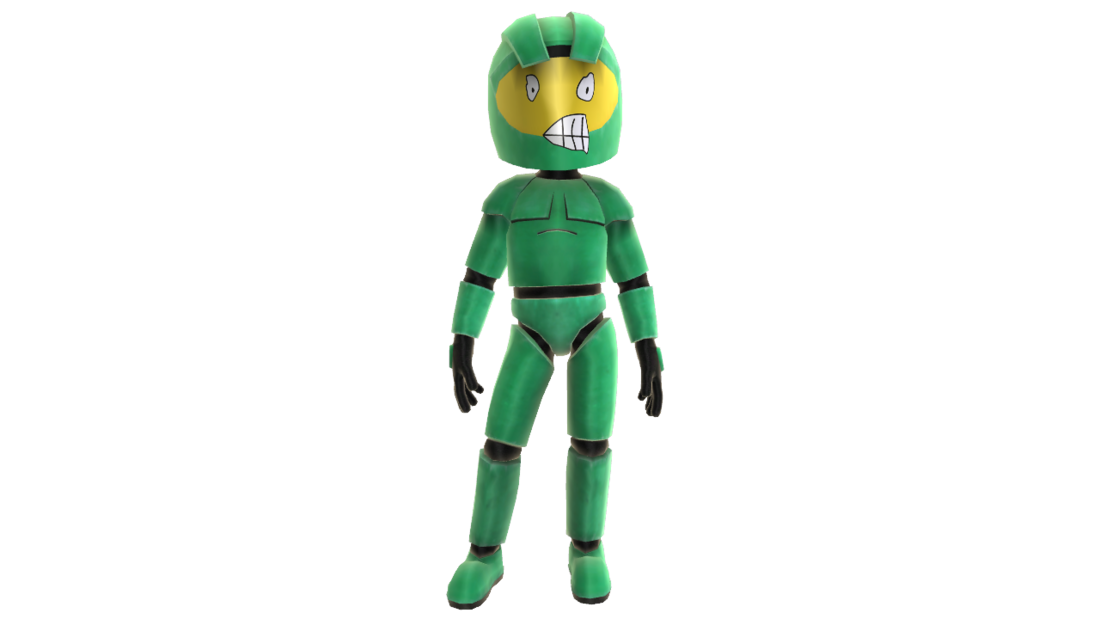 Recently, O'Connor said, Microsoft has been bugging him about providing art work they could use to turn into a Mister Chief avatar.

"They've actually asked for it a couple of times and a couple of times we thought they were joking," he said. "But then they said ‘Can you do a turnaround for Mister Chief.' Not really, because he's 2D and I haven't thought about what he looks like from the back."

The avatar O'Connor showed me on his phone, the version set to hit Live on Oct. 21 for $2.99, was a startling image, like a child's drawing come to horrific life.

I mentioned my reaction to O'Connor, who agreed and said that's how it should be.