Pokemon X and Y tips: Picking starters, versions and the right monsters for you

Share All sharing options for: Pokemon X and Y tips: Picking starters, versions and the right monsters for you

Which starters should you choose in Pokemon X and Y? Which version of those two games should you actually play? Which new Pokemon should you make sure not to miss?

The Pokemon series almost always requires you to make huge, important decisions just a few minutes into playing — or in some cases, before you even purchase the game in the first place. To help you carve your path to the Elite Four with the leanest, meanest team possible, here are some helpful training tips.

Which starter should you choose?

While this decision was made much easier in past generations of Pokemon, which typically had a lack of Pokemon of a certain type throughout the game — typically Fire — X and Y feature a huge roster for pretty much every element there is. Also unlike past generations, X and Y let you pad your team with differently-typed Pokemon in the first hour of the game; more than ever, your starter decision comes down to personal preference.

All three Pokemon are supremely capable in their own right:

You're able to pick from a second set of starters — the original lineup of Charmander, Bulbasaur and Squirtle — about an hour into the game. I'd suggest picking the one that can take down the weakness of your first starter: Charmander if you picked Froakie, Squirtle if you picked Chespin and Bulbasaur if you picked Fennekin. But again, there are plenty of opportunities to fill your party with all three types early on. 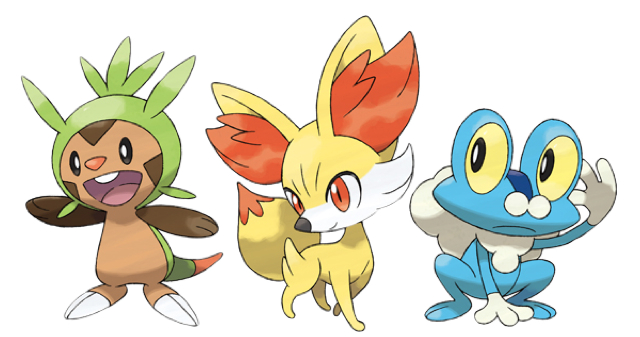 Which version should you play?

As far as I can tell: It could not matter less. There aren't that many version-exclusive Pokemon in this generation that I noticed, and I also didn't see any huge differences in the overworld between the two. Both Charizard and Mewtwo have unique Mega Evolutions in each version — in Y, they just become more powerful, in X, they change types (to Fire/Dragon and Psychic/Fighting, respectively). There's also the version-exclusive legendaries: the Fairy-type Xerneas in X, and the Dark/Flying-type Yveltal in Y.

Early in your journey, you'll receive the Exp. Share, a classic item that has been seriously revamped for this generation. It's no longer an item you give to a Pokemon, who siphons a portion of experience points from the Pokemon who are active in battle. Now it's a key item, that can be toggled on and off — though once you get it, you should really never deactivate it.

The math on the Exp. Share works like this: While it's on, the active Pokemon still earns 100 percent of the XP they would normally gain from a battle. Every other Pokemon on your team earns 50 percent of that share a piece. Essentially, the item more than triples the total XP you earn from every single fight. Turning that off is a very, very bad idea.

Unlike past games, which forced you to choose between leveling up your Pokemon and expanding your Pokedex, Pokemon X and Y let you do both simultaneously by awarding XP for captures. You should definitely try to capture each new Pokemon you encounter; with the new Exp. Share, it's easy to incorporate new members into your team without them lagging behind your more trained monsters.

In addition, Pokemon X and Y has "critical captures," a rare event that pretty much guarantees a successful catch. Rather than having to wait for your thrown Poke Ball to shake three times before locking a Pokemon in, critical captures just have to shake once. The more Pokemon you've captured, the more frequent critical captures become, so fill up your Pokedex early to make your endgame catches just a bit easier.

Pokemon worth picking up

What's the order of the gyms?

Some minor spoilers ahead, I suppose — though you probably could have guessed that the general structure of the game would take you to eight gyms, followed by a showdown at the Pokemon League. If you want to make sure you've got a Pokemon that can handle each gym's type ahead of time, here's a list of what you'll be facing off against. 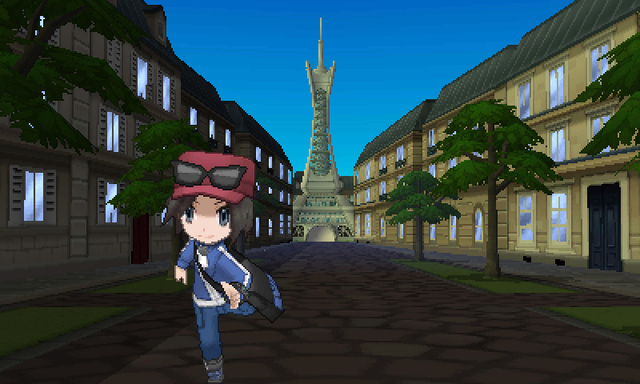 Chat up everyone you see on the street, and explore every building you come across on the overworld. Lots of people will just have inane chatter to offer you, but like, every fourth person will toss a helpful item or valuable, move-teaching Technical Machine your way.

You can register up to four key items to the Y button, allowing you to utilize them with just a couple of button presses. Make sure you toss the Bicycle on that list once you get one — and make sure you definitely assign the Dowsing Rods, which will help you find a ton of valuable items like Nuggets, Pearls and evolutionary stones as you travel from town to town.

Do you have to use the new Super Training mode?

Super Training is a sort of mini-game that you can use to increase your Pokemon's current stats, as well as its base stats — a formerly super esoteric process called EV and IV training. It's still a fairly repetitive process, requiring you to perform the same target-shooting mini-game over and over again to strengthen your Pokemon; though that's a much easier pill to swallow than the former training methods.

You absolutely don't need to use Super Training to make your way through the single-player game, however. The mode is fairly accessible, but it's a timesink, and mostly designed for high-level competitive play. If you find Super Training a chore, feel free to skip it.

In Pokemon X and Y, you can use "O-Powers" to grant buffs and other perks to yourself or your fellow players online. To use these powers, you have to spend O-Power energy, a pool which you can regenerate over time. It's always, always cheaper to use these powers on others than to use them on yourself, so you should make it a habit to spread the wealth; the randomly players who show up in your "Passersby" list might just return the favor.

It also behooves you to have as many 3DS friends as you can get your hands on — Pokemon X and Y's version of the Safari Zone (which opens after you complete the game) generates individual hunting grounds for each friend code you have registered to your handheld, in which two or three different Pokemon of a certain type can be found. The more friends you have, the more Pokemon you can find there.

From the main menu of Pokemon X and Y, you can utilize Mystery Gift, a feature that lets you partake in Wi-Fi or local distribution events. Starting today, Oct. 12, and running through Jan. 15, you'll be able to grab Torchic — the Fire-type starter from Pokemon Ruby, Sapphire and Emerald — just by using the Wi-Fi Mystery Gift option. Added bonus: Torchic comes with Blazikenite, a held item that lets it Mega Evolve once it reaches its final evolution, and once you unlock Mega Evolution following a certain event in the game's campaign.