Mega Bloks' take on Call of Duty is designed around the franchise, but not any particular game in the long-running series. That said, the sets will feature iconic characters, vehicles, locations, and, yes, zombies pulled from the game.

"It's really about the Call of Duty Franchise and not specifically tying it to a game per say," said Bisma Ansari, Mega Brands vice president of marketing. "The idea is that it is the biggest franchise in the world so we wanted to take the fan base of the franchise itself and convert what they love into toys."

Currently there are ten sets available for the Call of Duty collector series with prices ranging from $10 to $60. Mega Brands announced two more sets for the the collection at New York Comic Con this week, both inspired by the zombie mode found in some Call of Duty games. One of those sets is based on the farm in Black Ops 2's Tanzit zombie map and the other is a zombie horde figure pack. The zombie packs are hitting in December. 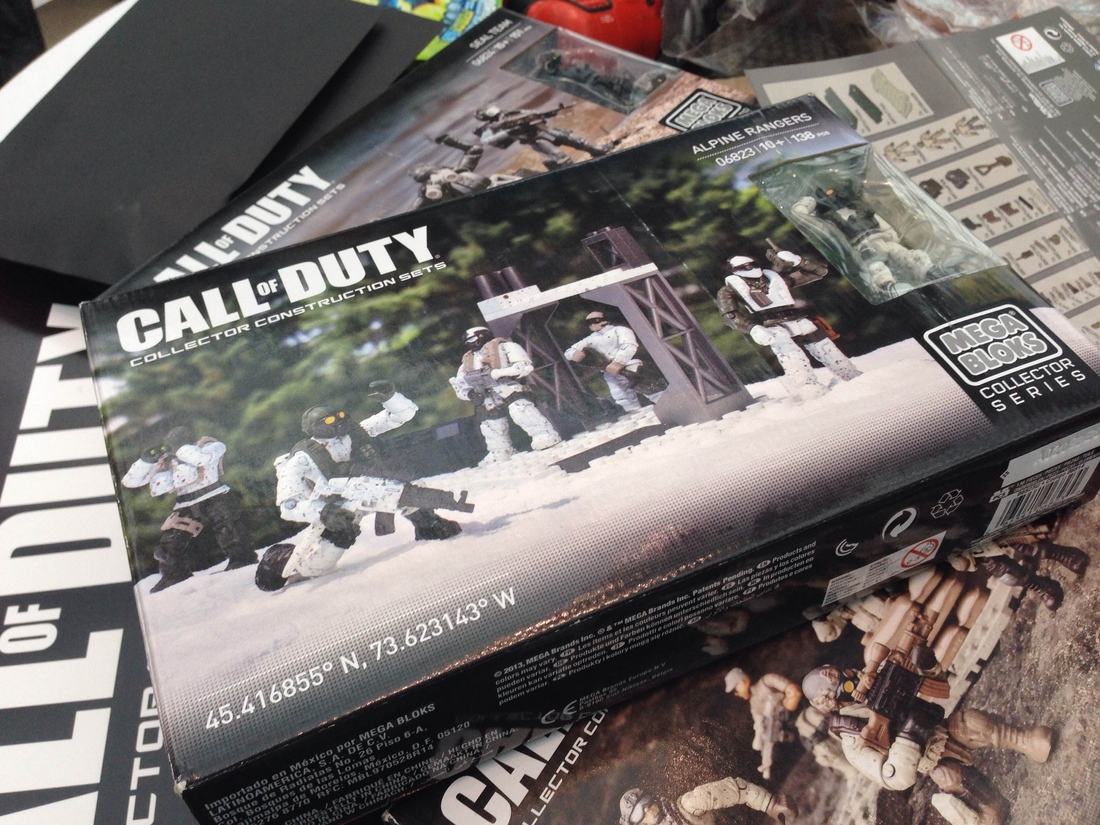 Ansari said the sets are part of the existing partnership the toy company has with Activision. Last year, she said, Mega launched Skylanders sets.

"It was really an extension of that partnership," she said. "We have been doing Mega Blok Halo for about five years now, so it seems like we are kind of the experts of taking video games franchises and extending it to construction toys."

While the toys are based on a mature-rated game, they're designed for children 10 and up to play them.

Ansari said that one of the reasons they designed the sets on the franchise universe and not specific games was because they were mindful of that dichotomy.

"What's important is that we based the toys, the sets, on the play patterns and the sophistication for collectors and fans of the franchise," she said. "Really experienced builders will be able to play with them and parents will be able to make their own decisions.

"This is part of the Mega Blok collector's series so this isn't marketed to kids."

The sets include plenty of intricately detailed parts.

The micro-action figures, for instance, are the most detailed the company has ever made. Each features about 20 parts and are customizable by mix-and -matching them with other characters.

"All of them come with gear, vests, accessories, all kinds of build outs," she said. "The combinations you can create are in the thousands."

The sets just started hitting Toys R Us late last month and will start hitting other stores in the coming months she said, but already Activision and Mega are discussing what they can do next with the sets.

"It's a mix of both a back and forth working with the Activision team and our design team seeing what elements we can take and make into cool toys," she said. "It's really about making sets that are authentic and inspired, but unique."

Nintendo is the latest target of Saudi Arabia’s gaming investment