Involving Eve Online players in the narrative process for the Eve comic books is a way for them to interpret the world of New Eden for themselves and experience it on a deeper level — in a way, they are creating a history book for Eve, creative director Torfi Frans Olafsson told Polygon.

Olafsson said developer CCP Games felt compelled to adapt these player stories, these facts, into semi-fiction for Eve: True Stories. It would provide more interesting, intimate content for consumers, allowing them to connect to the Eve universe in a new way.

"We were looking at the decade anniversary of Eve, and we wanted to do something to celebrate the player stories that have emerged over the years," Olafsson said. "These stories, some of them captured media attention that our PR never gets — and a lot of these stories we never even heard about until they broke on other websites. These stories were shaped by the actions of our players, decisions made by humans fighting or working with other humans.

"They just resonate so strongly with people that individuals not only in the Eve player base but outside of the periphery want to hear about them, even if they don't play Eve 19 hours a week," he said. "It was very easy, when we thought about it: what should our narrative be? We could adapt these stories. We could have made up some narrative about some NPC doing something somewhere, but people connected to these stories."

CCP opened a website to accept story submissions from players. Olafsson noted that the process of picking and choosing stories "became its own battlefield to navigate" as submissions ranged from the impassioned and action-oriented to the truly bizarre and somewhat inappropriate. Olafsson recalled one submission that was a well-written espionage narrative involving multiple acts of trickery, as well as another that was actually an elaborate dissection on the nature of circumcision.

"We got around 700 submissions, and while some were utter crap, there were many more that were brilliant work," he said. "Many were very touching."

Olafsson said the top stories were handed off to Wolverine and Deadpool writer Daniel Way for fine-tuning and "actioning up" the narrative to fit a comic book.

"I'm sure he has been traumatized by now," Olafsson said of Day. "Our stories sometimes don't lend themselves well to comic book format, but we've been making it work with Daniel's contribution. He's taken some artistic license and that may infuriate some players, but the story is still the truth.

"These stories are creating a history book of Eve — but historians are never partial and history is written by the winners, and we're seeing that trend [with True Stories.]" 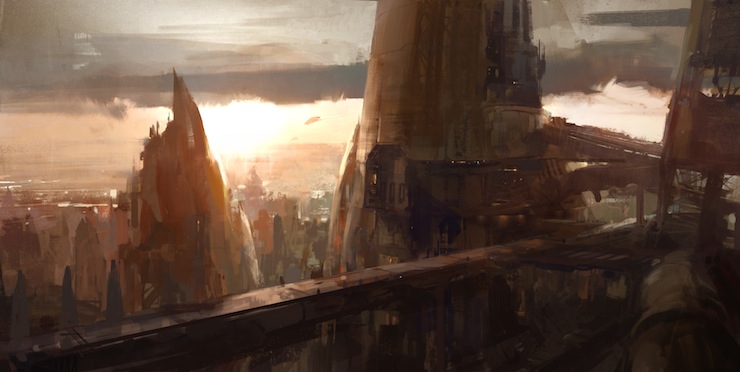 Olafsson said CCP realized early on that players were naturally developing their own narratives.

"One inspiration for us was Ultima Online, which was renowned for its openness," he explained. "Sadly, the MMO game space has been far too cautious to embrace this kind of openness, creating open economies and crafting systems, and just empowering players to the max.

"What we observed in Ultima were these unscripted stories," he added. "Like with player killers. Psychopaths that would just go out and murder innocent do-gooders. Some wanted to ban it, but they couldn't because of its openness. So the good people banned together to hunt down the player killers, doing vigilante lawkeeping. The narrative happened by itself and it was more powerful than it would have been if it was written by the authors.

This strong swell of player-driven events became an emergent pattern in Eve Online, and after a decade of observing, CCP decided these stories we were worth sharing — both with the Eve community and those outside looking in. The stories are about human triumphs and tribulations, Olafsson said, dealing with individuals and more meta-game content than is possible to explore in Eve Online. After launching one story in four parts next spring, Olafsson said CCP hopes to continue creating literary content based on player stories.

"Unless players riot and bring New Eden to a halt out of pure anger because they feel the universe is misrepresented in the comics, I hope we can continue to tell more stories," he said.