Share All sharing options for: Lightning Returns is a colorful send-off to the series' newest figurehead

I have to save this chocobo.

In this hands-on demo of Lightning Returns: Final Fantasy 13, Dr. Gysahl — the leading chocobo expert — has sent me on a quest to find the Angel of Valhalla, an elusive white chocobo that legends say will lead me to one of the goddess Etro's shrines. The shrine is allegedly a spring of Chaos, the dark smoke-like substance in which monsters lurk, the poisonous force that will bring about the end of the world. I — playing as Lightning, the goddess' champion and the savior trying to save the world — have found this chocobo, but only after battling a dangerous creature called a Chocobo Eater to the death. The Eater has left the Angel's pristine white feathers matted with blood, and he's dying.

If I don't save this chocobo, I won't find the shrine. And I will have also let a chocobo die, which is just heartbreaking.

As I run throughout the Wildlands collecting the favored chocobo feed, gysahl greens, my companion Hope Estheim prattles away at me over a communicator. Lightning and Hope banter back and forth, discussing where to find the forest in which the nearby town's gysahl farmer disappeared. I know I have essentially walked into a string of fetch quests in order to complete a major plot point — but it doesn't feel that way. It feels like every other Final Fantasy title, the comforting pace of achieving smaller tasks in order to uncover the next big event.

Something new for Lighting Returns, however, is the emphasis in combat on switching costumes, or Schemata. Each Schemata can be color-customized to players' liking and comes with its own set of abilities. Of the four abilities attached to each costume, one or two may be locked down, but the others can be overwritten with new abilities as Lightning levels up. Using abilities depletes Lightning's Active Time Battle gauge, the well of energy she uses to complete attacks. But once this gauge depletes, she can no longer use attacks — unless she switches to another costume, in which case the ATB gauge will refill faster and allow her to attack again more quickly.

Producer Yoshinori Kitase told Polygon that this system was built to encourage players to quickly swap between costumes, pushing them to switch on the fly as it's the faster way to refil Lightning's ATB gauge. The battle system is more action-oriented, a direction Square Enix will explore more deeply with its next title, Final Fantasy 15. 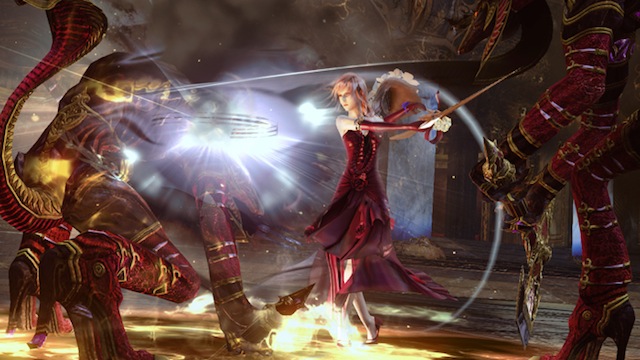 "Final Fantasy 13 and 15 started as two separate projects at the same time, like sibling titles to each other," Kitase said. "They've pretty much simultaneously, the development and the concept, been made together. Final Fantasy 15 is geared towards being more action-oriented, something that's more driven with the action elements of the battle system, whereas 13 was more about the command-based battle system and how to evolve that and adapt it to the current generation of hardware."

Game design director Yuji Abe added that Lightning Returns' battle system has been tweaked to take advantage of better graphics, in addition to being more fast-paced. Players will also be able to switch on the fly between offense and defense, swapping costumes quickly as battles unfold, and can move Lightning freely in combat, positioning her anywhere on the battlefield during play.

"We tried to see what works best in terms of displaying beautiful graphics but keeping true to the tradition of a command-based Final Fantasy battle style," he added. "For the 13 series we didn't originally have in mind making the battle system action-oriented, but it was more about incorporating new elements and creating the ability to push a button and get a direct response."

"There were definitely some outfits that the designers took inspiration from previous installments and different job classes."

One of the costumes I used during my hands-on time with the game looked like a cross between the outfits of Final Fantasy 6's Locke Cole and Final Fantasy 9's Zidane Tribal. Kitase explained that many pieces of Lightning's new wardrobe have been tailored to look like the original Final Fantasy class outfits — with a dose of inspiration from other franchise titles mixed in.

"In terms of outfits from previous Final Fantasy titles, we definitely have the black mage and red mage outfits, which are pretty close to the original designs." Kitase said. "But there were definitely some outfits that the designers took inspiration from previous installments and different job classes."

Lightning Returns is the final game in the Final Fantasy 13 trilogy — a set of games that have been received with mixed feelings by the Final Fantasy community. Criticism has ranged from the games having plots that were too convoluted to environments that were linear to a fault. Despite murmurs from its audience that Square Enix was dragging out the 13 story, the development team feels that only now is 13's full story told.

Kitase explained that the games weren't always planned as a trilogy. But once Final Fantasy 13 neared completion, Square realized that Lightning's story wasn't entirely over and that the universe's mythology — Fabula Nova Crystallis — had more meat on its bones. 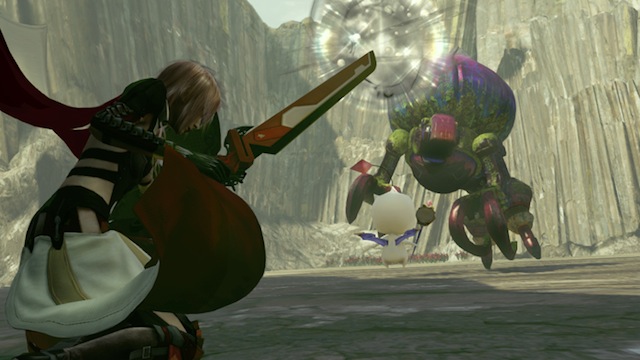 "There really wasn't a clear plan on it being a trilogy when we first started 13, especially when we were building the first installment," he said. "There was the whole mythos of the Fabula Nova Crystallis, and 13 in and of itself wasn't able to capture the vastness of the story and the background that it has. There were parts of the story we wanted to continue and kind of develop into sequels and continuations of the story. That's how it developed into the sequel, and then the whole trilogy.

"In terms of creating the entire trilogy, this is definitely something that hasn't been done before and it's a first in the Final Fantasy franchise," he added. "We're very happy that we had the opportunity to continue the story and develop it over the course of three different installments. We feel there were very attractive characters that were depicted within the story, and there definitely was that strong mythos as the backbone of the story arc.

"Of course, we weren't able to depict everything included in the whole mythos, but we're glad we had the opportunity to depict as much as we were."

The Fabula Nova Crystallis story involves a group of powerful gods whose hand in governing the worlds of Pulse and Cocoon — the smaller planet orbiting Pulse — may have been too strong. One god in particular pulls the strings harder than the others, a being players will encounter in Lighting Returns. The 13 universe has its own creation myth, hierarchy of deities and even a prophecy about the end of the world. When development wrapped up on the first game, Kitase and company wondered if the gods' story and its influence on the characters had been communicated effectively.

"Were we able to communicate in full what this god in this world wanted to do, and why Lightning is fighting against it so hard?"

"After the first installment there was a sort of feeling that, 'Were we able to communicate in full what this god in this world wanted to do, and why Lightning is fighting against it so hard?'" Kitase explained. "We felt that maybe we weren't able to communicate that effectively in just that one installment, so we wanted to continue and expand that story."

Lightning herself has evolved since the first game. She has suffered more than her share of personal loss, been dragged through timelines and across worlds and has now been awakened at the end of time to save people's souls. She is more vulnerable and less stoic than in her previous appearances, and in the demo I played she emotional and a little melancholy over the wounded chocobo. The woman I was playing as was still a strong figure, but the price of becoming a being of incomparable power and the world's savior has clearly taken its toll on her.

I asked Kitase and Abe what it's like to say goodbye to Lightning, who, through three games and spinoffs like Final Fantasy brawler Dissidia 012, has become somewhat of a figurehead for the series in the current generation. Kitase said that work on the first game began in 2004, and after nearly a decade working with the pink-haired heroine, it's been tough to let her go. 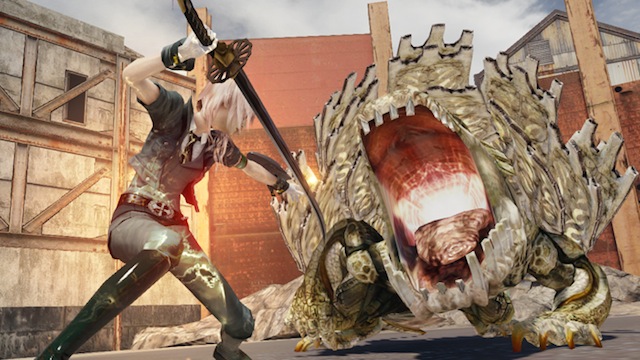 "With every Final Fantasy title, there has always been one strong character — for example Final Fantasy 7 had Cloud. It's part of the reason some of the numbered titles are remembered even after such a long time, for their strong and inspirational characters," he said. "We wanted Lightning to be one of those. Doing three installments, we feel she has finally become one of those strong Final Fantasy characters that can withstand the test of time and maybe be able to reappear in another opportunity."

"Coming from the side where we're making the actual product and plugging away at development, and working on Lightning as a character, I feel that it may not hit me after the title is completely done and I've had a chance to look at it from an objective point of view," added Abe. "This is the last installment and we'll see if she ends up being an Angel of Death or Lady Luck."