In Eldritch, as in real life, the pursuit of knowledge is both the source of all power and the cause of all problems.

Disparate influences are melded together here: mechanics borrowed from first-person stealth games of the past, a roguelike structure and the creepy lore of 1920s horror author H.P. Lovecraft. Each of these elements can fall apart easily enough on its own, but Eldritch binds them together in a way that works.

Given that checklist of hardcore appeal, I didn't plan for an experience as approachable as two-man team Minor Key Games has created. Eldritch defies expectations. It's not obsessed with pleasing Lovecraft fans or roguelike junkies. Instead, it builds something that stands on its own despite clear inspirations.

Eldritch begins with the generic "character wakes up with amnesia" plot thread, but it's quickly apparent that something more sinister is at work. You're in a library; amidst the stacks of books lining the shelves, three are placed on pedestals nearby and glow with a terrifying power. As soon as you read one of the glowing books, your character is sucked into its pages, teleported to an unfamiliar world filled with maddening monsters.

The library serves as a sort of hub world, with each book acting as a portal into a three-level act. Within these arcane pages, you must attack, avoid or otherwise overcome a patrolling army of creatures straight out of the Cthulhu mythos — suicidal fish-men, floating eyeballs, robed cultists and plenty more. The wide variety of enemies forced me out of comfort zones. If I became proficient wielding a knife, I would inevitably run into a flying enemy that required a gun. If I found myself killing everything that got in my way, I would discover powerful enemies that would not die. 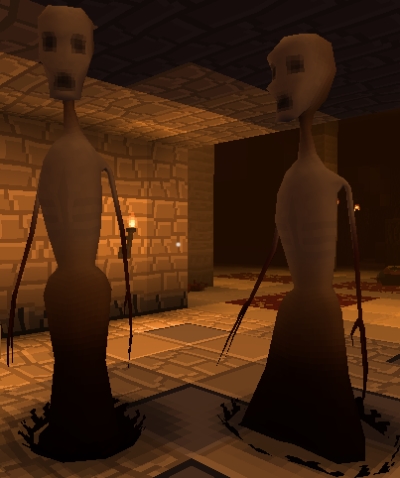 Every time I thought an area was empty and safe, I got spooked

Mixing things up like this plays to Eldritch's greatest strength: the multiplicity of approaches and loadouts to play around with. When you enter the first book, you're armed only with your fists. Your best bet is to crawl, stay out of sight and kill any patrolling deep ones by sneaking up behind them. But eventually, you'll find resources — guns and knives for taking on foes directly, bottles and rocks for throwing to distract enemies, dynamite for carving a path straight through levels. Each weapon has clear strengths, but you can only carry two at a time, forcing you to constantly make strategic calculations as you run through the levels.

The level design also encourages thoughtful play. Each area is a byzantine maze, extending both horizontally and vertically, with crooked platforms, locked doors and strange alcoves appearing with no real logic. These randomized layouts are the most Lovecraftian element in Eldritch, disorienting and impossible to comprehend if not for the helpful mini-map in the corner.

The twisted nature of these levels lends the game its one honest source of horror: unpredictable enemy spawns. When you kill an enemy in Eldritch, you can loot its corpse for ammo, currency or keys. However, once a corpse has been looted, it will disappear and the enemy will respawn elsewhere in the level at random. Since there's no straight path through levels, reincarnated foes will inevitably pop up behind you or catch up to you via side passages. Every time I thought an area was empty and safe, I got spooked by a screaming snake crawling into the room or an eyeball floating down from above.

Even essentially immortal enemies can be outsmarted if you use all your resources, which means spending cash wisely. Shops appear at random in Eldritch's levels and contain power-ups that specialize your approach. Are you a fan of platforming through the game and trying to stay above enemies? Pick up some jump boots to improve your air. Want to sneak faster and more efficiently? A stealth charm stops enemies from hearing your footsteps, even when you're running right behind them. Your playstyle can be further augmented by magic spells learned from statues you come across, allowing you to teleport or materialize blocks out of thin air. These tweaks seem small, but they made each of my playthroughs feel different. 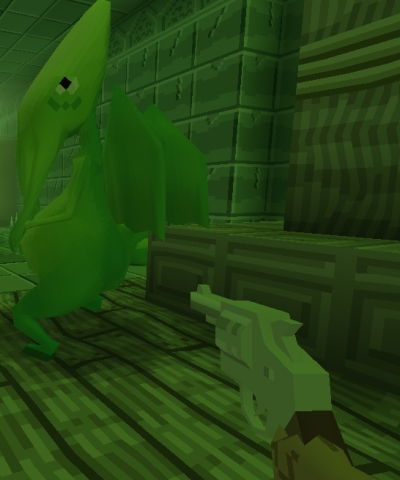 Even immortal enemies can be outsmarted 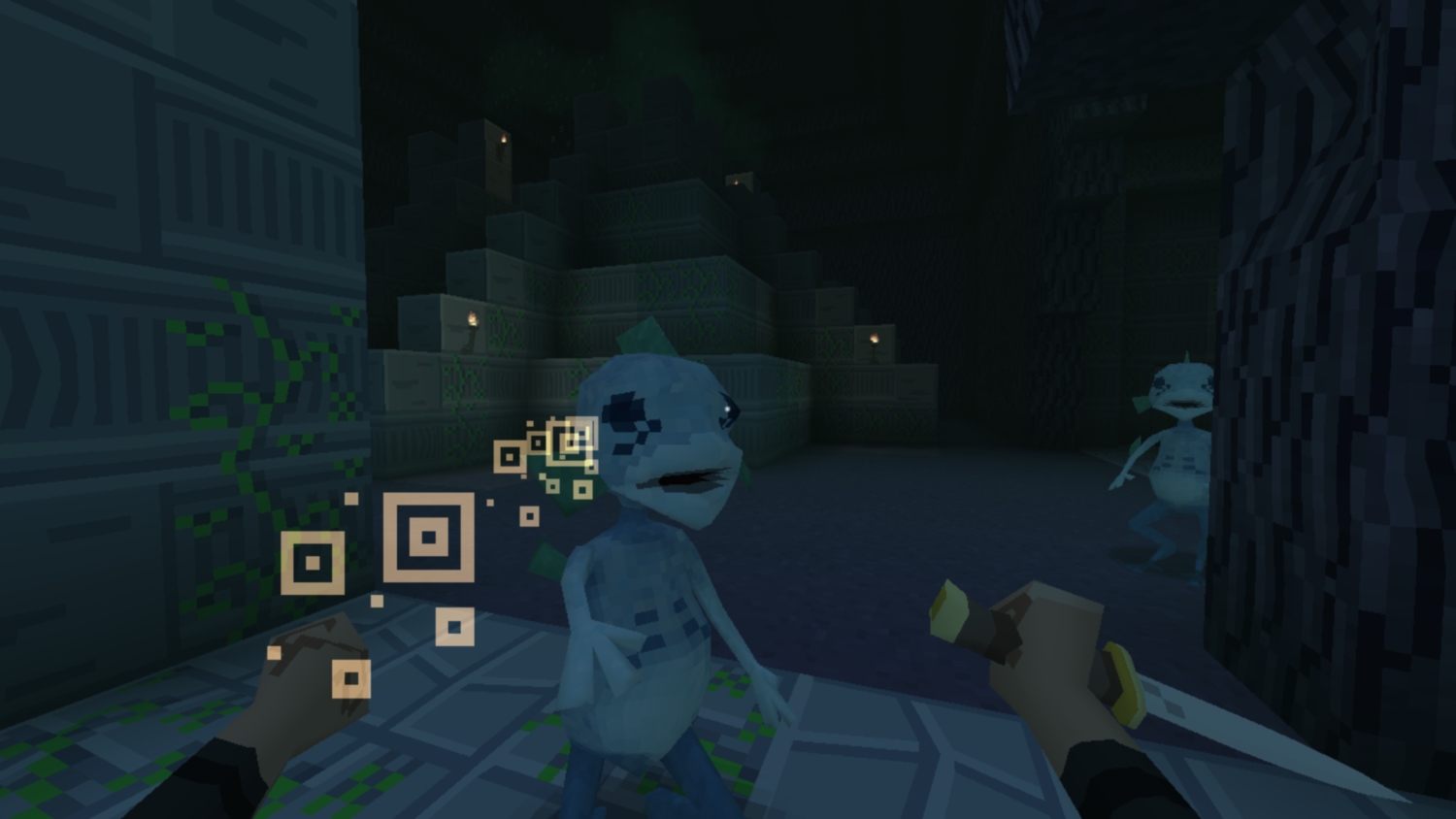 Those differences are important, too, because you'll almost certainly be replaying whole sections of the game before you complete it. When you die in Eldritch, you start over in the library with almost all of your progress erased. Once you've unlocked a book, it remains unlocked, but you still need to play through the levels within it to collect the items needed to unlock the final world and finish the game. Eldritch has an ideal amount of randomness in its level layouts and item distribution, which makes those retries more interesting than they are frustrating.

It also helps, of course, that the game is pretty easy. I hit the ending of Eldritch on my third or fourth run, which is rare for a roguelike. Once you have a good sense for what weapons and strategies you want to use, a full run from the start of the game to the end only takes an hour or two at most. I don't think Eldritch's core game needs to be more difficult — there's a hidden true ending to unlock and a tougher new game-plus mode is promised in a future update — but it could benefit from more content. The hub world structure seems perfectly poised for the addition of new levels, horrifying enemies and more items and spells to further differentiate each playthrough — and I left the game wanting more.

Even in this initial release, even after a dozen hours of review play, I don't feel bored with Eldritch. Each new life presents its own problems. Each snippet of forbidden knowledge adds a wrinkle to the gameplay. Maybe this next run I'll be short on keys and need to figure out an alternate path around high walls. Maybe this time I won't get caught by the unkillable slime monster hanging out on the third level. Maybe I can trick that lizard-man into falling into a spike pit. That curiosity keeps calling me; the Great Old Ones would be pleased.