Xbox One fighting game Killer Instinct is a downloadable title, but Microsoft and Penny Arcade are teaming up to give fans something physical to hold onto with the game's Pin Ultimate Edition. The special edition release consists of a folio and two pins, with the promise more collectible pins to come over the course of the next year.

Killer Instinct's Pin Ultimate Edition arrives on Nov. 29 and includes two pins: Jago and the Killer Instinct logo. Pins for the rest of the game's eight characters — two are still to be revealed — are also promised, with additional pins coming each month until the game's "season finale" next summer.

According to Microsoft, the official Killer Instinct page will reveal "surprise pins, every month until the end of the season, that can be earned through your community and in-game efforts." Additional pins, Microsoft says, will be sold separately or "available as part of future promotional activities."

The package also includes content from KI's Ultra Edition, which includes all eight characters from season one, a season pass for eight costumes and 16 character accessories, early access to that content and the original Killer Instinct arcade game.

More information on the Pin Ultimate Edition, which lists for $59.99, is available at the Microsoft Store. 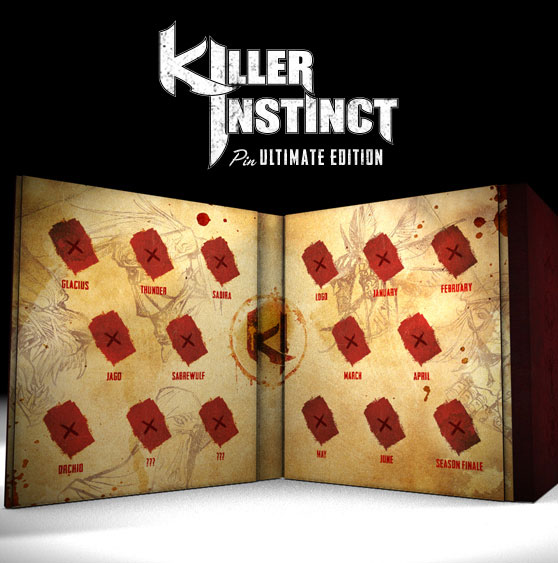