How Riot Games is evolving its eSports presentation, coaching League of Legends players

By Michael McWhertor@MikeMcWhertor Oct 16, 2013, 9:00am EDT
Image League of Legends on Flickr

Share All sharing options for: How Riot Games is evolving its eSports presentation, coaching League of Legends players

Both in-person and on the internet, Riot Games ensured that the presentation of its eSports title was on par with with more established professional sports. The developer, says Riot Games VP of eSports Dustin Beck, has learned lessons from the likes of the NFL and FIFA — as well as ESPN and Korean eSports league OGN — about how to present its sport to fans.

"We want this to be an enjoyable spectacle," Beck said during a presentation, "in terms of broadcast and enjoying a live event, and we've had to level up the production."

That meant dedicating a video production team "built from the ground up," building a consistent schedule of league programming and answering the questions fans would want to know: "When's the game on? Are the games I'm watching meaningful? Who are the pros and the teams? How do I watch it? How do players become pros?"

Riot's efforts have paid off at its premiere events. It sold out its All-Star Shanghai 2013 event — which was watched by more than 18 million people online — and the season three world championships at the Staples Center — an upgrade from the USC Galen Center last year — in a little over an hour. This year's championships, Beck said, were the result of a year and a half of work.

"I think we've laid down a good foundation that our fans have come to enjoy with [the League of Legends Championship Series], but I think we're really just scratching the surface with what we can do," Beck told Polygon in an interview.

"We've got to continue to push the envelope. We've got to raise the bar in terms of quality," he said, "and we have to not be afraid to make mistakes. We don't have the hundred years of experience that other sports have. We're really in year one here, but we're going to make sure that we're delighting new players and keeping them on their toes..." 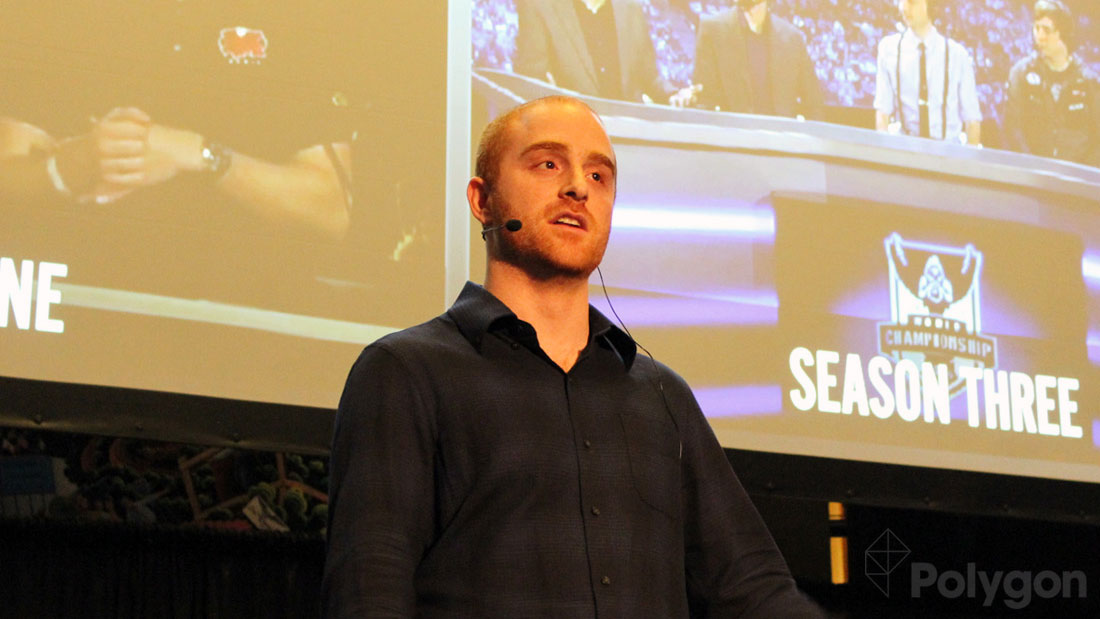 One aspect of Riot's presentation that Beck points to is the addition of analysts desks at League of Legends eSports events, where shoutcasters and top players offer insight into matches.

"The analyst desks that we rolled out for Worlds, we didn't know if it would work or not, but our fans love it," Beck said. "It's tough now to think about what we talked about after a game when we didn't have them. Those guys do such an unbelievable job in breaking down the action and talking about what just transpired. We have a ton of ideas like that that we're excited to try out."

Beck said Riot has worked alongside its shoutcasters and analysts to hone their on-camera presence, in turn improving the image of the sport. The developer has enrolled them in improv training and brought in correspondents from networks like CNN to provide guidance for its presenters, Beck said, which had until this season, been involved purely on "passion." Now, many are full-time.

"We want these guys to be personalities that players love to hear," Beck said. "We want John Maddens, we want Chris Bermans and Stuart Scotts. You know, when you tune into SportsCenter or watch the NFL or NBA... we want our guys to have that same kind of personality."

Riot's efforts to improve the quality and perception of the sport extends to its players, as well. The developer has a player management conference twice a year, Beck explained, where it invites pro players to the studio.

"We walk them through cool new things that are coming to the game to get their feedback... Walk them through new rules that we're thinking of bringing to LCS. We have a great relationship with them."

"These guys are 17... 18 years old, they've been playing video games their whole life and, all of a sudden, out of nowhere, because they're so insanely good at the game, and so laser-focused on going pro, they get thrust into the spotlight. They don't know how to be interviewed. They don't know what's good or what's not good to say. They don't know what they are saying is starting to develop a brand and identity for themselves.

"We just want to make sure that we're there to help coach them and make sure they don't get taken advantage of or say something that's going to [come back to] bite them later on."

A handful of high profile League of Legends pros have been bitten by their behavior in the past. North American pro Christian "IWillDominate" Rivera of Team Dignitas found himself banned from the League of Legends Championship Series by Riot for year for exhibiting "persistent toxic behavior."

Beck said Riot's interests lie not just in preserving the image of its game and its pros, but in setting a good example for players and fans.

"These guys have a moral responsibility, because they have hundreds of thousands, if not millions of fans who are following their footsteps and look up to them as role models," he said. "By and large, our players understand that, and they really curb their behavior. They're becoming great role models.

"On the flip side if we do ever have to make a tough decision [about player behavior], we're no stranger to that. We do it in our game anyway with our Tribunal system. It's still a murky line for when and where we should get involved, but if someone's toxic in our community or to our game, we're going to make sure it's handled appropriately."

Brandon Beck, Riot Games co-founder and CEO, touched on those potentially thorny issues as well during a presentation, saying, "A lot of sports have tricky challenges, where pros and leagues can be out of alignment. We're fortunate to not be bombarded with complexity on that front, and we're not looking forward to that kind of complexity.

"We are active in eSports, but we don't fancy ourselves league commissioners." 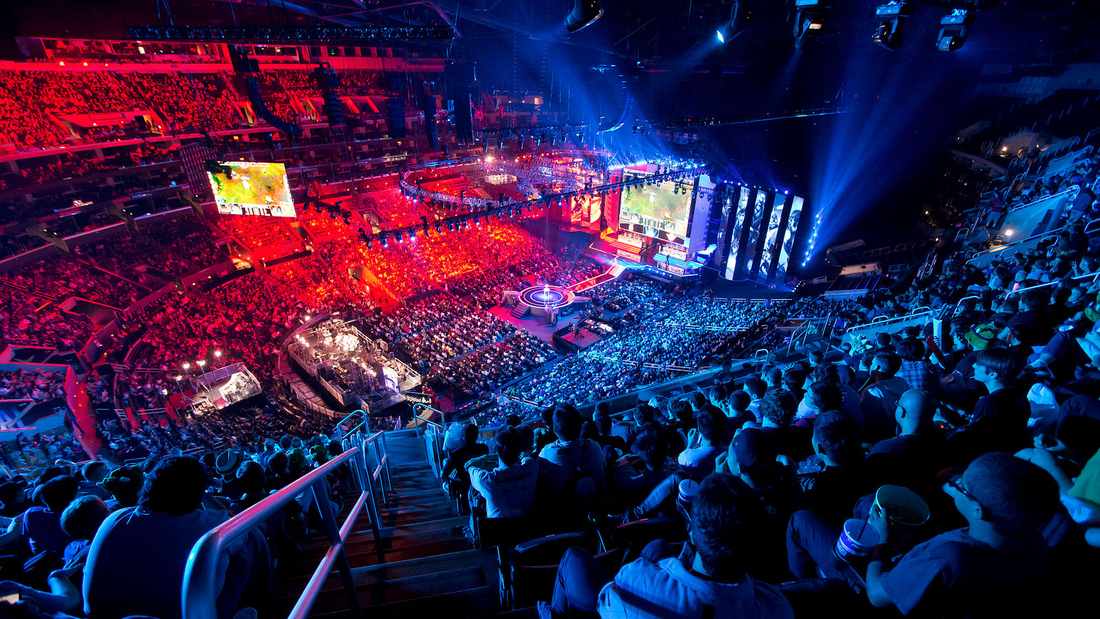 For LCS season four, Riot will again feature teams from North America and Europe competing in a weekly, season-long contest. Riot will also introduce a new Challenger League, co-sponsored by Coca-Cola, in an effort to help elevate players looking to play at a professional level.

Season four's regular season matches, which are attended by hundreds, not thousands (or tens of thousand) of fans, are expected to stay at that size, even as League of Legends eSports presence grows, Beck said. But for larger, international final events, "We need to have larger capacity" — larger than the Staples Center, which the Los Angeles Lakers, L.A. Kings and Kanye West will all play this month.

And while the number of fans who crowd those live events is dwarfed by the number who watch League of Legends championship matches online, Beck says, "If we could squeeze in another 5,000 people, that would be great."