Infamous: Second Son buyers will be able to pick up a Limited Edition or a Collector's Edition of the open-world title, publisher Sony Computer Entertainment announced today.

The Limited Edition will be a free upgrade for first-run copies. It features a foil cover and includes the Cole's Legacy add-on, a set of missions that explains the story between Infamous 2 and Second Son. People who have already pre-ordered the game will receive the Limited Edition. When asked if the content will also be delivered along with PlayStation Store pre-orders of Second Son, a Sony representative said, "We're working on that and will update everyone once we've got plans in place."

Customers also have the option of buying the $79.99 Collector's Edition (image below), which comes with a special cover, a replica of the beanie that protagonist Delsin Rowe sports, eight pins from his in-game vest, an exclusive in-game vest, a patch with the logo of the game's Department of Unified Protection and the aforementioned Cole's Legacy DLC.

Infamous: Second Son, from Sucker Punch Productions, is scheduled to be available in February 2014 exclusively on PlayStation 4. For more, check out our in-depth feature from E3 and our most recent preview. 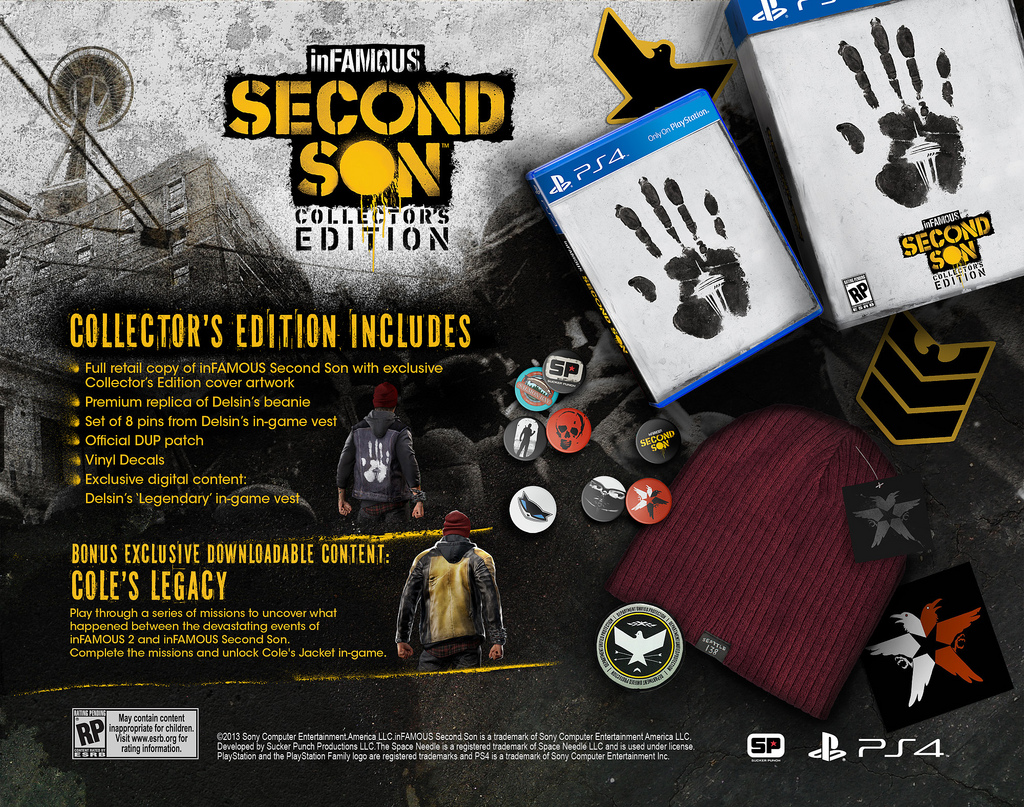