When Human Revolution first came out in 2011, it was praised for its dark, fascinating world, stealth-heavy gameplay and commitment to player choice. The Director's Cut improves on this vision, smoothing the rough patches and offering excellent second-screen play.

The plot — which takes plenty of turns throughout the course of the game — concerns Adam Jensen, a cybernetically enhanced security chief with a tragic past and a tough-guy demeanor. Jensen lives in 2027 Detroit, in a bleak future that sees Earth torn apart by war and all but ruled by powerful corporations, not least of which is Sarif Industries, his employer. In the grand cyberpunk tradition, there are shady deals afoot, vast conspiracies at play and plenty of philosophical hand-wringing about the price of technology and human progress.

As Jensen, you move about hub areas — taking side quests, if you choose — and complete story missions. Missions allow you the freedom to complete them according to your preferences: You can choose to infiltrate a building with lethal or non-lethal means, to sneak around and never engage the enemy or to use hacking and turn existing security features to your side. From the outset, you're given all of the tools — guns, a silent takedown move (in both lethal and non-lethal flavors) and the skills to hack into systems — and let loose into the world.

... In the grand cyberpunk tradition, there are shady deals afoot, vast conspiracies at play and plenty of philosophical hand-wringing about the price of technology and human progress. 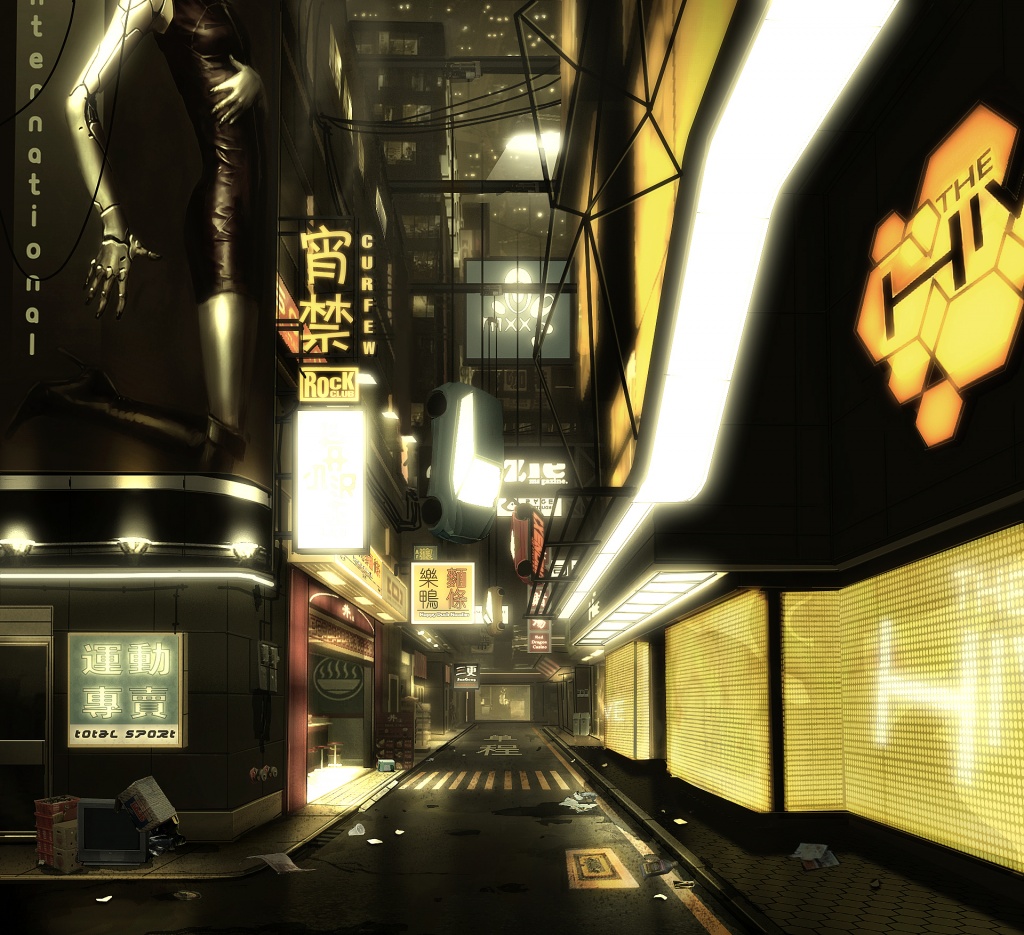 You also have choices when it comes to your skills and abilities. You earn "praxis points" by gaining XP and completing missions and quests, which are good for spending on the "augmentations" you'd like. There are abilities associated with each kind of play style — stealthy upgrades like a limited-time invisibility cloak, thicker skin for the pugilistic, etc. I maxed out my hacking skills early on, which suited my mostly non-lethal (but not entirely stealthy) style perfectly. When I did have dirty work to engage in, I preferred to hack security systems and let robots do it for me. 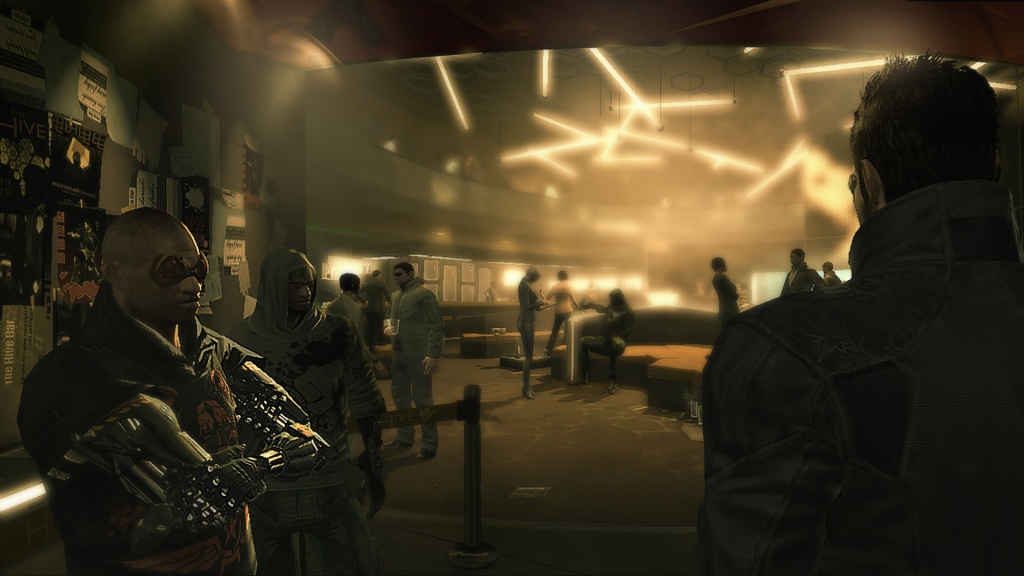 This emphasis on choice — along with often brilliant level and mission design — makes playing Human Revolution a powerful experience. I went into missions tense, worked my way through waves of guards and challenges methodically, and always felt satisfied by my progress. Human Revolution made me feel like a smart, resourceful spy — and that fantasy jibed with the world perfectly.

Deus Ex: Human Revolution's minor characters are often stock stereotypes that occasionally fall into uncomfortable cultural territory. This is most apparent in the voice acting. There are black gangbangers in Detroit that sway between accents, and some of the civilians milling about in Hengsha (a fictional Chinese city) sound awkwardly like English speakers impersonating native Chinese speakers. It doesn't come off as intentionally offensive, but it did give me pause multiple times during my playthrough. 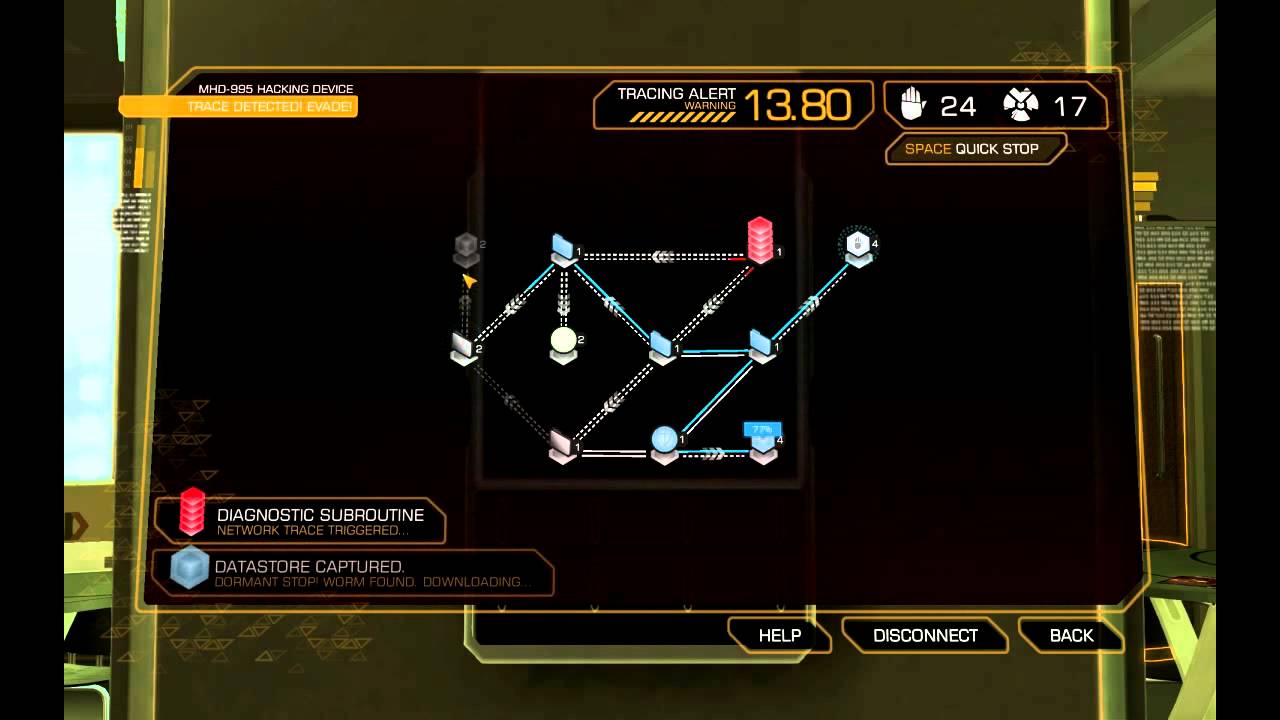 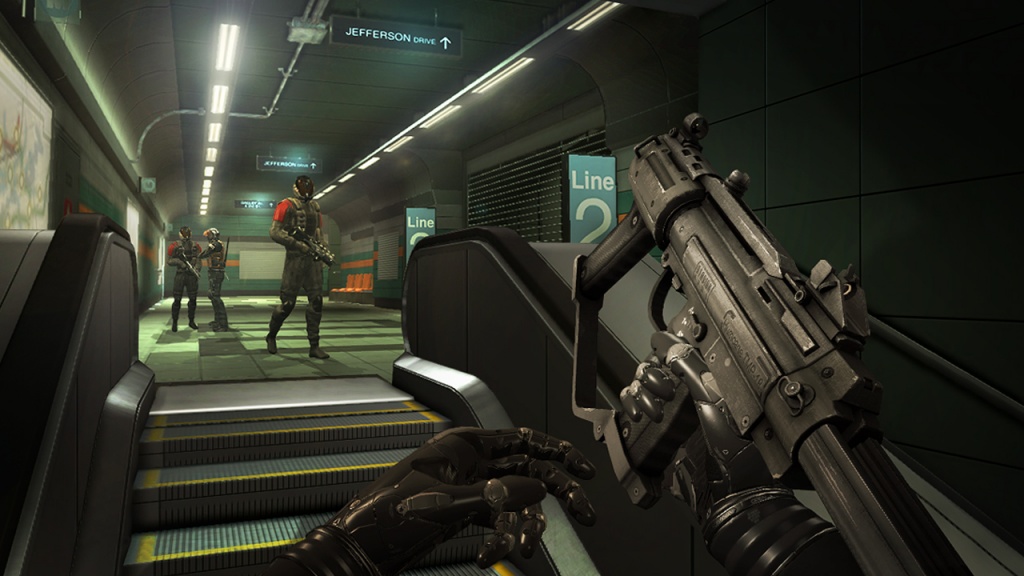 The world-building in Human Revolution is incredible, painting a bleak but plausible future in its every detail. Throughout the game, there are news broadcasts, e-books and emails that portray a culture in flux. I stopped and read every bit of information I could find, no matter what pressing matters needed my attention. I found myself completely absorbed in this universe, entranced by its myriad depressing details.

The setting also happens to be more interesting than our hero. Jensen's guarded persona comes across more wooden than wounded. The plot works without a charismatic protagonist, thanks to the fully realized universe. And the philosophical issues at Human Revolution's core — what it means to be human when we are able to control evolution itself — offered plenty of pleasant mental fat to chew on while I stalked guards around the cold, impersonal buildings.

The Director's Cut is marked by smart, subtle enhancements. The boss fights — which so turned me off in the original game that I never quite completed it — are vastly improved. I was able to hack my way to victory in most situations, or otherwise choose options that didn't leave me high and dry with my underdeveloped firepower. Second-screen play is a godsend as well, with hacking and inventory/augmentation management done via touchscreen. Hacking simply feels better and faster, and having a touch device helped to immerse me in the fiction — I felt like a badass spy with my own nifty device.

With improvements to the game's flow and excellent second-screen support, the Director's Cut of Human Revolution is the definitive version of an excellent game. Human Revolution would bear replaying even without the enhancements — it's a rare title that combines superb world building and storytelling with such dedication to player choice. I lost myself in the world of Human Revolution, and relished every opportunity to dive deeper into its mysteries.