Tracking virtual disease across the world with Moocdemic

Share All sharing options for: Tracking virtual disease across the world with Moocdemic

In today's world of burgeoning mobile technology and social media, disease is easier to track than ever. People tell their friends and family about a bad cold they've come down with via Facebook and Twitter. Phones keep tabs on their location and create a virtual map of places they've visited. That's part of what makes Moocdemic — a game tethered to a Penn State University course on infectious diseases — the perfect learning tool.

The massive open online course, or MOOC, is an eight-week class being taught through video lectures and its companion game. Moocdemic is available to anyone with an internet connection, regardless of whether or not you're enrolled in the course. Using a browser-based application, you create an account accessible through a smartphone or computer. The application scans for diseases, or cases, using your location. As you move throughout your environment, you can pick up readings on nearby cases. Every new find, shareable via Facebook, Google+ or Twitter, rewards you points.

Six hours after the launch of the massively multiplayer online game on Oct. 15, more than 6,000 cases had been spotted throughout the U.S. and Asia. Eighteen hours later, than number grew to 10,000 and then doubled to 20,000. On Oct. 18, the first signs of epidemic sprouted in Egypt. According to Marcel Salathé, an instructor for the course and infectious disease biologist at the university, cases have since been discovered "pretty much every place other than Antarctica." Technology makes everything easier to watch. 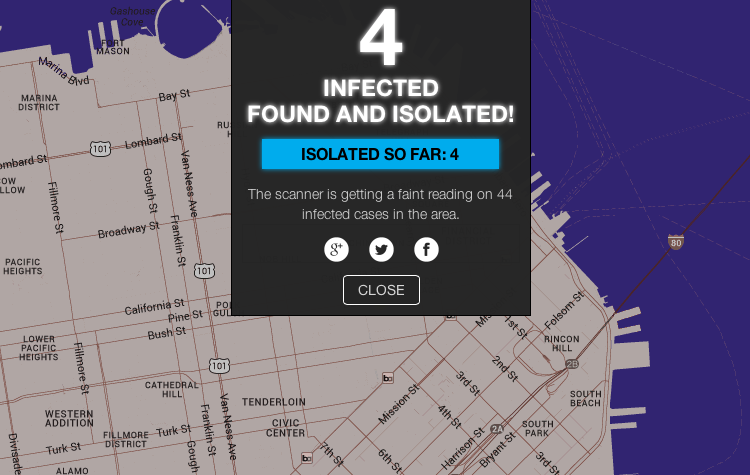 "Epidemics are about something spreading and infecting other people," Salathé said. "Now we're all walking around with these mobile devices that know where we are. We all have our mobile phones — these mini computers — with us every day. The whole world is going mobile and smartphones are everywhere, even in places that we didn't have access to information about."

Moocdemic players are in for a multi-layered ride on infection and control, but the game's greatest teaching moment will likely be found in this idea of spread, Salathé said. He expects the scope of disease to really hit home when players begin to see how far a strain can travel.

This information in itself might be obvious, Salathé said, but the breadth of a disease's reach is something most people don't fully realize. It's difficult, if not impossible in some cases, to track the full spread of infection. There just aren't enough resources.

"Infectious disease is all about this network effect."

Salathé isn't looking to turn Moocdemic into a research project, though disease and MMOs certainly have history. Most famously, in 2005, the Corrupted Blood glitch unleashed a virtual plague upon World of Warcraft. Players infected with a debilitating "Corrupted Blood" debuff were able to transport out of a raid and spread the disease to other players. In-game avatars died in the thousands, littering the streets with the actual bones from their corpses. While some players fled the game's major cities, others took it upon themselves to spread the disease further. The event launched several research projects from epidemiologists who used it as grounds for study on real-world behavior. Salathé calls the incident "deeply fascinating," but remains steadfast that Moocdemic is more of a proof-of-concept tool meant for education and entertainment.

"I see a lot of people [in academia] wanting to develop these games with the best of intentions," Salathé said. "But then you look at the game and it's an obvious research project, that it's kind of boring. We tried to do it the other way, asking ourselves how can we make this maximally addictive, entertaining and educational."

Infection has already proven itself to be an entertaining topic through Ndemic's iOS and Android strategy title, Plague Inc. Players create, cultivate and spread a deadly pathogen in an effort to wipe out the human race. Since its 2012 release, Plague Inc. has been downloaded more than 10 million times. 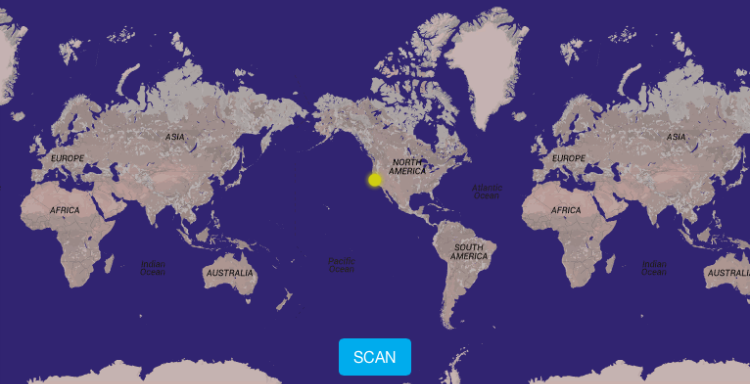 For Moocdemic to be attractive to prospective players, Salathé said, a little realism had to be sacrificed in the disease's spread. He compared it to making a movie like World War Z, where it takes the basic concepts of epidemiology and adds an entertaining kick.

"Some things that we're doing here are clearly not rooted in reality when it comes to epidemiology, but some things are," Salathé said. "I find it fascinating that people are a bit confused about everything right now, because that's exactly what happens if you're in a real outbreak. There's confusion in the beginning."

As Moocdemic progresses, the goal will change from finding cases to spreading virtual disease as you easily would in the real world.

"Diseases that make you cough, for example — that's a very good thing for a disease," Salathé said. "It makes you spread the disease."

"With the game we can [simulate that], because it's the same concept," Salathé said. "It's going to be an incredibly interesting moment to see how you spread your disease all around the world."